Is Old Age a Curse??

It is then children began to see their parents as burden. It is these parents who at times wander out of their homes or are thrown out. Some dump their old parents or grandparents in old-age homes and don’t even come to visit them anymore. Delhi has nearly 11 lakh senior citizens but there are only 4 governments’ run homes for them and 31 by NGOs, private agencies and charitable trusts. The facilities are lacking in government run homes. Taking care of the old is increasingly becoming a threat to the younger generation.

Don't use plagiarized sources. Get your custom essay on
“ Is Old Age a Curse?? ”
Get custom paper
NEW! smart matching with writer

In our present-day society, where money is the measure of everything, the elderly are looked upon as an economic liability and a social burden. The prospect of loneliness often accompanies the process of aging. In fact, many old people, unable to bear this loneliness, commit suicide, and many are clamoring for the right to die rather than be forced to live with the indignities and hopelessness of old age. Aging also hardens the likes and dislikes of a person—his or her prejudices, perceptions, and value judgments that refuse to acknowledge the reality of aging.

Many people get extremely panicky when they become old. In their earlier years, they never paused to think of this inevitability and now they are emotionally ill prepared to accept the fact. They become fearful and depressed. Old age has become a widespread social problem in our time. Improvement in diet, technology, and medicine has increased the longevity of a person. People are living much longer than ever before.

‘The Census Bureau anticipates that sixty-two million people, or almost one in five Americans, will be aged 65 and older by 2025,’4 and that number will continue to rise as the years go by.

Leaders and thinkers are struggling to find a solution for the problem of old age. There are some in the United States who are advocating the idea that there is a duty for the elderly to die, saying: ‘It is a moral responsibility to make room for the young. As leaves fall from the trees in the fall, so old people have a duty to die… To have reached the age of, say, 75 or 80 years without being ready to die is itself a moral failing, the sign of a life out of touch with life’s basic realities. The author John Hardwig, in his article, ‘Is There a Duty to Die? advocates ‘that there already is a legal right to refuse life-prolonging medical treatment’ and claims that ‘a duty to die can go well beyond that… There may be a fairly common responsibility to end one’s life in the absence of any terminal illness. ‘ Indeed, ‘there can be a duty to die even when one would prefer to live. ‘ Well the above said all are famous quotes and sentences on old age said by famous writers and peoples. Well the moment we are hearing the word OLD, if there is an Indian he’ll mostly thinking of the place Old age home.

Why is that? The ideas of old age homes were first proposed by western countries. In western countries the professionals who were very busy to look after their parents while working introduced the system old age homes. Well as TRYING to be more modern India also copied the same system. But the fact is that now a days the western countries identified the defects of having children without elder people care and are now thinking of elders as assets of their life. But don’t know why Indians are not seeing it as modern.

The soulless Indian still thinks it’s less easy to dump their parents than looking after them… For the protection of old people constitution of India has included some laws commonly called as Rights of the Elderly. They are given below… Rights of the Elderly * Parents cannot be evicted from a house without due process of law if they have been staying there from before. There is three enactments that can be applied. * Under section 125 of the CrPC, a magistrate can order a child to maintain his old parents under the Maintenance of Parents Act. The Hindu Adoptions and Maintenance Act say an aged parent can demand maintenance from children in the same way that a wife can demand it from her husband. * The Domestic Violence Act too provides parents with the right to seek relief from any kind of abuse. A National Policy on older persons was announced in January 1999 which identified a number of areas of intervention-financial security, healthcare and nutrition, shelter, education, welfare, protection of life and property for the wellbeing of older persons in the country. 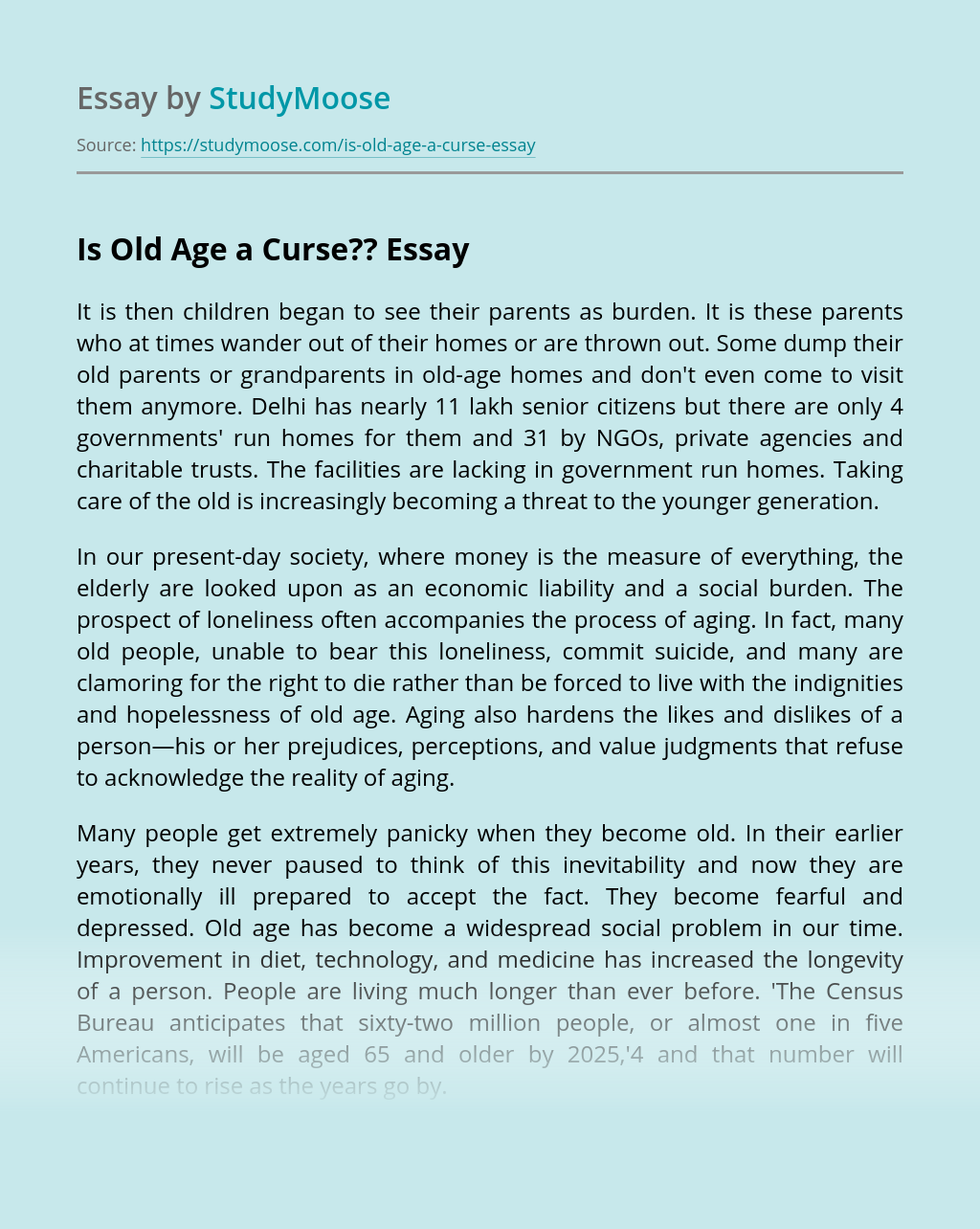