Dengue fever, also called dengue, is a potentially serious disease caused by a virus. There are four types of dengue virus that can cause illness in humans. Dengue viruses are transmitted between humans by the bite of an infected Aedes mosquito.

Dengue is rare in the U.S., but is common and a serious public health threat in warm sub-tropical and tropical areas of the world. These include areas of Central and South America, Africa, Southeast Asia, China, India, the Middle East, Australia, the Caribbean and the South and Central Pacific.

Don't use plagiarized sources. Get your custom essay on
“ Introduction for Dengue Virus ”
Get custom paper
NEW! smart matching with writer

Dengue fever is most common in urban areas and outbreaks occur commonly during the rainy season when mosquitoes breed heavily in standing water. The incidence of dengue fever is on the rise worldwide, and in some areas of Asia, complications of the disease are a leading cause of serious illness and death in children.

Mosquitoes pick up a dengue virus when they bite a human who is already infected with the virus.

The mosquito then carries it in its own blood and spreads it when it bites other humans.

After a dengue virus enters the human bloodstream, it spreads throughout the body. Symptoms appear in about eight to ten days after a bite from an infected mosquito. Symptoms are flu-like and can include high fever, nausea, vomiting, body aches, and headache.

Most people can recover from dengue fever, but some cases can progress into a life-threatening complication called dengue hemorrhagic fever. Symptoms of this disease include severe, uncontrolled hemorrhage and shock.

For more information on symptoms, refer to symptoms of dengue fever. 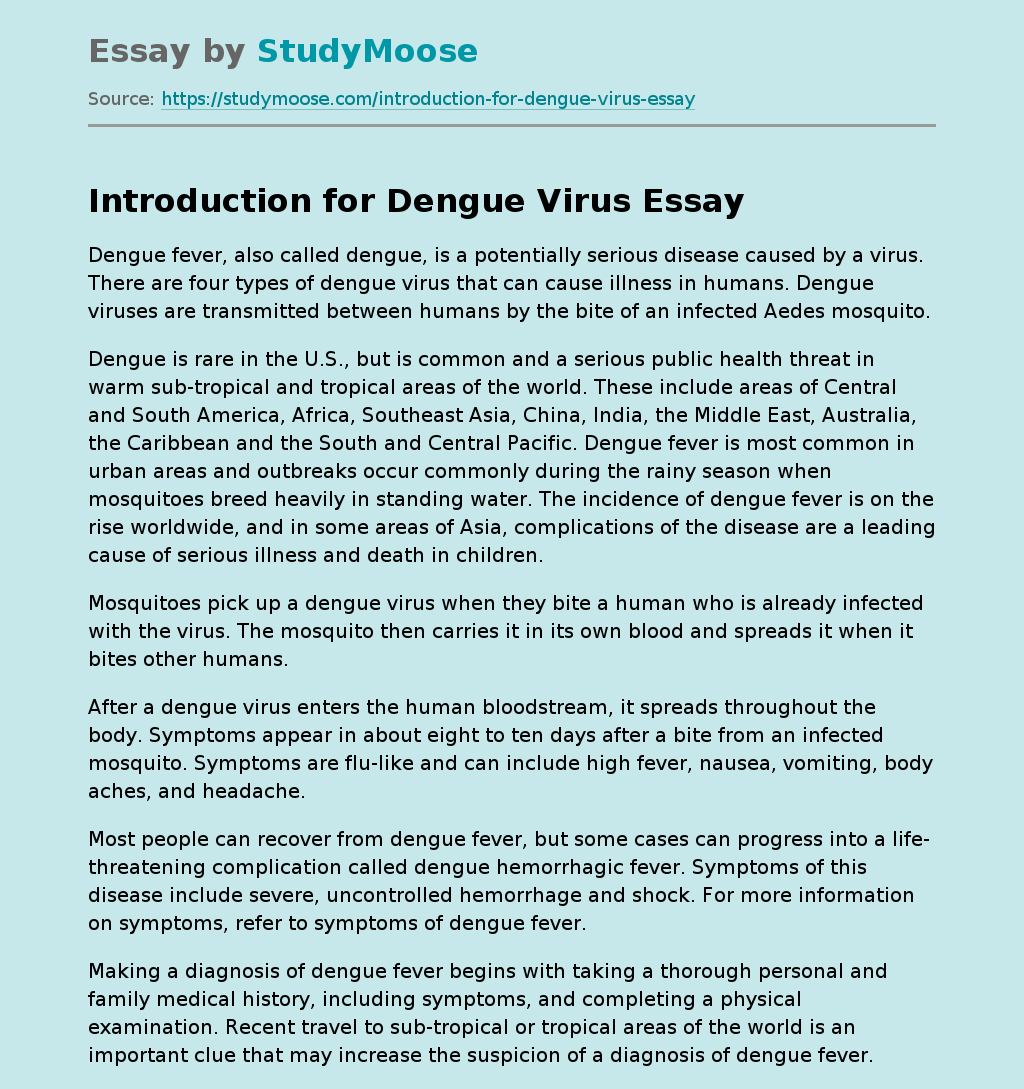