Influences and Characteristics of Entrepreneurial Behavior

Management skill and strong team building abilities are often perceived as essential leadership attributes[3] for successful entrepreneurs. Robert B. Reich considers leadership, management ability, and team-building as essential qualities of an entrepreneur. This concept has its origins in the work of Richard Cantillon in his Essai sur la Nature du Commerce en (1755) and Jean-Baptiste Say[4] in his Treatise on Political Economy.

Psychological studies show that the psychological propensities for male and female entrepreneurs are more similar than different. A growing body of work shows that entrepreneurial behavior is dependent on social and economic factors.

Don't use plagiarized sources. Get your custom essay on
“ Influences and Characteristics of Entrepreneurial Behavior ”
Get custom paper
NEW! smart matching with writer

Research studies that explore the characteristics and personality traits of, and influences on, the entrepreneur have come to differing conclusions. Most, however, agree on certain consistent entrepreneurial traits and environmental influences.

Although certain entrepreneurial traits are required, entrepreneurial behaviours are also dynamic and influenced by environmental factors. Shane and Venkataraman (2000) argue that the entrepreneur is solely concerned with opportunity recognition and exploitation, although the opportunity that is recognised depends on the type of entrepreneur; while Ucbasaran et al. (2001) argue there are many different types contingent upon environmental and personal circumstances.

Jesper Sørensen has argued that some of the most significant influences on an individual’s decision to become an entrepreneur are workplace peers and the social composition of the workplace.

The ability of entrepreneurs to innovate is thought to relate to innate traits such as extroversion and a proclivity for risk-taking. According to Schumpeter, the capabilities of innovating, introducing new technologies, increasing efficiency and productivity, or generating new products or services, are characteristic qualities of entrepreneurs.

However, there are also critical perspectives that attribute these research attitudes to oversimplified methodological and/or philosophical assumptions (Gartner, 2001). For example, it has been argued that entrepreneurs are not that distinctive, but that it is in essence unrealistic preconceptions about “non-entrepreneurs” that maintain laudatory portraits of “entrepreneurs” (Ramoglou, 2011).

A. Based on functional characteristics

[edit]B. Based on development angle

4. Satellite: This entrepreneur assumes a suppliers role and slowly move towards a productive enterprise. 5. Local trading: such entrepreneur limits his enterprise to the local market.

C. Based on entrepreneurs business

Based on personality traits

1. The improver: They have unwavering to run these businesses with high integrity and ethics. 2. The advisor: “Customer is right and we must do everything to please him” because company is built by advisors and advisors become customer focused. 3. The superstar: All depends upon the charisma and on the high energy of the superstar CEO. 1. EX: Richard Branson (400 co’s/Virgin coin), Larry Page (Google), Lt. Steve Jobs (Apple), Ratan Tata (Tata sons). 4. The artists: Are highly creative type, very conscious about business. If feedback is constructive i.e. positive than also lets go with negative self-image. 1. EX: Aamir Khan, Michael Dell (Dell), MC Cormich (EMI).

8. The hero: Have an incredible will and ability to lead the world and your business through challenges. 9. The healer: They provide nurturing harmony to their business, they have uncanny abilities to survive and persists inner calm. 1. EX: Dr. Bindeshwar Pathak (Sulabh International), Kumar Manglam Birla (Son of L.M Birla). 1. The Opportunistic: take advantage of opportunities as they occur. 1. EX: Mark Zuckerberg

Recent advances in entrepreneur researcher indicate that the differences in entrepreneurs and the heterogeneity in their behaviors and actions can be traced back to their the founder’s identity. For instance, Fauchart and Gruber (2011) have recently utilized social identity theory to illustrate that entrepreneurs can be distinguished in three main types: Darwinians, Communitarians and Missionaries. These types of founders not only diverge in fundamental ways in terms of their self-views and their social motivations in entrepreneurship, but also engage fairly differently in new firm creation. 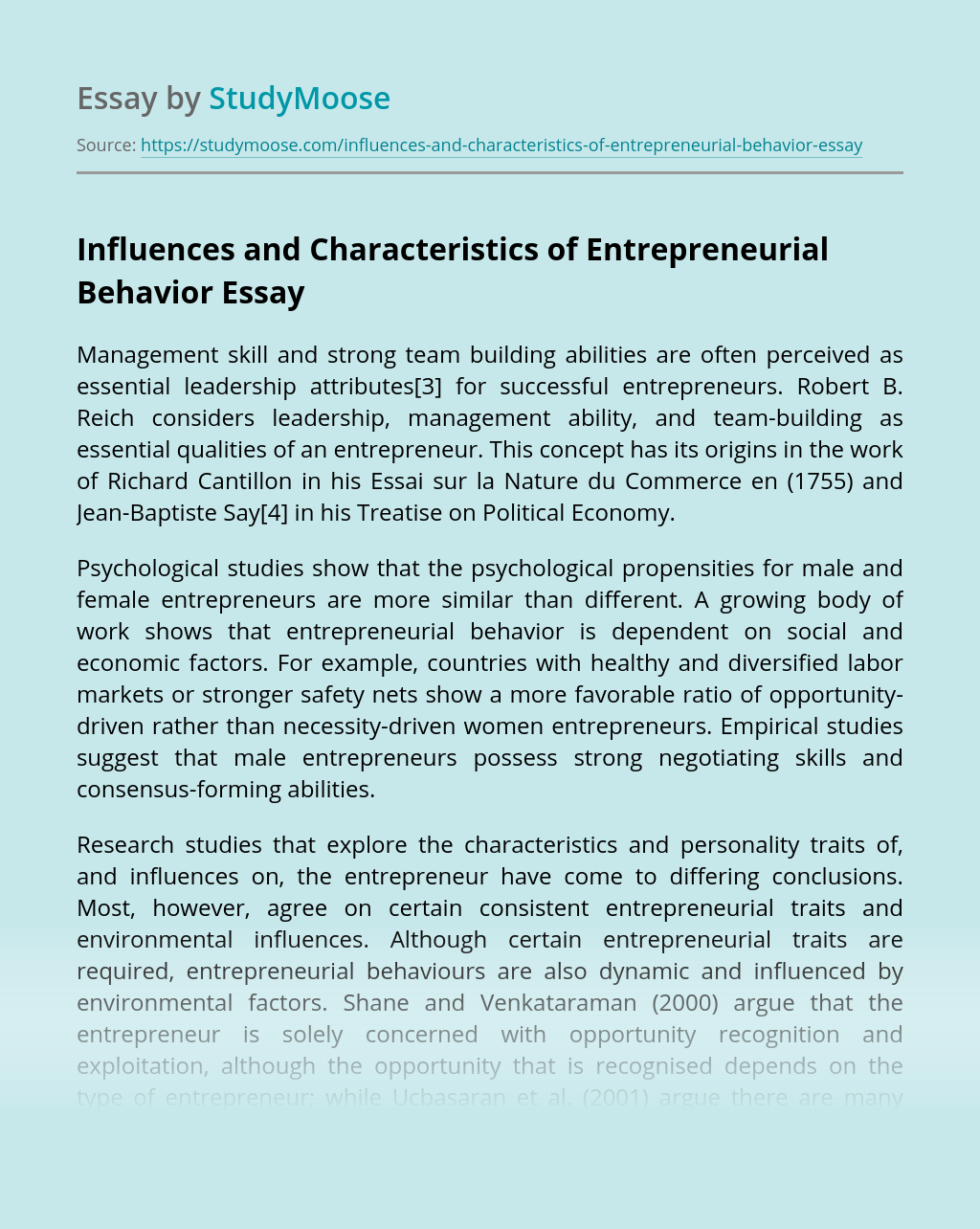