independence Day- the day when British left the golden bird free from their rule. But the bird was left looted, harassed, with the slightest of hope to survive. Then followed a long fight for the survival of golden bird. 64 years have passed and the country is still ‘developing’. The whole world says and even we believe that we are the citizens of an independent country. But a question always keep on hovering in my mind, the answer to which I never found out.

Don't use plagiarized sources. Get your custom essay on
“ Independence day speech ”
Get custom paper
NEW! smart matching with writer

You also give it a try. Is India really free? Are we not bound by so many handcuffs of ever growing poverty, illiteracy, unemployment, crimes, men-women inequality, limited technology and the worst of all which potentiate other bounding forces too- Corruption?

Shocked seeing the figure?? Don’t be because there is still a large figure behind the scene which the CBI has failed to suspect. “Angrez chale gaye par inhe chod gye”- the best phrase that can describe our corrupt politicians and high commanding officers.

And why only blame these famous names. Even an ordinary man is giving them a tough competition- Wrong ways to save income tax, Under table income, and what not. Fighting with any outsider is easy but how to fight with someone amongst ourselves. How to punish a crow from within a group of parrots? And what adds to the tragedy is that everyone is inside this dirty cave of corruption.

Those who are in the light of honesty and truthfulness don’t want to make an initiative to clean this dirt.

A grand salute to those great leaders like Mahatma Gandhi, Jawaharlal Nehru, Swami Vivekanand, Lal Bahadur Shastri, Bhagat Singh who broke a revolt against British and drove them back to their home. Today again we need such leaders to drive corruption out of this beautiful country. Then we all will proudly say that “Yes!! We are the citizens of an independent country which flies unbound in the sky of glory and success”. Happy Independence Day to all !! Let us vow to make our country a free bird again. Jai Hind!! 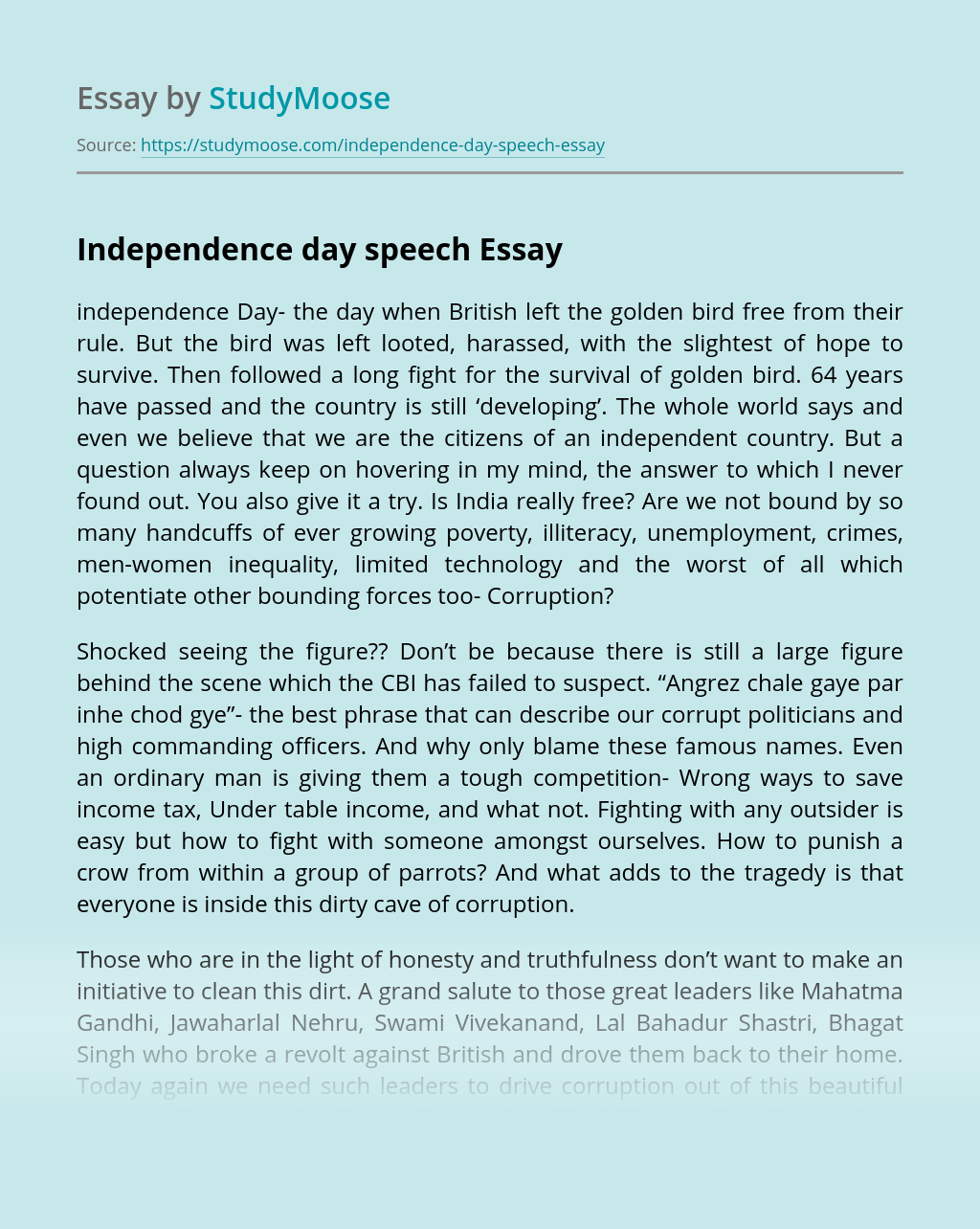