In this essay I will discuss the following aspects, in admiration of Arundati Roy’s The God of Small Things. I will include the characteristics of departure as the idea of home being the place that migrants leave as well as a place that seeks out at this destination. The next topic I will discuss is the crossing of borders, and the reasons for the characters trying to do so. The process of returning as well as departures and the source, reasons for doing so, in addition to the consequences and problems that the returning migrant may have after their arrival.

Don't use plagiarized sources. Get your custom essay on
“ In this essay I will discuss the following aspects in admiration of ”
Get custom paper
NEW! smart matching with writer

Factors of time and space play a significant role here. The novel The God of Small Things, which was published in 1993, takes place in Ayemenen, Kerala, India and throughout the novel it goes back and forth between the years 1969 and 1993. India is multi-cultural, the people consist of Hinduism (which is the bulk), Buddhism, Christianity and Islam. India also has its very own a caste system of Touchables (Ipe family) and Untouchables (Velutha).

The Touchables are separated into Brahmins (priests, scholars), Kshatriyas (warriors), Vaishyas (merchants and bankers like the Ipe family and Shudras (servants). Even though a law was passed in the 1950 to prohibition discrimination against the Untouchables, we are able to see that in the novel that cultural discrimination is still so powerful in Ayemenem. India was unbound from British rule and became an independent state in 1947.Moving has to occur between two spaces that are different from one another in relation to language and culture of these residence.

In this essay I will discuss the following aspects in admiration of. (2019, Aug 20). Retrieved from http://studymoose.com/in-this-essay-i-will-discuss-the-following-aspects-in-admiration-of-essay 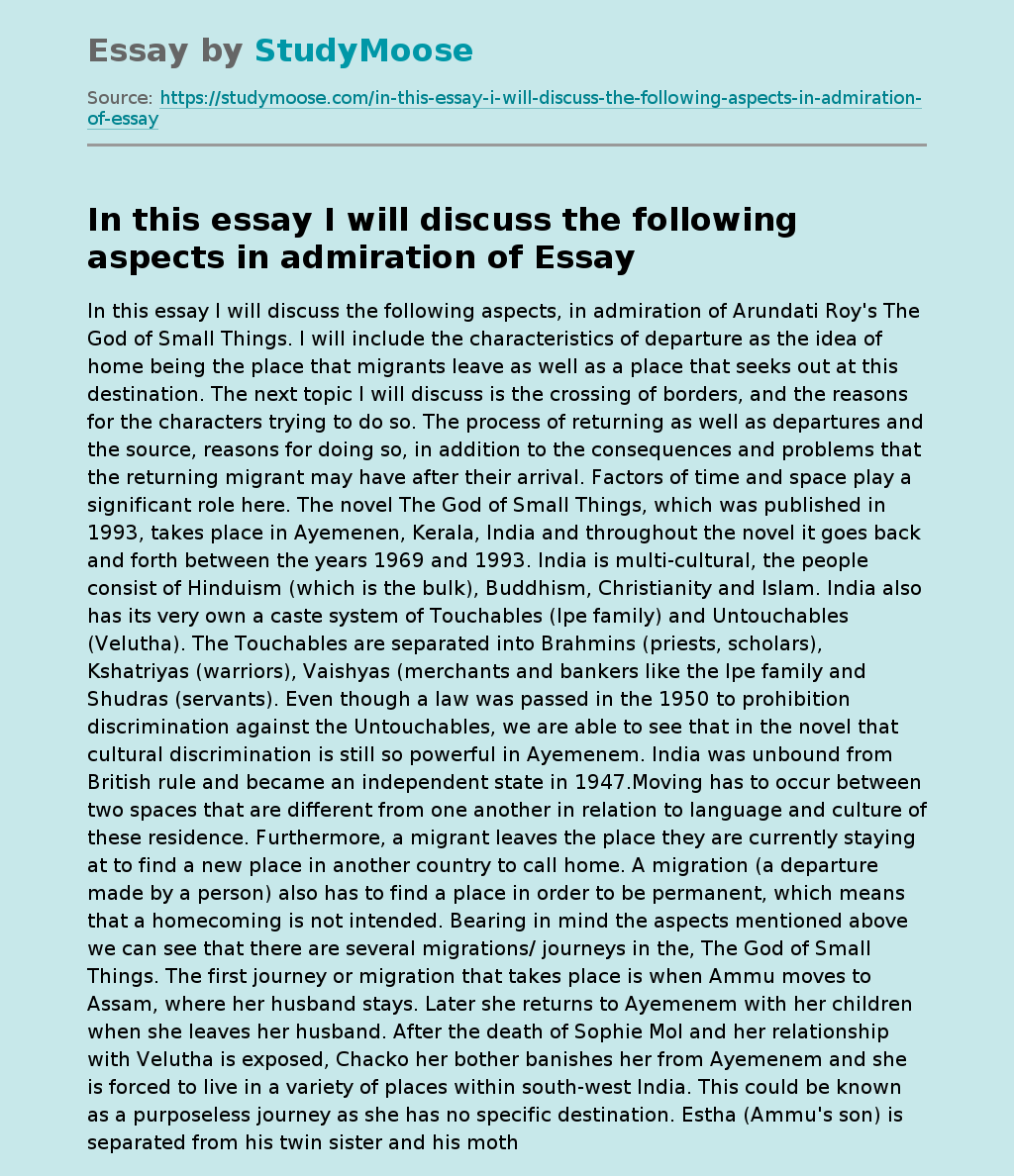