Huawei Wants to Beat Apple in Smartphones in Two Years

Having made its name as a builder of telecommunications networks, Huawei has been active in the consumer devices market for only a few years and is now the third-biggest smartphone maker after Apple Inc. and the world leader in the $400 billion market, Samsung Electronics.

"When we announced four years ago that we wanted to sell phones, people told us we were crazy.

Don't use plagiarized sources. Get your custom essay on
“ Huawei Wants to Beat Apple in Smartphones in Two Years ”
Get custom paper
NEW! smart matching with writer

When we said we wanted to sell 100 million phones, they told us we were crazy," Yu said at a launch event in Munich.

Huawei on Thursday launched a new premium phone, which will sell for about $777 apiece. A version developed with Porsche Design will cost about $1,550.

The phone has a new artificial intelligence feature: It can learn about its user's habits and automatically put the most frequently used apps in easy reach.

Huawei was the world's third-largest smartphone maker in the third quarter with 33.6 million shipped devices, giving it a 9 percent market share, according to research firm Strategy Analytics.

Apple was still well ahead with 45.5 million devices, or a 12 percent market share. Samsung was the world leader with 75.3 million shipped devices and a market share of 20.1 percent.

"We are going to take them (Apple) step-by-step, innovation-by-innovation," Yu said, adding that he expected to improve Huawei's position along with technology shifts.

"There will be more opportunities. Artificial intelligence, virtual reality, augmented reality," he said. "It is like driving a car. At every curve or turn, there is an opportunity to overtake the competition."

With the new phone, dubbed Mate 9, Yu expects to make a break in European markets such as Germany, France and Great Britain. "In Finland, we are already number one," he said.

With Apple struggling to come up with surprise designs and Samsung reeling from having to scrap its flagship phone, Yu said Huawei was at a tipping point. 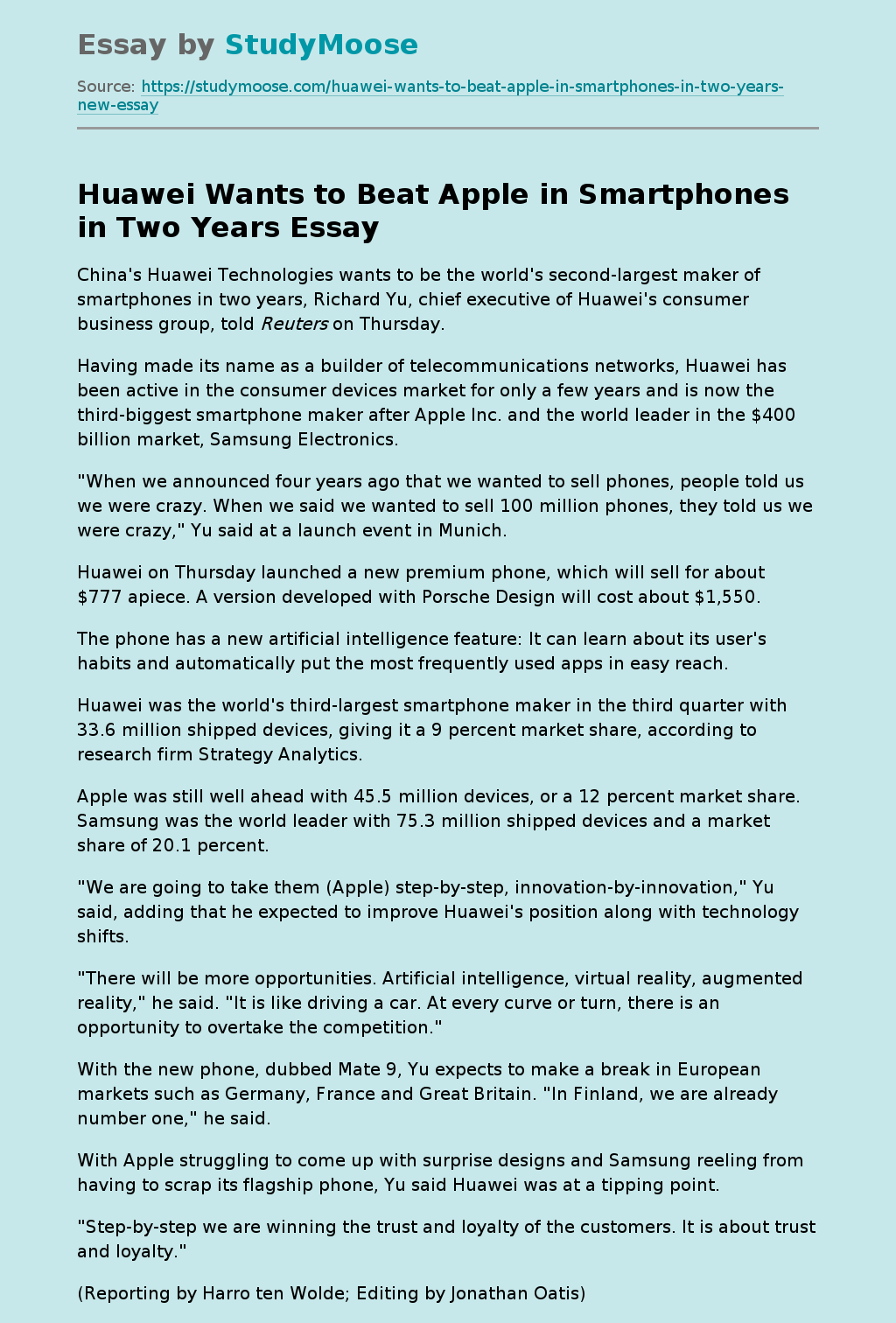