“Greed captures the essence of the evolutionary spirit.” (Michael Douglas, Wall Street). The very idea of greed carries a negative connotation, however, does it drive the economy to bigger and better things? I think so, because without greed, people wouldn’t have a lust to create bigger, better, more efficient products. Greed causes competition of companies, every company wants to be rated #1 by consumers, and it’s that greed that leads to more productivity and innovation.

Nearly everyone wants to get at least one thing that they don’t have, and to want that new car, new house, new computer, new bike, or whatever it is, the majority of people are willing to do almost whatever it takes to get it, that itself is greed.

Don't use plagiarized sources. Get your custom essay on
“ Greed – Good or Bad? ”
Get custom paper
NEW! smart matching with writer

And greed feeds the American economy and keeps it going, greed leads to expansion in foreign trade and creates business opportunities. It causes an expansion of trade because people are willing to trade with other countries for goods that we our self can’t produce, or that can be produced cheaper.

Greed is one of the most powerful tools in America; however, some would argue that greed is a bad thing because it leads to scandals and crime. This can be true, however, greed is used productively more often than not.

Greed isn’t only good for business owners or producers; it’s good for everyone because it motivates everyone to strive for better things. Greed is the driving force of the economic world, and if everyone had the same financial, social, and political status, no one would care to strive for a better life.

Rich people are not greedy in fact; they donate more to the “unfortunate” ones than any other class of people in America. Greed is especially a driving force in the American economy because everybody in America wants to get rich. Some people say greed is a necessary evil, I say it makes America the powerful country it is today, and gives everyone the dreams of making it big. 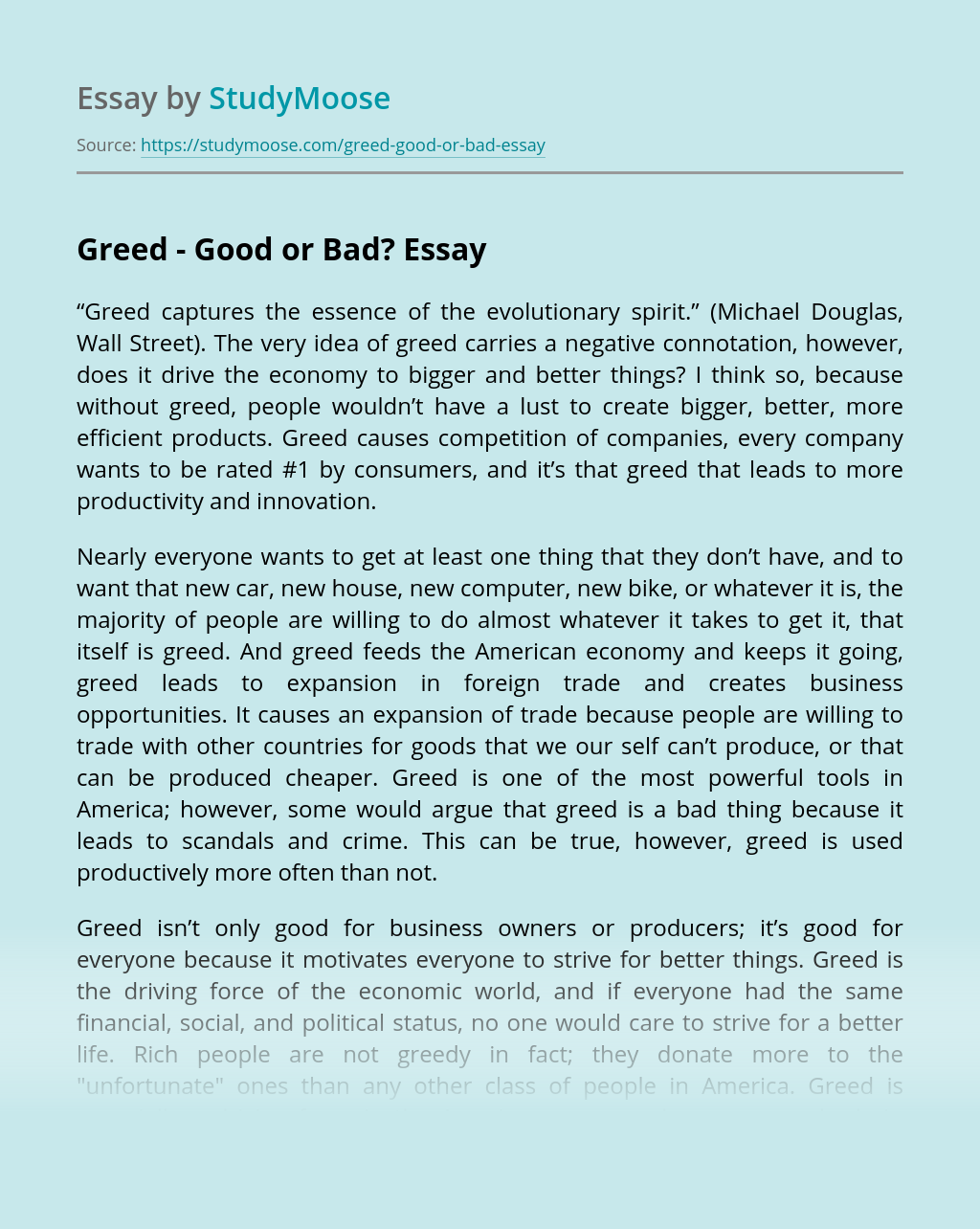