Women were defined by their roles as daughters, wives, and widows, women were closely supervised and had limited legal and political rights. Women were expected to take care of the children in the family and do household work that was not done by a maid. Men were typically the protector of the household, therefore the male would sleep on the ground floor in order to react in the event of an intrusion or emergency.

Don't use plagiarized sources. Get your custom essay on
“ Gender Roles In Society and Euphiletus’s Testimony ”
Get custom paper
NEW! smart matching with writer

Most women spent a significant portion of their lives segregated in their own quarters, usually on the second floor of the house to limit access to the street. Typically, men’s quarters were on the first floor, intended in part of prevent unsupervised meetings between women and men from outside the family.

This idea of men and women living on separate floors emphasized the differing gender roles in Greek society, men were the protectors and women cared for the children.

According to Euphiletus, why did his wife cross the boundaries of this geography

How did this set the stage for his woes? According to Euphiletus, his wife crossed the boundaries of the domestic space’s geography so that she could better care for her child without having to go to a different floor.

It was his idea to put her on the first floor, regardless of the ideas in Greek culture about protection and keeping the women away from access to the streets. This set the stage for his woes because he gave men the opportunity to come and seduce his wife. It would be harder for him to catch his wife in the act of infidelity if she was closer to the door.

Gender Roles In Society and Euphiletus’s Testimony. (2016, May 07). Retrieved from https://studymoose.com/gender-roles-in-society-and-euphiletuss-testimony-essay 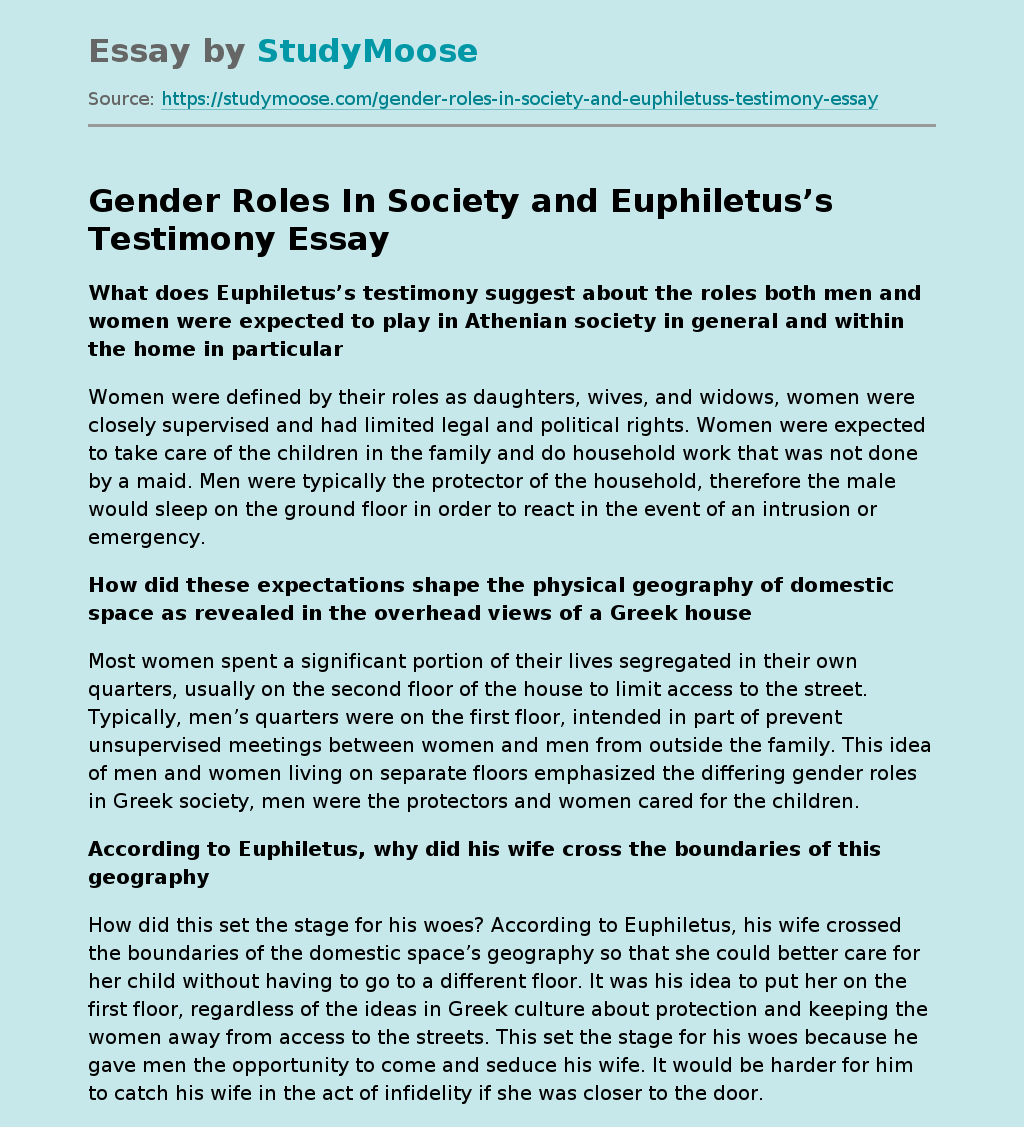