Many Liberal feminists believe that gender role of socialization is the major reason for sexual division of labor. The main act which is responsible for this change is because of the activities and nurturing that is been followed right from the home of the girl or the boy. At homes there is mainly manipulation and canalization where in girls or boys are forced to use things or do acts which are gender specific. For example, a girl is assumed and encouraged to be emotional and caring while a boy should be brave and strong at heart.

Don't use plagiarized sources. Get your custom essay on
“ Gender Role Of Socialization ”
Get custom paper
NEW! smart matching with writer

In certain cases, a woman is still expected to be associated with the typical roles of a housewife / mother which restricts her from being a career oriented individual. Most of the time they take a back seat for their children’s upbringing , because they have been nurtured from home to be the nurses of the family and are known to be the maternal nurses. According to Marxist feminist, these inequalities will end once capitalism ends.

Racial discrimination starts from home in the relationship between a wife and a husband. The way men would behave with women at work is directly related in majority of cases with their behavior with women at home. There are different reasons for gender inequalities. The reason is not always that a woman is forced to remain at home but in most of the cases she chooses to be. But most of the feminists deny this theory as they feel this inequality is due to the employer’s attitude then mere women’s choices.

Even in instances where in a women may be career oriented but still will be differentiated based on the salary front. Women are also considered to be slow at work and less committed and unskilled which prevents them in the eyes of the employer to take on higher posts. There are two kinds of labor market that exists, Primary labor market which comprises of managerial and professional workers and Secondary labor market comprises of unskilled and semi skilled workers.

Most of the instances show that if a women have taken a 5 year break from their career for their children then getting back in the job industry will be very difficult for her as she is considered to be less skilled for the same job. Hence they are restricted to be promoted at higher levels of the management. Employers consider women as a reserve or a back up labor force in companies as they will recruit them only if they have certain less skilled jobs to be carried out. Shifts in the gender inequalities are mainly differentiated based on ethnic groups, age and geographical regions.

The expectations according to UK labor are that women will be “individualized” and will be economically better advanced. But still women are disproportionately employed as part time employers and are sometimes not paid even. Certain studies show that production and reproduction are required for the existence of human society but for women to bear children is incompatible. Low fertility of women, maternal responsibilities often are the causes of women’s underachievement compared to men at the working place. 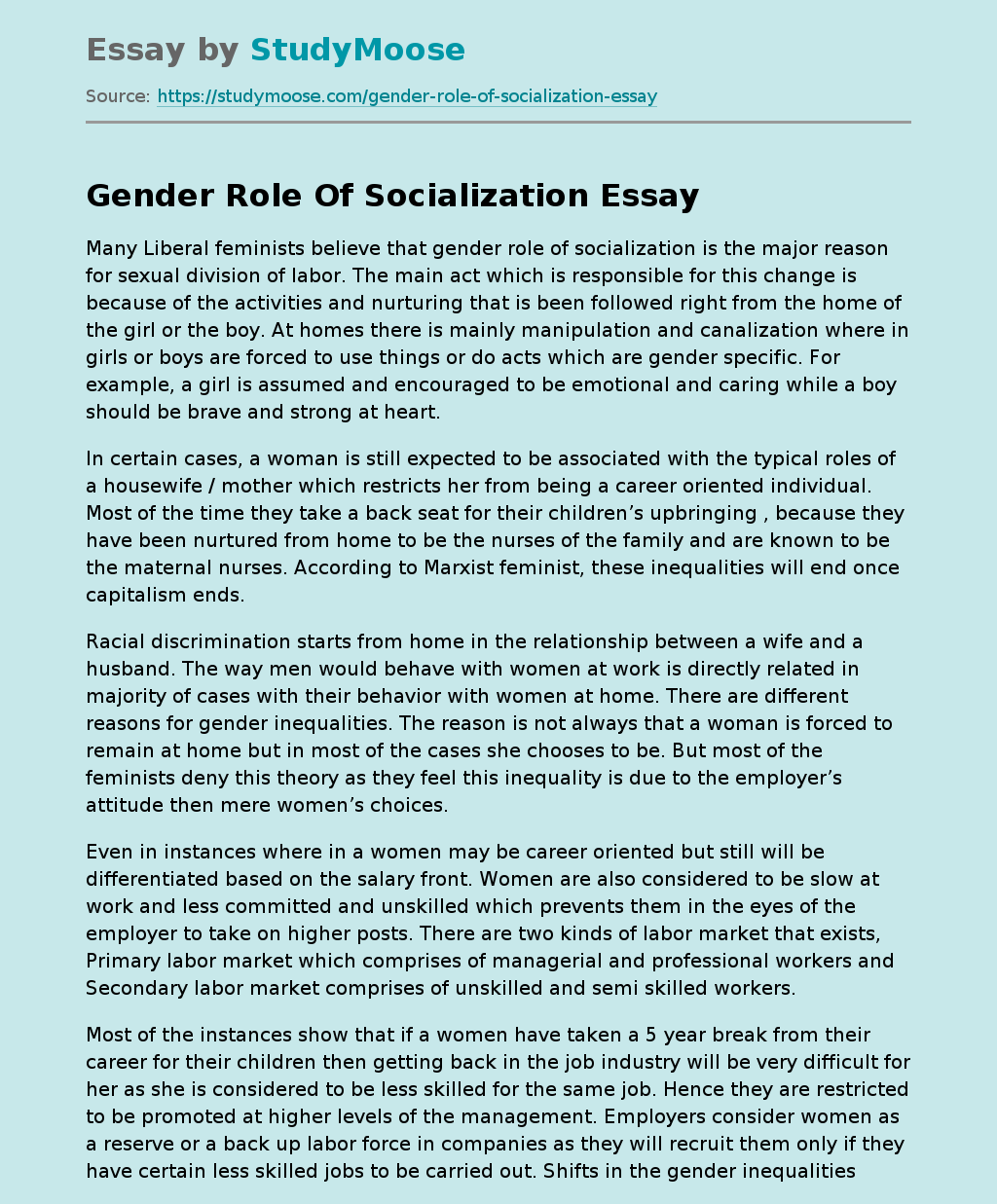