Don't use plagiarized sources. Get your custom essay on
“ First Time Going to the Principals Office ”
Get custom paper
NEW! smart matching with writer

I was so nervous/scared and didnt know why i was being called down.

When i got down there it was a lady sitting at the desk calling other students names to go back and see the principal. I walked up to the desk and gave her my pass. She took the pass & told me have a seat and get comfortable because I’ll be waiting a long time until my name gets called. After she said that i got even more scared.

As i was sitting there waiting for my name to be called i started to think about everything i had done that week so when it was my turn to go back there it wouldnt be a surprised to why i was being called down there.

When i walked into his office the look on his face was distasteful. He told me to have a seat and said he have a couple questions to ask me. I told him okay. The first following question he asked me was “whats going on? “. i didnt really know how to respond to that so i said “nothing is going on”. He opened his mouth to say something else to me, im hoping that its about why im down here.

Before he could say anything i hurried and opened my mouth to ask why i was down here. He looked at me and started smiling and said your not in trouble you were called down here because there was a fight that happened earlier this week envolving two girls that you know and were really good friends with, and im wondering do you know what could have started the fight . All that worrying about whether i was in trouble or not went away. I told him i didnt know what could have started the fight.

He asked me do i think that it couldve started in the class room during any of the activities we were doing, I said no. He said okay thats all i wanted to know I’ll write you a pass back to class. As he handed me the pass he asked me one more question, The question was why was i so nervous when i came into his office. I told him it was because i thought i did something wrong and because it took a long time for my name to be called. He said it took so long because of my last name, they were calling people in alphabetical order. 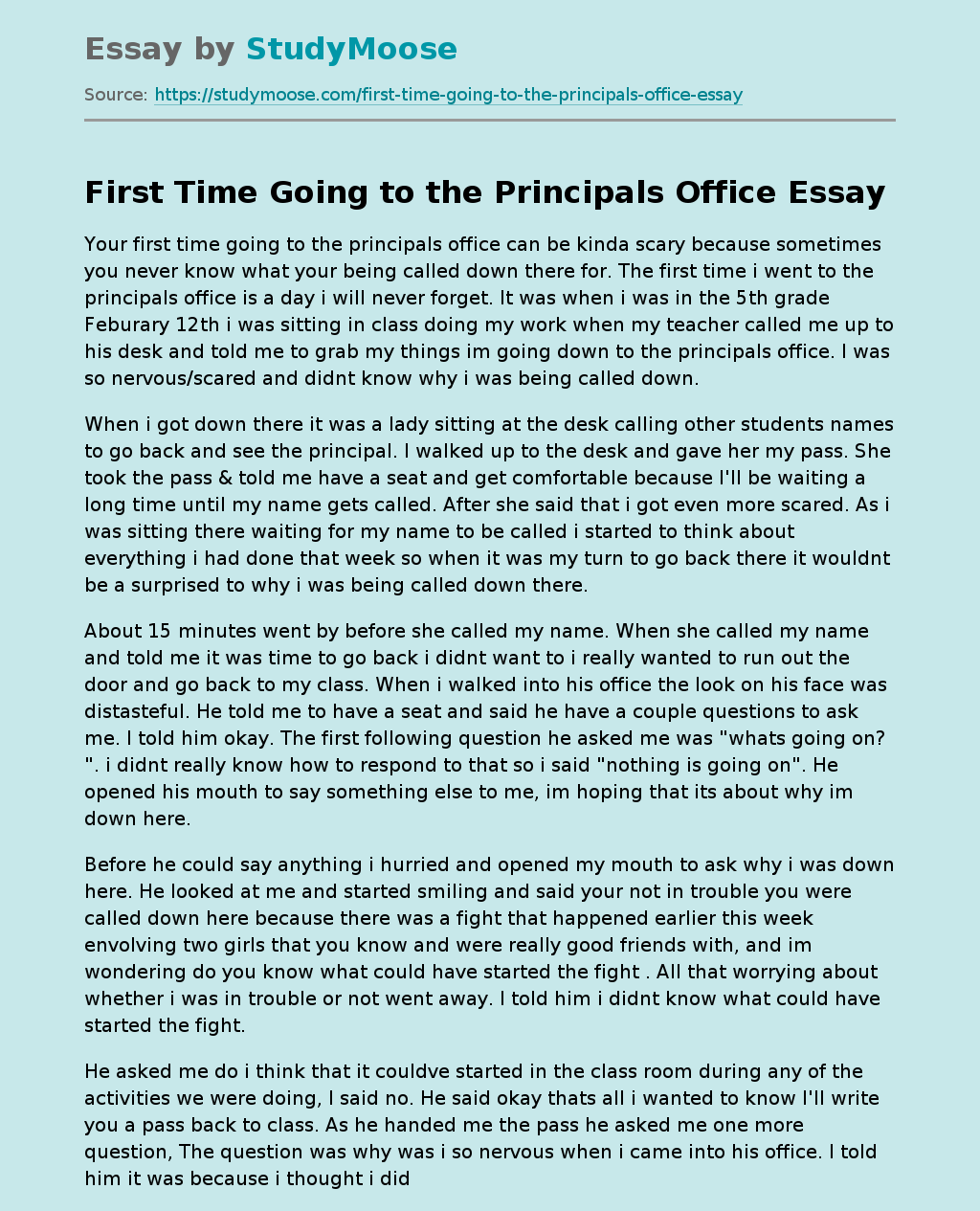