Social media is unique and its huge popularity completely changed the advertising and promotion and other marketing practices. Social media also influences consumer behaviors from information acquisition to post-purchase behaviors, such as unsatisfactory statements or behaviors of products or companies (Simona, Iuliana, Luigi, Mihai, 2013).Facebook is a kind of social media site that actually gathers different people in a virtual platform to guarantee deeper social interaction, stronger community and implementation of cooperative projects. Moreover, Facebook is an online platform to help people share their ideas, experiences and opinions and communicate with each other.

Millions of people use Facebook every day. According to research in 2012, Facebook had 500 million active users worldwide at the end of the years. After two year later, the number of active users almost doubled to 955 million (Fazal, Muhammad, Tariq, Shabir, 2014). According to the survey of Facebook 2018, 37% of the users are active users who logs into the app at least once a month (Paula, 2018). Therefore, advertisers develop word of mouth through Facebook, which makes Facebook advertising an effective means to enhance the brand image of various goods and services (Kaplan & Haenlein, 2010).

Facebook allows companies to target specific customers and advertise their products or services through effective advertising. This has led to widespread the use of Facebook around the world and make Facebook become a new major of advertising platform that companies use to reach potential customers (Fazal, Muhammad, Tariq, Shabir,2014)In Facebook’s promotional posts and last year’s offer, Facebook allowed marketer marketing in a mobile environment, where most users visit Facebook, which is the Mobile phone. 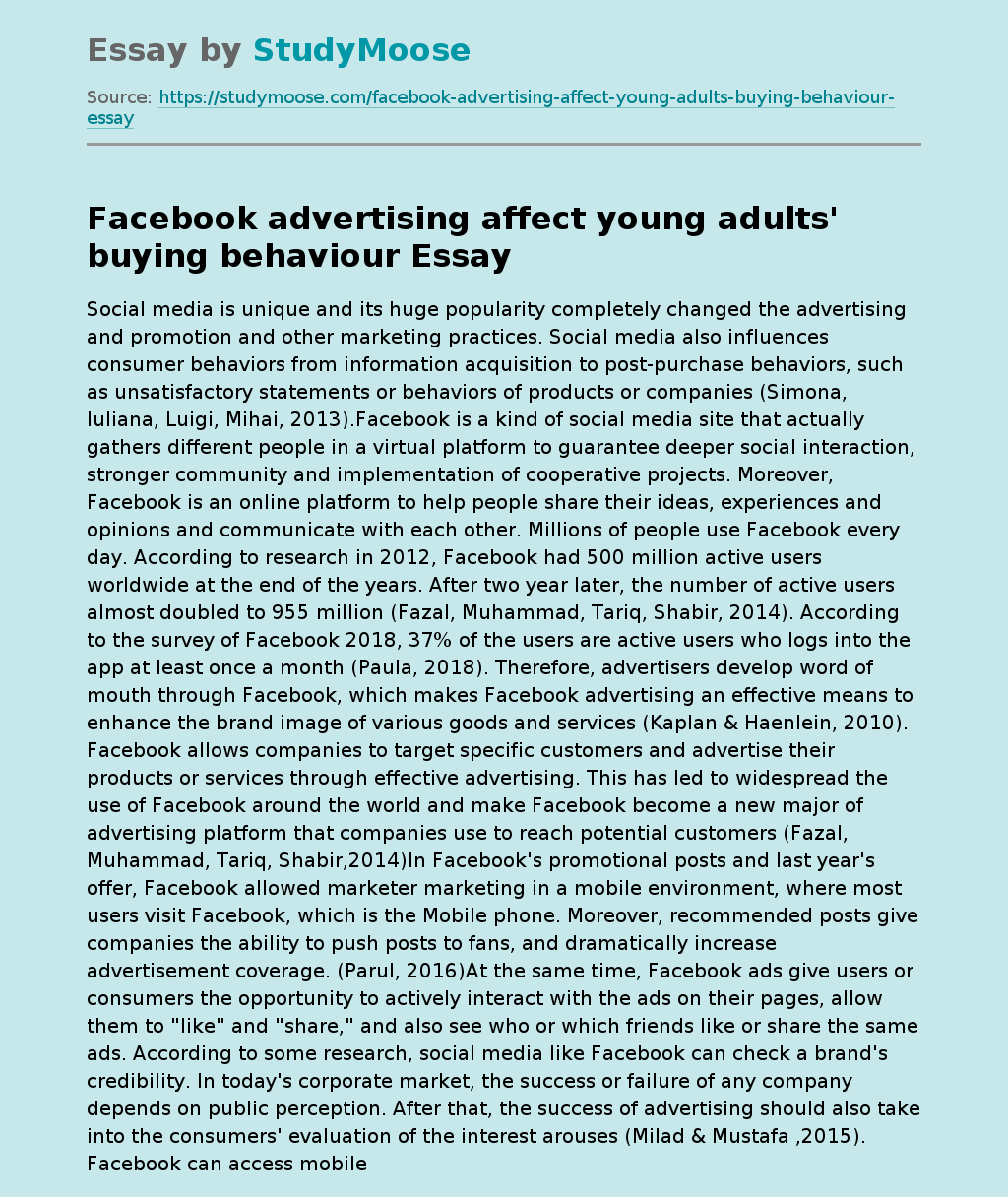