In the poem “Dulce Et Decorum Est”, by Wilfred Owen, Owen uses imagery and diction to convey the meaning of the poem.

Throughout the poem, Owen paints visual pictures in the reader’s mind. His word choice also emphasizes what he is expressing in the poem. Diction and imagery are two literary devices that help the reader understand that they should feel sorrow and understand the intensity of war, the purpose of the poem.

Owen puts a mental image in the reader’s mind, which is a picture of a war scene.

The soldiers are trucking on “limped, blood shod” and through the treks. He is showing that the soldiers are injured and exhausted, which tells the reader they are at war. When Owen talks about the dream of the soldier plunging “at me, guttering, choking, drowning”, this paints a picture for the reader and sets a very intense mood because the soldier’s bad injury.

Diction is used as well to convey the meaning of the poem. The soldiers are slouching on, “knock-kneed, coughing like hags, they cursed through sludge”. The reader wonders what is going on and sets the feeling of sorrow and sick feeling the reader should feel when reading Owen’s poem. When Owen explained the scene of the injured as “obscene as cancer, bitter as the cud, of vile, incurable sores of innocent tongues.” This makes the reader feel sorrow for the innocent soldiers and shows the awfulness of the war scene.

Diction and imagery are two literary devices that can put purpose into words. As for Owen’s poem, the purpose was to make the reader understand the seriousness of war and sorrow for the soldiers. 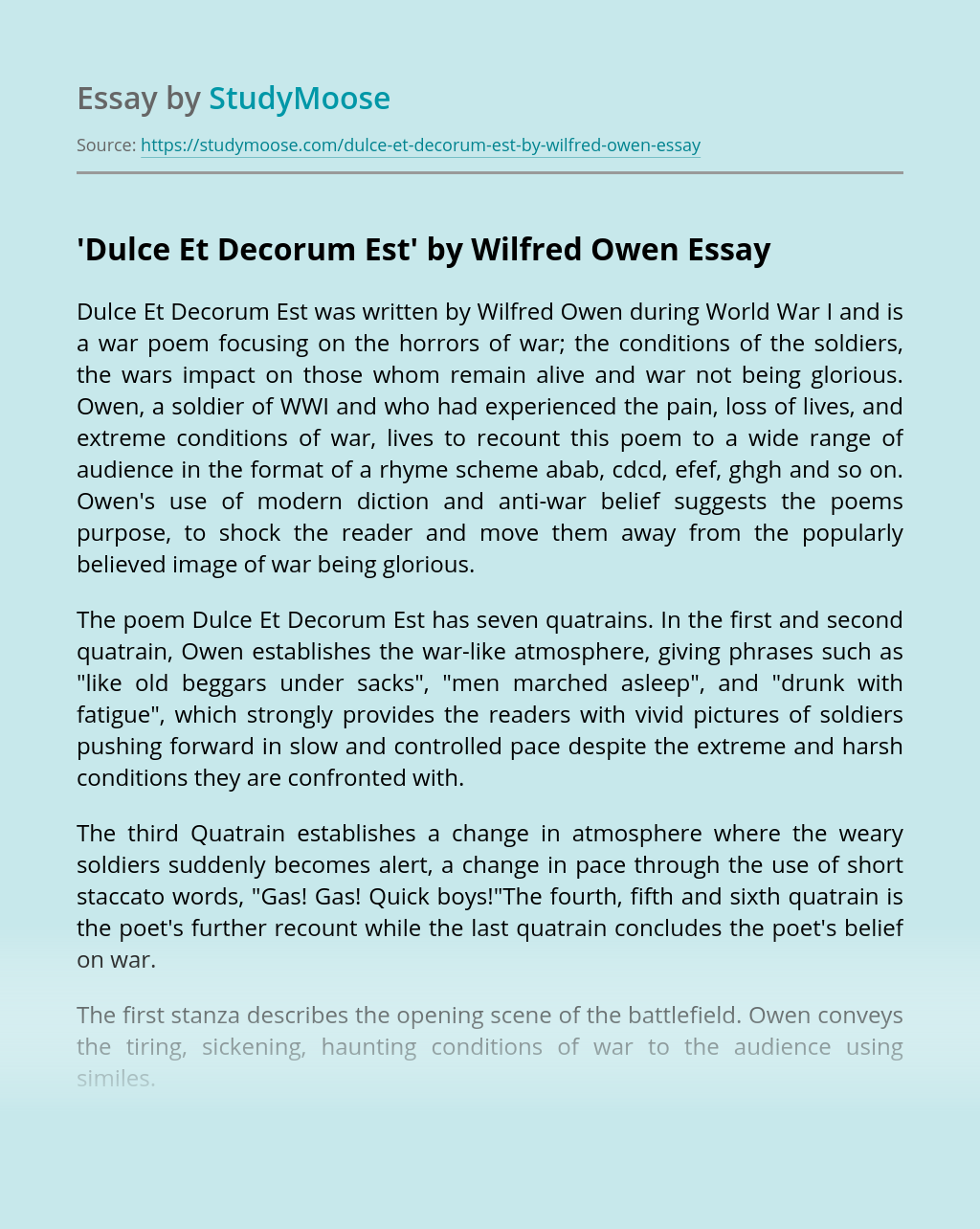