Therefore, modification of the mashing plant will be required to support inline measurement. A proposed modification to support inline measurement is represented schematically in Fig. 5 below. Fig. 5: A schematic diagram of a mashing system.3.2.2 Wort Filtration Is the process of separating the sweet wort from the malt spent grains. The converted sugars are carefully leached out from the Mash and transported either to the holding vessel for temporary storage or delivered directly into the wort copper.

This process continues until the wort concentration (run-off) falls to a value at which further treatment is uneconomical. The critical analytical parameters checked are:‚§ Wort gravity (both strong wort and last running). It determines the extent to which sugars from the mash can be extracted and the time of wort boiling. Both activities are crucial to Brewhouse productivity as too low gravities requires extended boiling times for wort concentration which has both energy usage and quality implications such as high wort color formation due to mallard reaction. Prolonged filtration and boiling time extends the brewing cycle time. 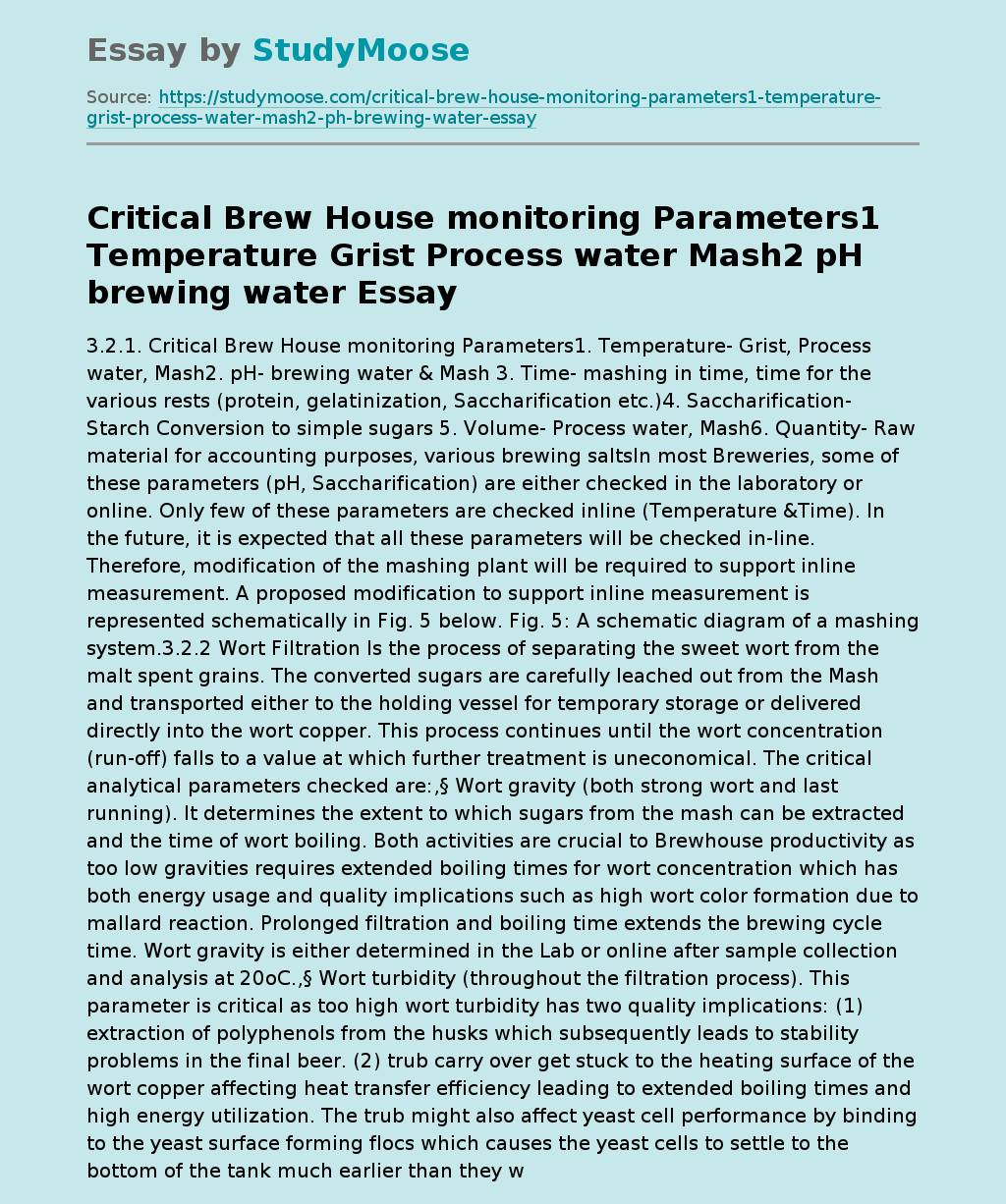