Today there are many different genres of music.

Don't use plagiarized sources. Get your custom essay on
“ Country Music vs Rap Music ”
Get custom paper
NEW! smart matching with writer

Many people think that country music and rap are completely different but they do have some similarities. Country music originates from the southern states. Country music has been around longer than rap music. Country music started to get popular in the 1920’s whereas rap was started in the 1970s. Many people who dislike this kind of music think it’s a bunch of hicks singing about how they lost their girlfriend, dog or truck.

Most country songs tell stories, beginning, middle and end. Unlike rap music, many country songs do not include cuss words or very few of them.

Most rap singers sing about money and all the luxuries it brings. However, on the other hand, country music is mostly about hard working Americans.

When people think of rap singers they think of gangsters wearing tons of jewelry. When people think of country singers they think of rednecks wearing cowboy hats and boots. These are stereotypes that people refer to when thinking of these two genres of music. Today there are more similarities between rap and country. Now there is a new genre of music that combines country and rap. Singers like Cowboy Troy rap during singing a country song. Even some Toby Keith songs have some relation to rap.

Tim McGraw, a country singer, and Nelly, a rap singer, combined to sing a song together. Rap, supports criminality and unjust behaviors while country is generally more appreciative of the little things in life that doesn’t cause any harm. Country is exceptionally the overall most formal and most decent pick of the two categories, as compared to rap which is labeled by most, terrible music. In my opinion I would listen to country music over rap any day. Many people wouldn’t agree with me and may think the complete opposite.

Many people think that there are absolutely no similarities between rap and country. Well these people are wrong, country and rap are coming more similar, with the new genre of country, country-rap. This genre may bring fans of rap to the country side of music. With different stereotypes that come with listening to these types of music, may lessen there willing to listen to a completely different type of music. Both genres of music have been criticized. Country music and rap music may be different but they do have some similarities. 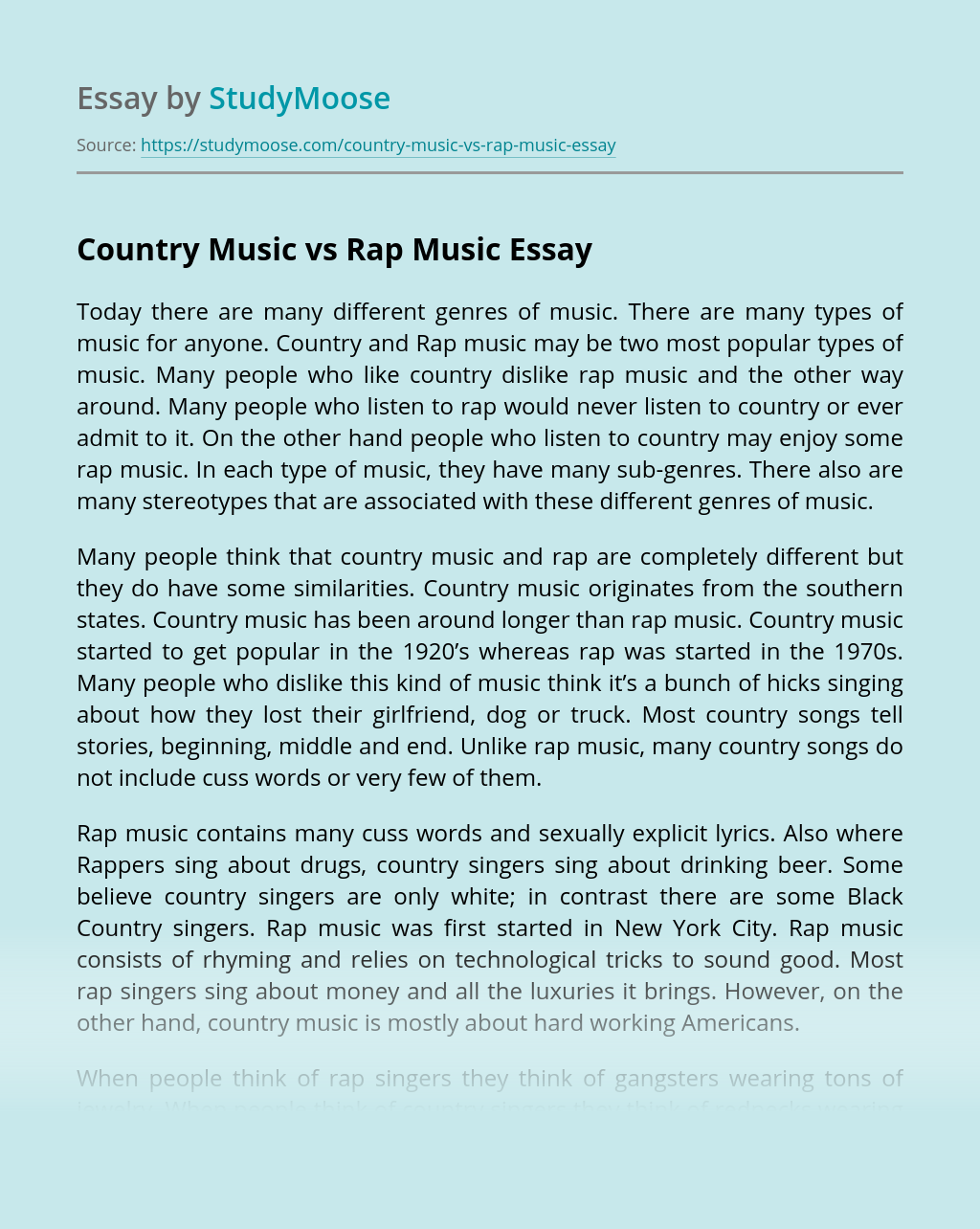