The Mongols were a nomadic group from Central Asia who joined together under the rule of Ghengis Khan to conquer territory. The Mongols had an enormous affect on the territories it conquered. They generally took on the culture of the peoples they conquered. In China, the Mongols modeled the government similar to China’s but did not allow Chinese members to become a part of the government. They also outlawed the civil service exam. In contrast in the Middle East, Il-Khan allowed local government officials to stay in power and keep their rule as long as they continued to pay taxes.

Don't use plagiarized sources. Get your custom essay on
“ Compare and Contrast Economic and Political Effects of the Mongol Rule in the Middle East and China ”
Get custom paper
NEW! smart matching with writer

However in both regions the Mongol’s encouraged trade and eliminated tariffs through their empire. In that way they boosted their economies.

Politically the Mongols changed the system significantly in China. Although Kublei Khan, the ruler of China during the Mongol ruler tried to model the government after the Chinese bureaucracy as exemplified by his naming the dynasty, the Yuan dynasty and keeping a strong centralized government with regular tax payment.

He also outlawed the civil service exam because the Mongols were not well educated. In Addition he only allowed Mongols to be a part of the government. In contrast, in the Middle East Il-Khan kept the government very similar to how it had always been. The leaders of the mongols converted to Islam unlike the Mongols in China who didn’t take on Confucianism, the Chinese tradition. The Mongols in the Middle East also allowed the current leader to remain intact as long as they continued to pay the taxes.

Compare and Contrast Economic and Political Effects of the Mongol Rule in the Middle East and China. (2016, Mar 20). Retrieved from https://studymoose.com/compare-and-contrast-economic-and-political-effects-of-the-mongol-rule-in-the-middle-east-and-china-essay 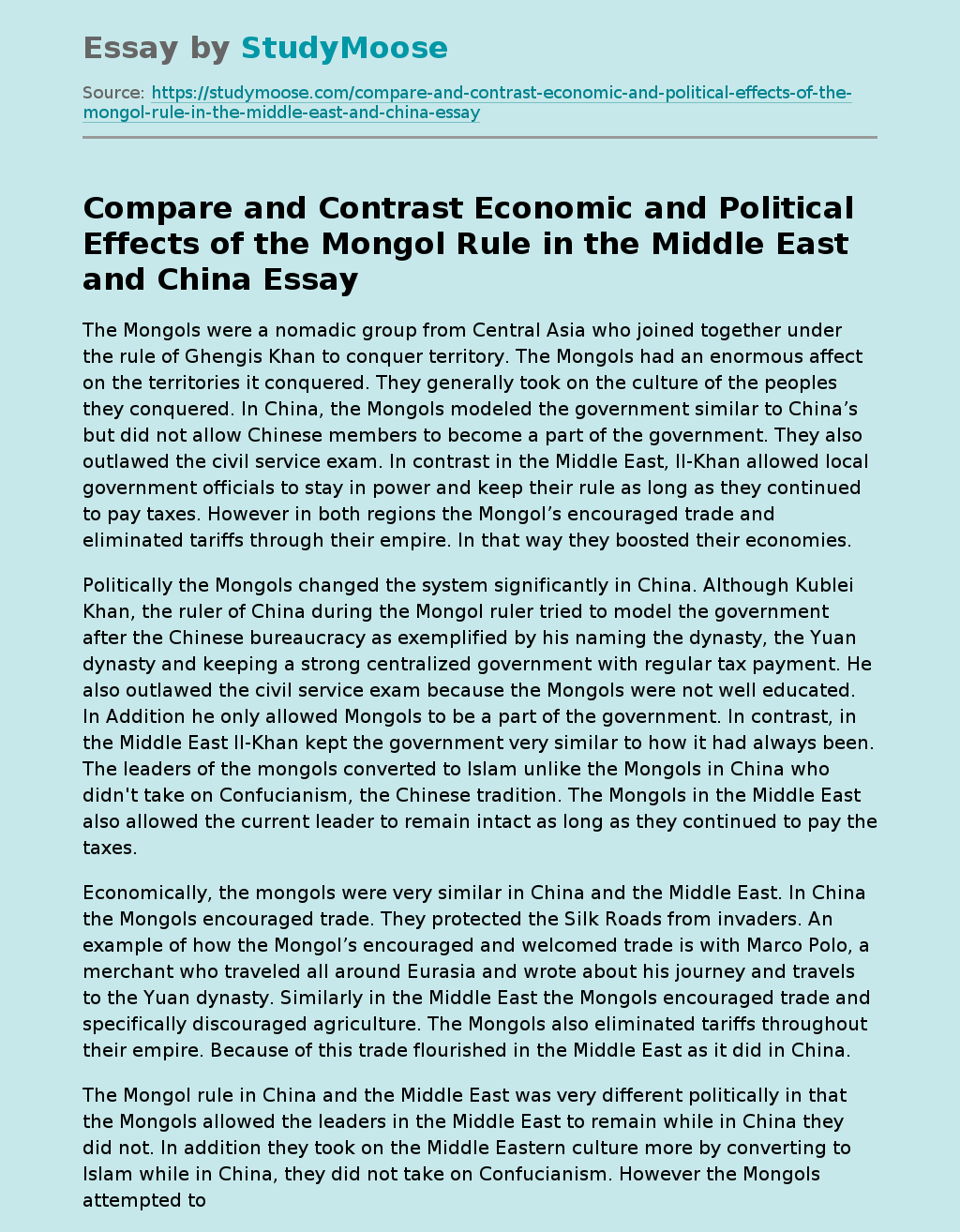