Chinua Achebe’s Things Fall Apart gives the reader a strong description of the Igbo culture through the stories of Okonkwo and his village, Umuofia. In regards to Igbo culture, contributions of women cannot be ignored. Although their position and status seems to be underestimated by the people in the novel. This seems to be the reason why different stories bring out women and their roles in society although the stories may not be talking about a women as a main character.

Don't use plagiarized sources. Get your custom essay on
“ Chinua Achebe’s Things Fall Apart gives the reader a strong description of ”
Get custom paper
NEW! smart matching with writer

Things fall apart is no different in bringing out the role of the women in a traditional African setting. Women play pivotal roles in Educational, Religious and Social care in the novel Things Fall Apart by Chinua Achebe.In Things fall apart, women are featured as the main children’s educators. They do these by telling them stories, teaching them the ethics of socializing with other people and good behavior. The children are taught good values and morals by their parents and in this case, their mothers, who encourage them to develop social values and good interaction skills.

Woman were regarded as inferior objects in the society but this did not turn them down from performing their societal roles especially that of being the educator of the children. The upbringing of a child is what determines what the child will be in the future. In the Ibo community, the rearing of a child was solely the role of the woman who was supposed to make sure that the child was well conversant with the customs and rules of the society. 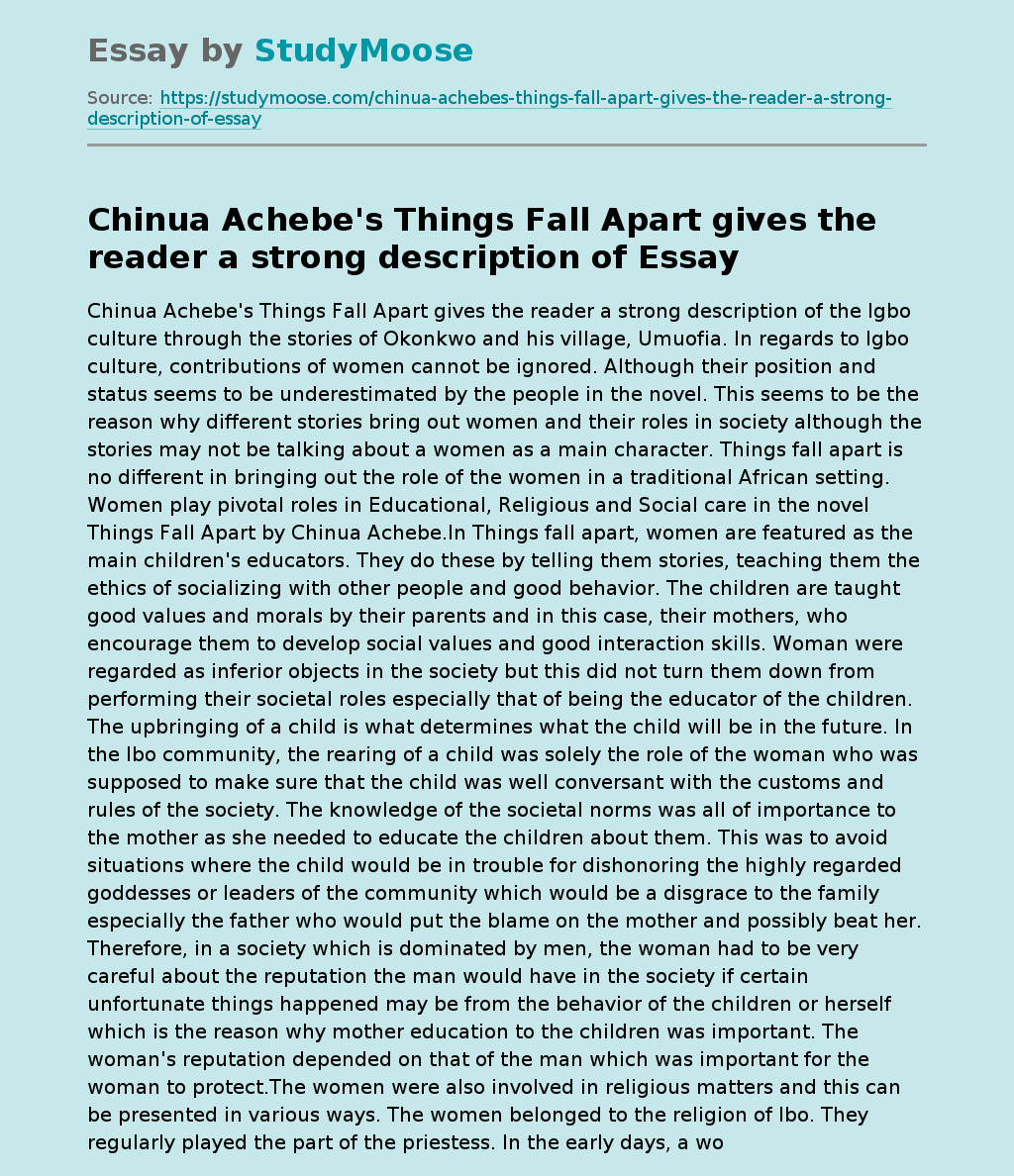