Grupo Bimbo continuous expansion with an ambition to become one of the five-largest bakers in the world, while the company’s performance in existing foreign markets should be improved so fore made profitable and keep company away from financial hazard due to acquiring losses and lack of substantial profit from foreign markets.

Almost 70% of Grupo Bimbo’s sales came from Mexico, where the company had built a 90% market share in the packaged bread segment, the business was very profitable and the company operated in growing market.

However, the investments in U.S. and Latin America, where markets were highly competitive, have not been profitable. According Grupo Bimbo’s global strategy – to become one of the five-largest bakers in the world – it had launched a series of strategic initiatives to make foreign operations successful. In March/April, it had purchased the Beijing Panrico Food Processing Center that had already established operations in China.

If Grupo Bimbo would like to become a leader in Chinese market, the priority should be Cultural Distances. As the company acquired the plant in order to make the production process locally and already established changes in production process to make it more efficient- that’s mean The Grupo Bimbo goes for Multi-domestic strategy (low costs, high localization).

As we see from the Exhibit 7, the Panrico Group, bought by Grupo Bimbo, market share was only 0,1%. But in the same time the artisanal bread has 53,8% of market share. Such a high figure shows us that Chinese do not like the industrial- manufacturing bread. It is similar to people preference in South America.

To realize this strategy successfully, it has to set the priority for dealing with cultural differences due to it is most important as it served the bases for choosing the right products based on the Chinese consumer demands and tastes, as well as language barriers according local employees and suppliers. 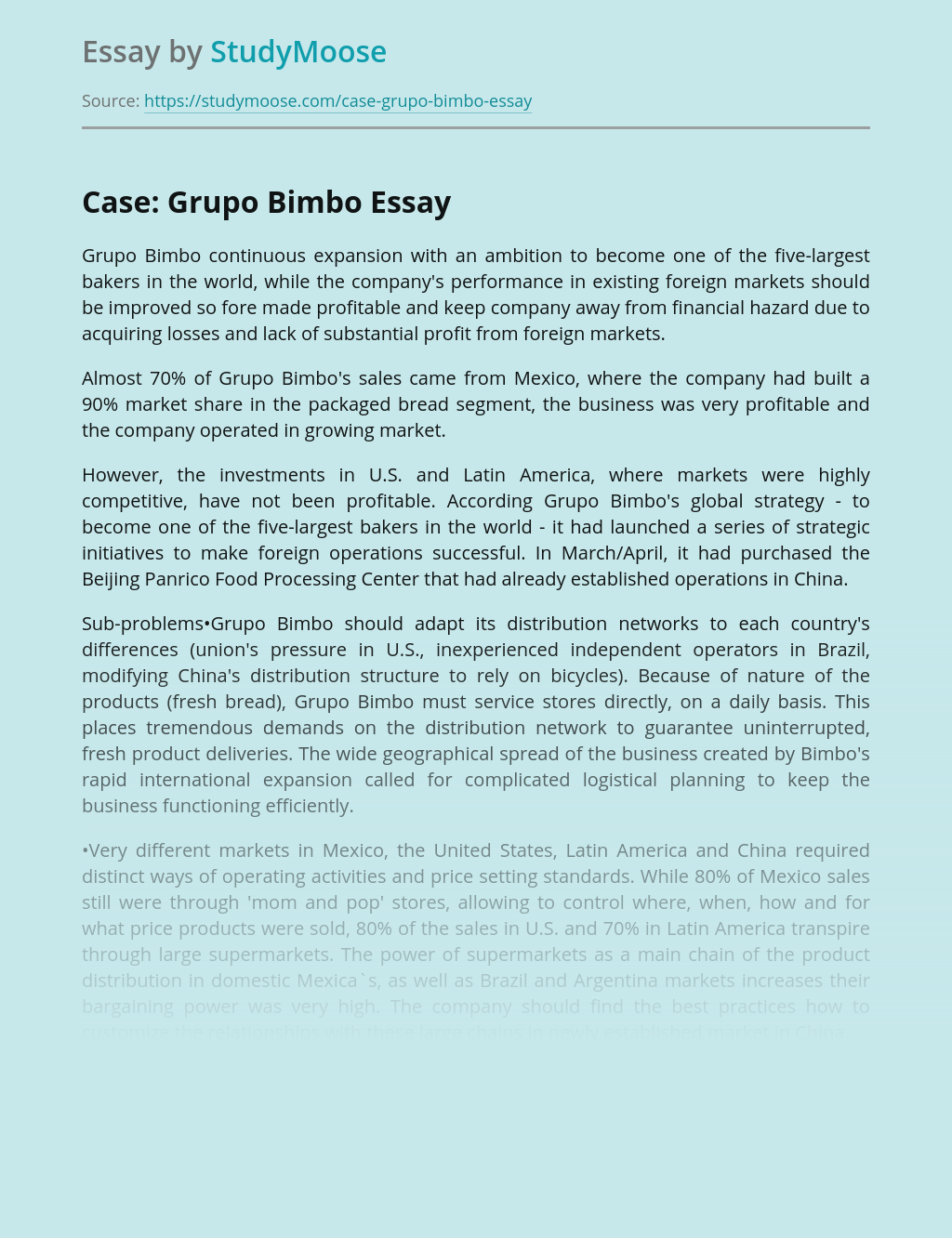