An analysis of the novel set on the spice-mining planet Dune.

Book Review: “Dune” by Frank Herbert This book all started with the family Atreides landing on planet Arrakis, commonly known as Dune. The planet Dune was the centre of the universe due to its immense amounts of spice. This spice is greatly needed for all planets as fuel and for raw materials. The family Atreides were asked by Emperor himself to go and mine the spice on the planet. Their greatest enemy the Harkonnen’s, were also on Dune.

Don't use plagiarized sources. Get your custom essay on
“ Book Review: “Dune” by Frank Herbert ”
Get custom paper
NEW! smart matching with writer

These two families mining the precious spice on the same planet would lead to great troubles and wars. Soon after that, I was introduced to a very brave and insightful young man. The young man is Paul Atreides. Paul is medium height with short, black hair. His mother Jessica is a Bene Gesserit that means she knows the “weirding way.” This means Jessica is trained to kill and is also trained as a mind reader.

She is very tall and beautiful and is always concerned with the actions of Paul, the future ruler of the galaxy. Jessica’s teacher, the Reverend Mother heard of Paul and thought that he might be the great leader that the prophets told of. The Reverend Mother came to Dune and tested Paul to see if this was so. Paul underwent great pain and suffering but passed the tests with the highest reverence. Duke Leto, Paul’s father now came into the picture. He was the leader of the Atreides Family. 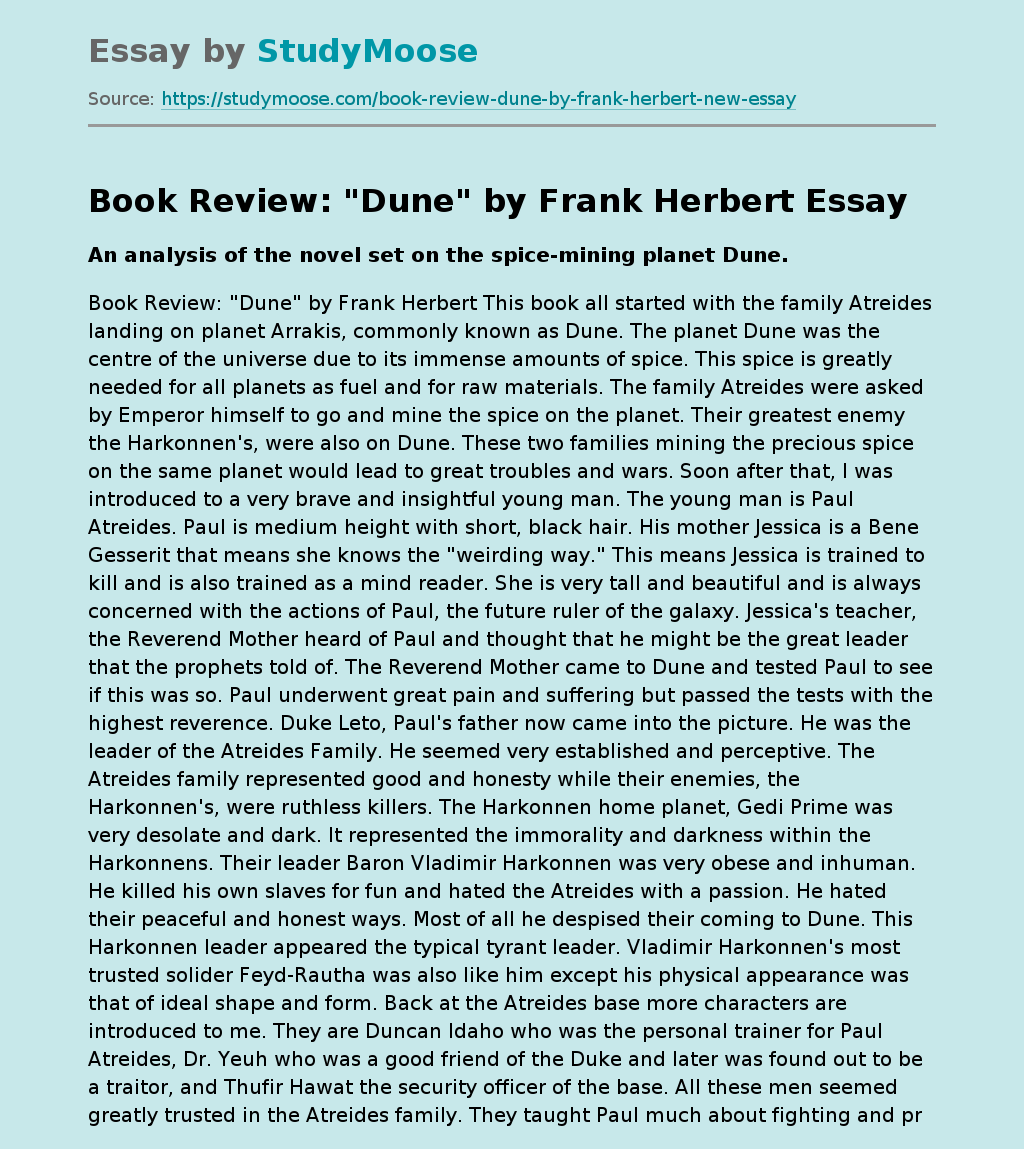