Under the theory of quantum mechanics black holes possess a temperature and emit Hawking radiation through slow dissipation by anti-protons. Most black holes are made when a giant star, called a supergiant, at least twenty times bigger than our own Sun dies, and leaves behind a mass that is at least one solar mass. Stars die when they run out of hydrogen or other nuclear fuel to burn and start to collaps. A supergiant star’s death is called a supernova.

Don't use plagiarized sources. Get your custom essay on
“ Black Hole and White Hole ”
Get custom paper
NEW! smart matching with writer

Stars are usually in equilibrium, which means they are making enough energy to push their mass outward against the force of gravity. When the star runs out of fuel to make energy, gravity takes over. Gravity pulls the center of the star inward very quickly. A white hole, in general relativity, is a hypothetical region of space time which cannot be entered from the outside, but from which matter and light may escape. In this sense it is the reverse of a black hole, which can be entered from the outside, but from which nothing, including light, may escape.

However, it is theoretically possible for a traveler to enter a rotating black hole, avoid the singularity, and travel into a rotating white hole which allows the traveler to escape into another universe. White holes appear in the theory of eternal black holes. “In addition to a black hole region in the future, such a solution of the Einstein equations has a white hole region in its past. ” However, this region does not exist for black holes that have formed through gravitational collapse, nor are there any known physical processes through which a white hole could be formed. 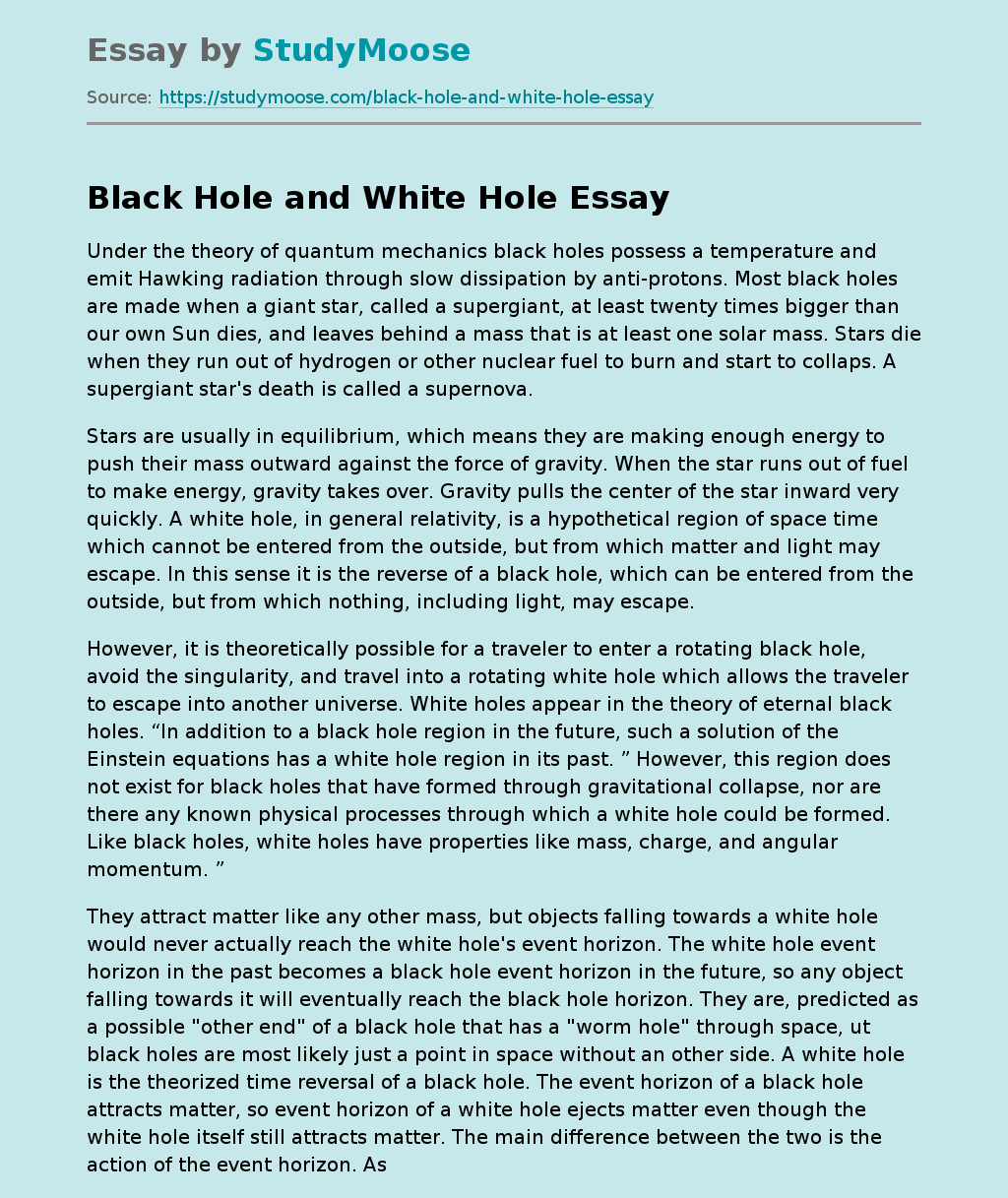