1. When bidding to host an international sporting event, there is always the possibility that revenue will not exceed expenses. How would you respond to a local group that would rather have the city’s money spent on social programs?

Don't use plagiarized sources. Get your custom essay on
“ Benefits of Hosting Major Sporting Events ”
Get custom paper
NEW! smart matching with writer

An example of this is the great debt incurred by Montreal when they hosted the 1976 Olympic Games (p.89 Thoma and Chalip). It could be argued that the huge amounts of money that were spent on building new stadiums or arenas, and modernising existing infrastructure, may have been better spent on education, health care or subsidised housing. While there is some merit to the above argument, bidding and hopefully hosting an international sporting event can bring significant benefits to a city.

The following are a range of benefits that can be presented to the local community: i. A significant international sporting event should not be viewed as a single event in isolation. The event should be considered as part of a broader calendar of events offered by the city and the direct positive impact to the economy that this derives. An example of this is the calendar of events that Melbourne and the state of Victoria hold.

Events held include the Formula One Grand Prix, UCI Track Cycling World Championships and FINA World Swimming Championships. These and other major sporting events contributed to over AU$1 billion to the Victorian economy (dpcd.vic.gov.au/sport/major-events). The success of hosting an international sporting event can further support the host city’s claim as being an attractive destination to hold other major sporting events. ii. Second, the successful bid can lead to a number of approaches to urban regeneration, which can ultimately benefit the host city’s population.

Tallon (p.5 urban regeneration in the UK) defined four approaches of urban regeneration: a. Economic – an international sporting event can enhance the employment opportunities in the short- and long-term, increase labour supply and increase economic activity. b. Social/Cultural: the international sporting event can instil a sense of national pride, strengthen values and tradition of the host city and increase the level of interest and participation in the activity associated with the event. c. Physical/Environmental: in the event of a successful bid, the host city can invest in constructing new facilities, improving existing facilities and promoting environmental or ‘greener’ sporting initiatives that can benefit the community in the future. d. Governance: the event will allow the engagement of the local community and the involvement of other groups, and for the host city’s government to review their administration and public policy (p.67 Sports Marketing Melissa Jane).

Having the opportunity to host an international sporting event, can allow the host city to revitalise itself through urban regeneration. As a consequence of this regeneration, the host city has the potential to become more efficient and effective, and be able to provide further support and resources where needed. iii. Third, a strong vision in promoting the host city and the region for the international sporting event can attract visitors from other regions of the country and from overseas. This gives the host city the opportunity to showcase itself to the across the globe. This can have a positive economic impact during the event as a result of the influx of visitors and afterwards through the generation of new tourism markets (Cooper, Contemporary Tourism, p.169). The promotion of the host city can also achieve a greater awareness of the community in the wider sporting and tourism spheres. iv. Lastly, the improved infrastructure can enable the city to host further sporting events and serve the community for many years.

The creation of an improved image, the attraction of economic development and the increase in civic pride (Urban Tourism, Law p.149) has the potential to create a lasting legacy for the host city. An international sporting event has the potential to create an image that can potentially provide the host city with new levels of global recognition and opportunities for economic, political and social development (Pellergrino and Hancock p.2 2010 Deloitte). Although there is a valid argument for a city to invest into social programs that may benefit the local community, the points presented to the local group can hopefully allay those fears that the city is wasting the taxpayer’s money bidding to host an international sporting event.

The event itself can be viewed as a part of a broader calendar of events, the community can benefit from the urban regeneration of the city, promotion of the international sporting event and the city can attract visitors from all over, and the event can leave the host city with a positive lasting legacy. 3. Explain how the Americans deal with China with respect to the defection of tennis player Hu Na from the Peoples Republic of China. Over many years, we have witnessed the entanglement of politics and sport. From the boycotting of international sporting events, such as the 1980 Moscow Olympic Games where the United States and many other Western countries refused to participate due to Russia’s invasion of Afghanistan; protests from individuals like Arash Miresmaili of Iran who sympathised with the oppression of Palestinians (p398 comparative politics Hauss) and refused to compete against Ehud Vaks of Israel; and the expulsion of South Africa from many international events due to apartheid that was prevalent in the country. Another occurrence of politics interfering with sport is evident in the ‘Hu Na Incident’, which as Pendleton (p.13) pointed out was a two-way interaction between sport and diplomacy, resulting in decisions being made at the highest political levels.

The ‘Hu Na Incident’ started in July 1982, where Hu Na disappeared from her hotel room whilst touring with a Chinese government sponsored tennis team. Days later, papers were filed with the Immigration and Naturalisation Service requesting political asylum on the grounds that Hu Na had been pressured and persecuted by the Communist Party of China. Hu Na was a rising tennis star in China. She won several tournaments, including the National Sparetime Schools Tournament in 1975, the National Junior Singles crown in 1978 and the National Singles title in 1981. Her success was not just limited to China, she also won the doubles (in 1981) and singles (in 1982) titles at the Casablanca Cup held in Mexico. Initially, the United States had announced that any decision in regards to Hu Na would be based upon the advisory opinion of the State Department.

Members of the United States Congress also urged the State Department to grant Hu Na’s request for political asylum. This announcement provoked an immediate diplomatic crisis (p.190 women, sport and society). Upon hearing this, a Chinese spokesperson for the Chinese Foreign Ministry stated that China would hold the United States responsible for Hu Na’s safe return and that such an incident would harm the cultural exchanges between the two countries (Pendleton 14). The Pro-China newspaper Wen Wei Po also argued that Hu Na’s visit to the United States was in accordance with the Sino-America agreement. Thus, the United States government had a duty of care for her safety, regardless of whether the invitation came form a governmental or non-governmental organisation (Pendleton 14). In April 1983, after almost ten months, the decision to grant Hu Na political asylum was finally made by the State Department. At the time, Arthur P. Brill of the United States Justice Department, released the following statement (Pendleton 15):

Hu Na has been granted asylum under the Refugee Act of 1980, which provides asylum in cases where the applicant establishes a well-founded fear of persecution, due to their race, religion, nationality, political opinion or membership in a special social group. The decision drew support from several quarters in the United States, most notably that of then United States President, Ronald Reagan. After the United States had granted political asylum to Hu Na, Beijing reacted sharply claiming that the decision to grant asylum to Hu Na had been immoral and a grave incident harming relations between the two countries (Nafziger and Wei p.135 Pandektis). The decision was also described as ‘a grave political incident long premeditated and deliberately created by the United States’ (Pendleton p.16). As a result of this decision, Ding Gu, the Director of the Bureau for Cultural Relations with Foreign Countries of the Ministry of Culture, cancelled nine bilateral exchanges that included art exhibitions, performing arts group tours and a film festival.

After citing that the United States could not guarantee the safety of its participants, the All-China Sports Federation announced it would also withdraw from ten international events that were to be held within the United States. China further threatened to retaliate against future incidents, and that it would ‘never for the sake of relations with the United States, abandon its principled stand of safeguarding its state sovereignty and national dignity’ (p27 Chinese Security Robert Ross). During all this posturing by China, the United States demonstrated its resolve by refusing to send Hu Na back to China and granting her political asylum. Ronald Reagan’s administration publicly affirmed that the United States policy would remain constant whether Beijing decided to retaliate or not, or threatened to downgrade relations by withdrawing its ambassador from Washington, or some other action (p86 US-Chinese Relations Sutter). Beijing had clearly miscalculated when it thought it could threaten the United States on this issue, considering this was the period that the Sino-America relations had become normalised. It was a clear win for United States foreign policy, as they were prepared to reject any unreasonable Chinese demands, whilst seeking to improve relations with them. 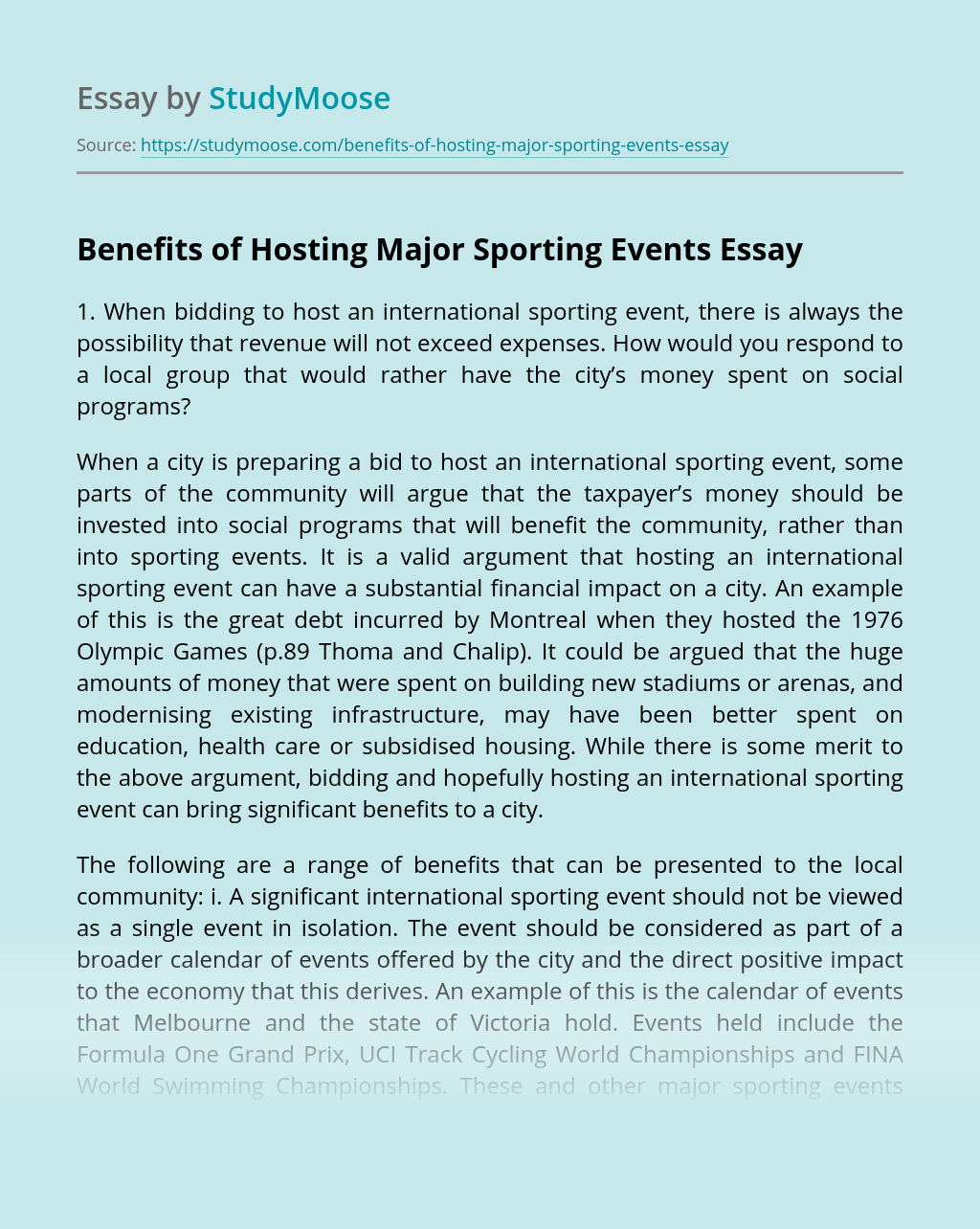