Apple, had a huge success with iPhone-5, it has now begun the production of the newest version called the iPhone-6. Apple’s goal is to supply customers with more exciting applications and their newest software; these products are an improvement on Apples iPhone 5. Some of the new features are a virtual keyboard as well as a virtual video screen; the iPhone-6 will be more advanced than your average smartphone. Apple is taking these measure in order to remain a step ahead of the Smartphone industry as well as to remain competitive for years to come.

Don't use plagiarized sources. Get your custom essay on
“ Apple Inc and Current Market Conditions ”
Get custom paper
NEW! smart matching with writer

History Apple Computer, Incorporated is our selection for this assignment. Apple computer is one of the largest computer companies in the world. Steve Jobs and Steve Wozniak founded the company in 1976. Both Jobs and Wozniak dropped out of college in order to establish their company. The positions the two assumed was designer and manager, Jobs was the company manager and Wozniak was the designer. Their first invention was to build a box that completed long distance calls for free.

They took replicas of this invention and sold them for profit.

Apple was now a legitimate company and in 1982 it grossed over a million dollars in annual sales. In 1985 John Sculley was hired after there was a incident of conflicting business interest involving Jobs. This incident eventually led to the firing of Jobs. Mr. Jobs did not allow this to deter his dream of owning his own business. Jobs decided to start his own computer company, he called it NeXT.

His company had limited success, but enough to where in 1996 Apple bought Jobs’ company, and re-hired him as a special advisor.

Jobs held that position until dooo where he was named Chief Executive Officer. Apple released the first iPhone in 2007, it had all the classic bells and whistles and it did well in the market. Apple came out with the iPhone 3GS in 2009, the sales for this version exceeded Two hundred million. The 3GS featured hundreds of applications and a touch screen; the phone was user friendly. Because it was user friendly it soared in the market, you did not have to have computer knowledge in order to use it.

Each wireless service (Verizon, Sprint, AT&T, Etc…….. ) offers similar application packages, reducing the cost of the iPhone if you select their company trying to get customer ratio up. Apple now actively competes with other smart phone developers who are in out opinion giving way to just as creative ideas. One of Apples strongest competitors is Samsung, who has developed the Samsung Galaxy phone. This smart phone although it is much larger than the compact iPhone has features and applications that the wireless customer base is attracted. 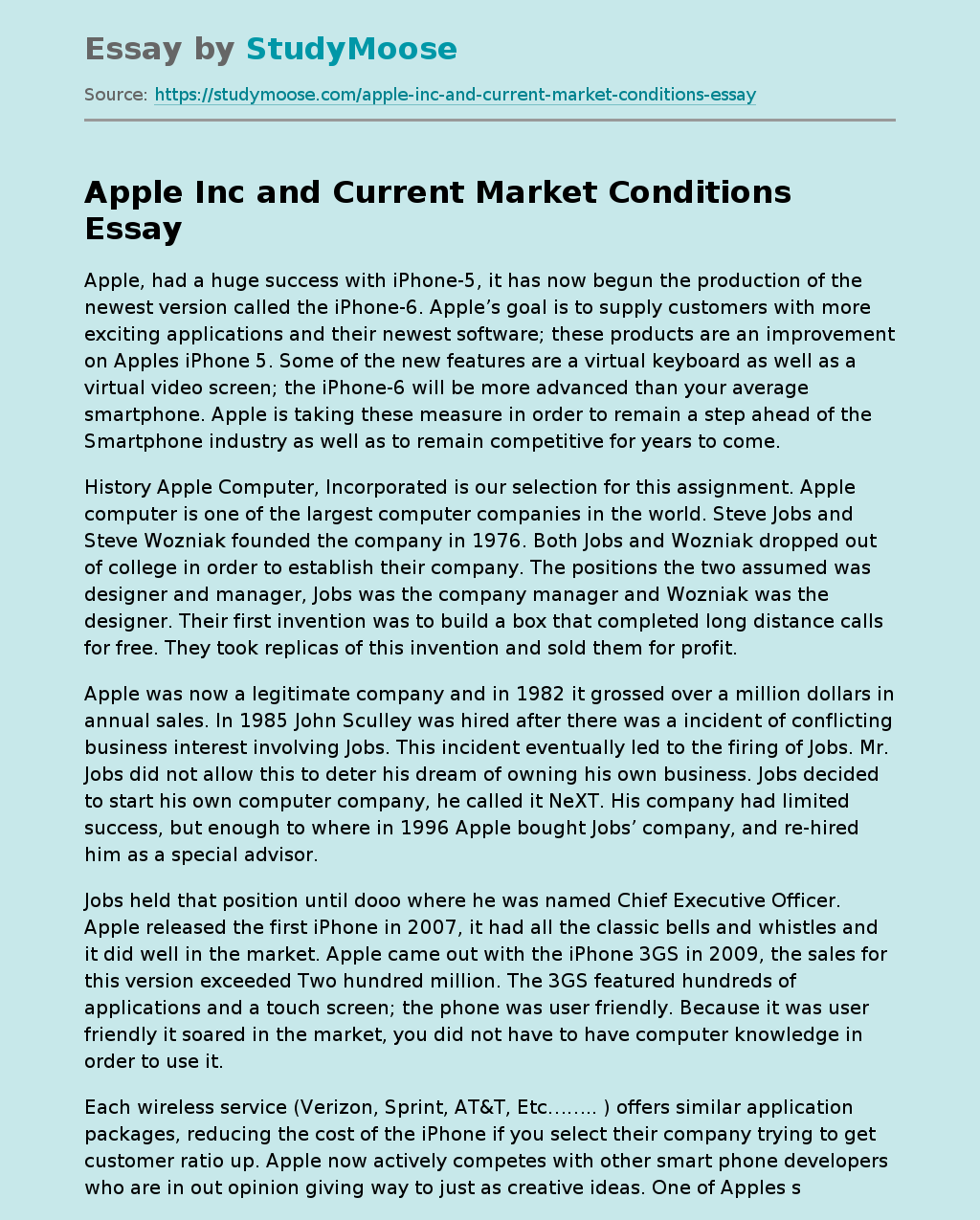