On this story, upon reading the title, I believed it will focus on basketball game and competitions however I believe I am wrong due to the fact that it was truly about a boy who had disappointments and had a hard time to endure. Early in the film, it shows a good relationship of Jim and his buddies and where they studied in a Catholic School and a scholar through playing basketball together. It also demonstrates how smart Jim is on writing which is fantastic.

Unfortunately, young Jim fell into the harsh world of life on the street and heavy substance abuse, smoking cigarettes, and even taking others things and cash which lots of students and youth do the very same thing in present as we see on tvs and in our society that many youths engage their selves to drugs. I have likewise witness on how they talk was actually ill-mannered and terrible to hear for a reason that they are using some bad or unfavorable words like motherfucker, fuck you and so on
.

Furthermore, the movie also shows some immoral or wrong doings like the coach who is a gay that like to have sex with his student and also Jim who uses his body to be able to get money to buy drugs. The young characters in the film do lack moral compasses resulting from their poor decision-making. He even leave home because they are already addicted to drugs and doesn’t hear his mother’s advise which is not good to a young students like us.

On this film, I have remember the verse in the bible that, ‘’you should honour your mother and father and you will have a long life’’ because of the wrong behaviour of Jim towards his mother that he doesn’t listen to.

On the last part of the story, it shows the effects of the drugs like hallucinating and even out of control of their selves. But because of Reggie and his mother, Jim was saved. Overall, it was a mature movie and every young individuals should watch it because it shows how bad drugs, smoking that all of us should not try or let go. Lastly, I think the filmmaker wants us to recognize that this is not all Jim’s fault but it focuses on the various effects of the drugs because in the first place it was really fine, his life and even his career. 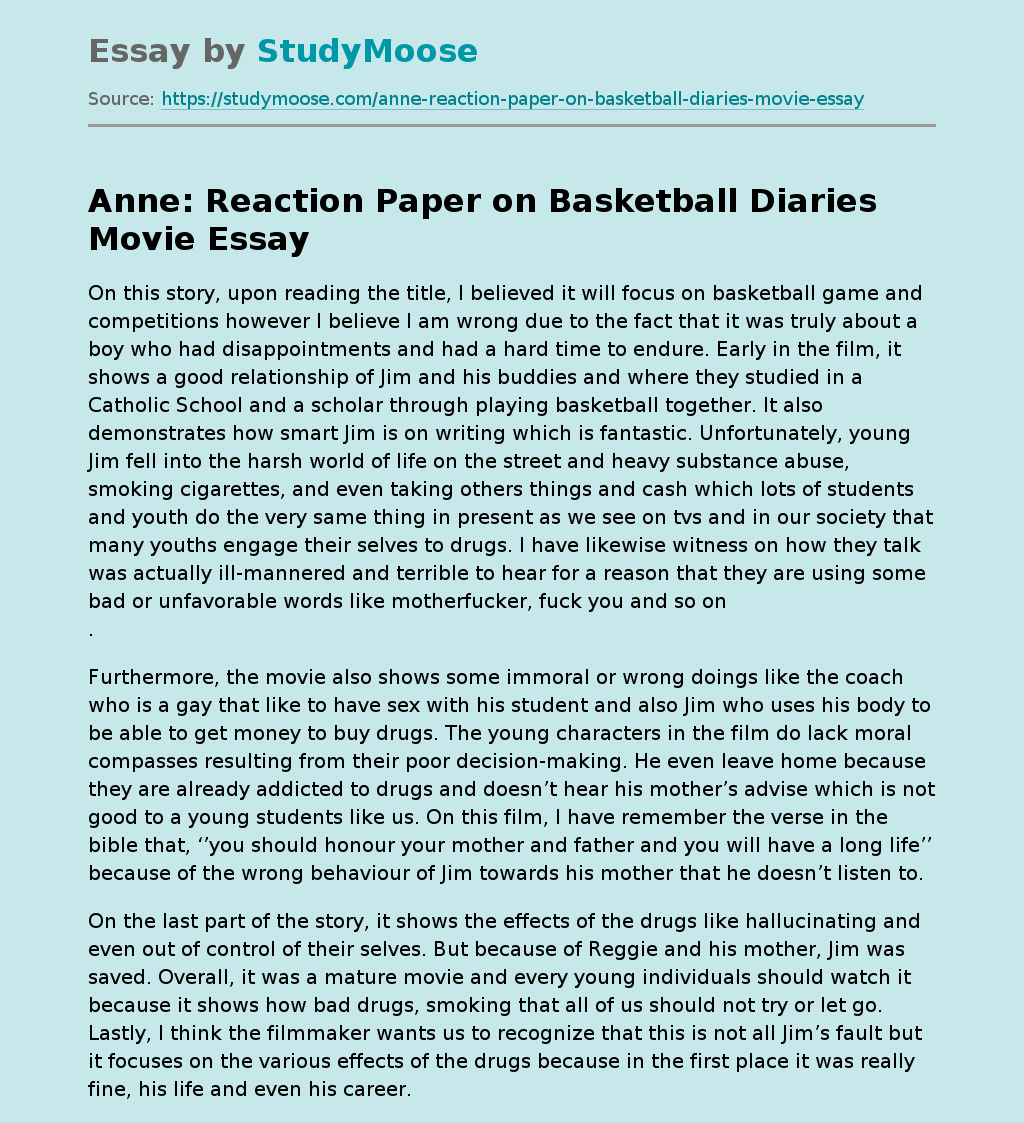