Andrew Ye English Mr. WilliamsOctober 26, 2018 Loss Of Humanity In George Orwell’s 1984 In George Orwell’s 1984, it discusses the loss of humanity when individuality and free speech is suppressed. The totalitarian government eliminates any thought or action that is deemed against the party through propaganda, torture, and terror. Throughout the book, Winston tries to keep his humanity by keeping his own diary, having a romantic relationship with Julia, and going against the party’s version of history. After Winston is caught by O’Brien, the seven years of torture eliminates Winston’s ability to think against the party.

Before Winston wanted to die hating the party, but by the end of the book he is no longer capable of it. In room 101, in order to save himself from rats, he betrays Julia and relinquishes his own morality and self respect. George Orwell uses Winston and Julia to show the dangers of dehumanization through the suppression of different aspects of human characteristics.

Winston writes in his diary to protect his personal memories and to think independently in order protect his freedom of speech. Recording his own thoughts is an offense punishable by death, or at least by twenty-five years in a forced labor camp. (7). The telescreens in every room in Oceania are a reminder that citizens are constantly being monitored. The telescreens, the thought police, and even children like Parson’s kids will turn you over to the party. He recognizes that to mark the paper was a decisive act (7). The pen Winston uses becomes an archaic instrument of the past (7) and becomes of a symbol of the history before the party. 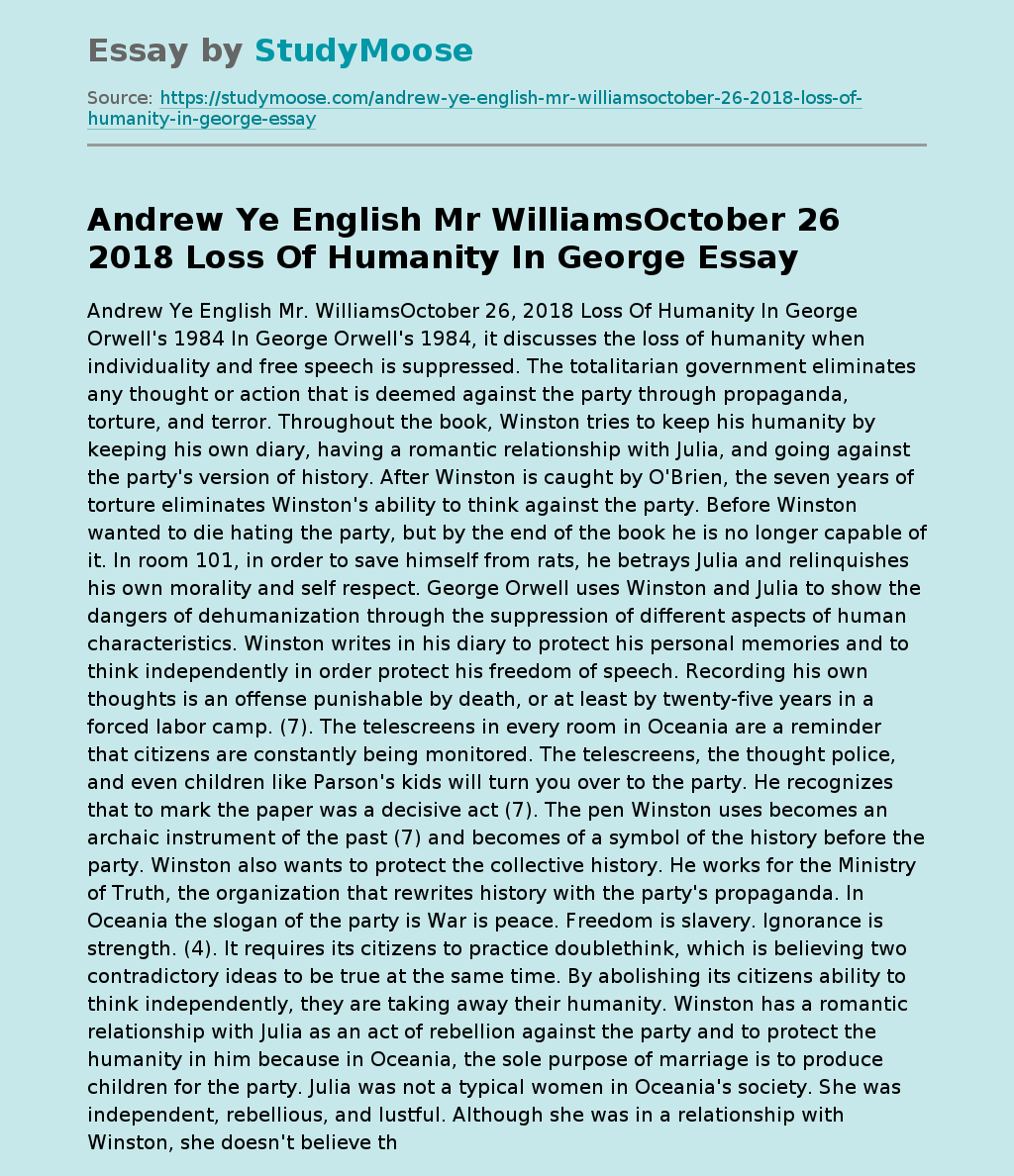