Don't use plagiarized sources. Get your custom essay on
“ Andrew Jackson: Presidency and Facts ”
Get custom paper
NEW! smart matching with writer

One of the ways the Native Americans resisted was by taking a legal route at courts. In a court case Cherokee Nation v. Georgia, William Wirt. argued Cherokee represented an independent nation and Georgian laws that were aimed at getting rid of them should have been halted, but the supreme court decided the Cherokee did not meet the requirements of a nation. In another court case Worcester v. Georgia it was finally determined that the Native American tribes counted as independent nations, however that did not stop Jackson from ignoring the outcome of this case and proceeding with his plans.

In the end, most Indians had no choice but to submit and relocate towards the west. Jackson removed Indians to uphold his reputation, due to his racism and greed.

Jackson fought numerous battles against the Native Americans, including the creek in 1812 and semiote in 1817, his history with the Native Americans was known to everyone. In a quote ‘…his reputation and popularity rested in large measure on his firm commitment to remove Indians from states in the South.'(Corbett, et al. 10.4) the authors talk about how Jackson gained vast popularity due to his hatred towards the Native Americans. Jackson stuck to his ideas on removing Native Americans all throughout his presidency because he wanted to uphold the image he set to the people who got him elected the first place.

In conclusion, Jackson decided to remove the Native American People in order to save his popularity, due to his prejudices towards the Native Americans and his greed for land. All the series of events mentioned previously had caused numerous disastrous outcomes. One of the most tragic events caused by Jackson’s actions was the forceful removal of the Cherokee people, in the quote ‘This forced migration, known as the Trail of Tears, caused the deaths of as many as four thousand Cherokee'(Corbett, et al. 10.4) the authors explain the outcome of forcing the Cherokee out of their lands and how many deaths Jackson’s decisions caused. 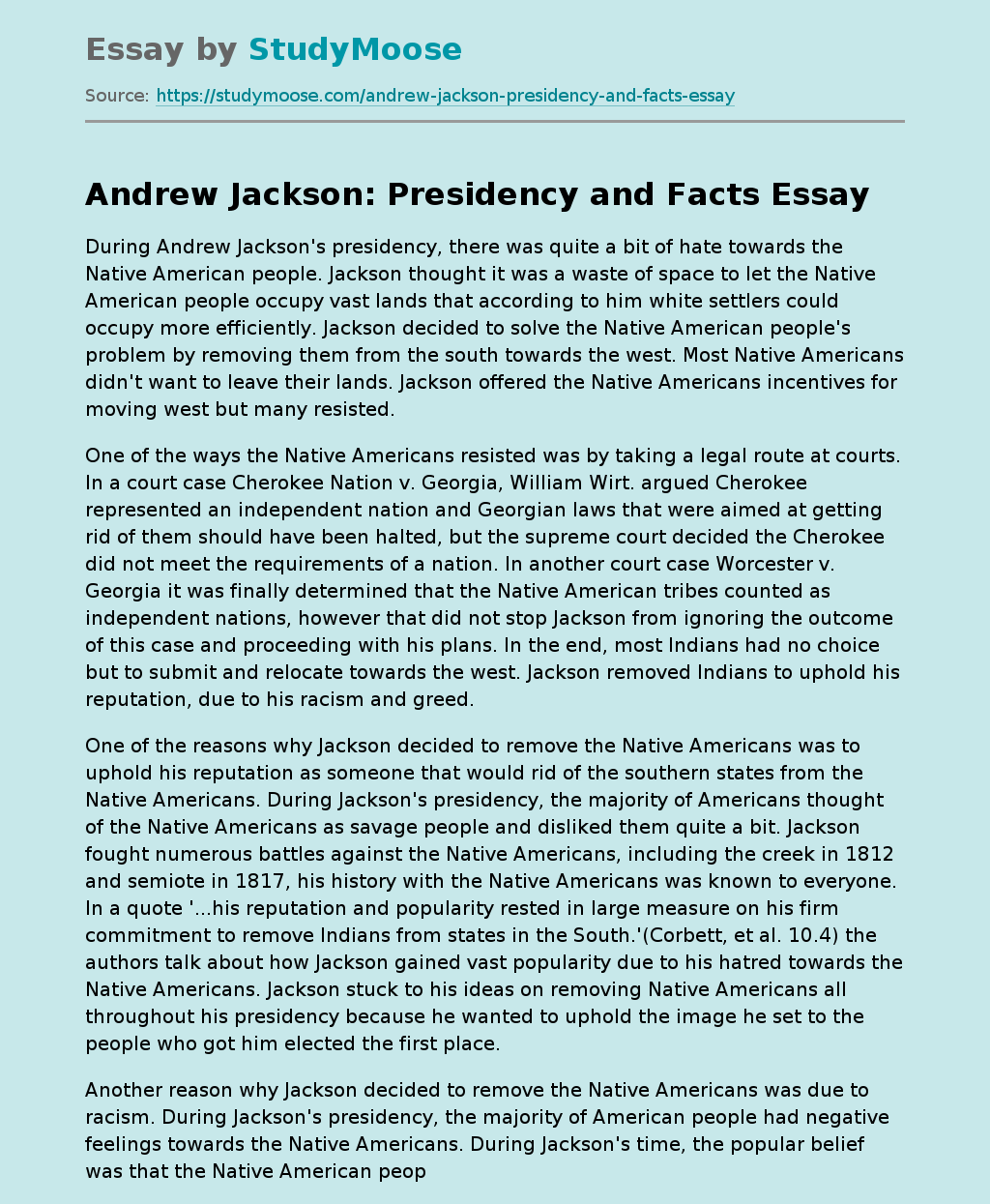