I always find myself drawn to Nathaniel Hawthorne’s stories, particularly his short-short ‘Young Goodman Brown’. Hawthorne’s use of allegory and symbolism keeps me coming back for more. I find how influential Nathaniel Hawthorne was in early American Literature fascinating. The way he is able to dig deep into the morality of man is awing. Common allegories found in ‘Young Goodman Brown’ are the fall of man, loss of innocence, destructing of mankind, and sin.

Three months into their marriage Goodman Brown sets off on a journey into the forest. Because of the Puritan’s strict beliefs, they often believed that the forest was a lawless place cursed by sin; where savages, beast, and the Devil himself lives. This, however, doesn’t stop Goodman Brown from ignoring his wives pleads to stay home with her, and he ventures into the night on his spiritual quest.

He walks in the woods thinking he could within stand the influence of the Devil and return a righteous person stronger in his faith. Instead, he returns with troubling conflicting thoughts, never to trust anyone again. To live in constant fear of the ones closest to him. Goodman Brown underestimates the power of sin as he gives to its seduction. Only to live out his days as a gloomy and hopeless man.

There are many stories, poems, movies, television programs, songs even that display those who have given into the temptation of the Devil, but I can’t help but think of ‘Over the Garden Wall’ a miniseries that air on Cartoon Network back in 2014.

This series takes place in a Puritan America setting in a world where humans, animals, and the supernatural coexist. The story follows two brothers Wirt and Greg as they journey through the labyrinth forest of the unknown to make it back home. They face many challenges from the towns and settlements along their journey.

The main antagonist is the Beast, a Satanic figure, who corrupts those who have been led astray from the path with deception and deals. Throughout the series, he taunts Wirt into succumbing so hopelessness, eventually succeeding after Wirt believes his brother is gone. Just like once Goodman Brown sees his beloved wife fail to resist the lure of the forest, he loses his faith and hope. 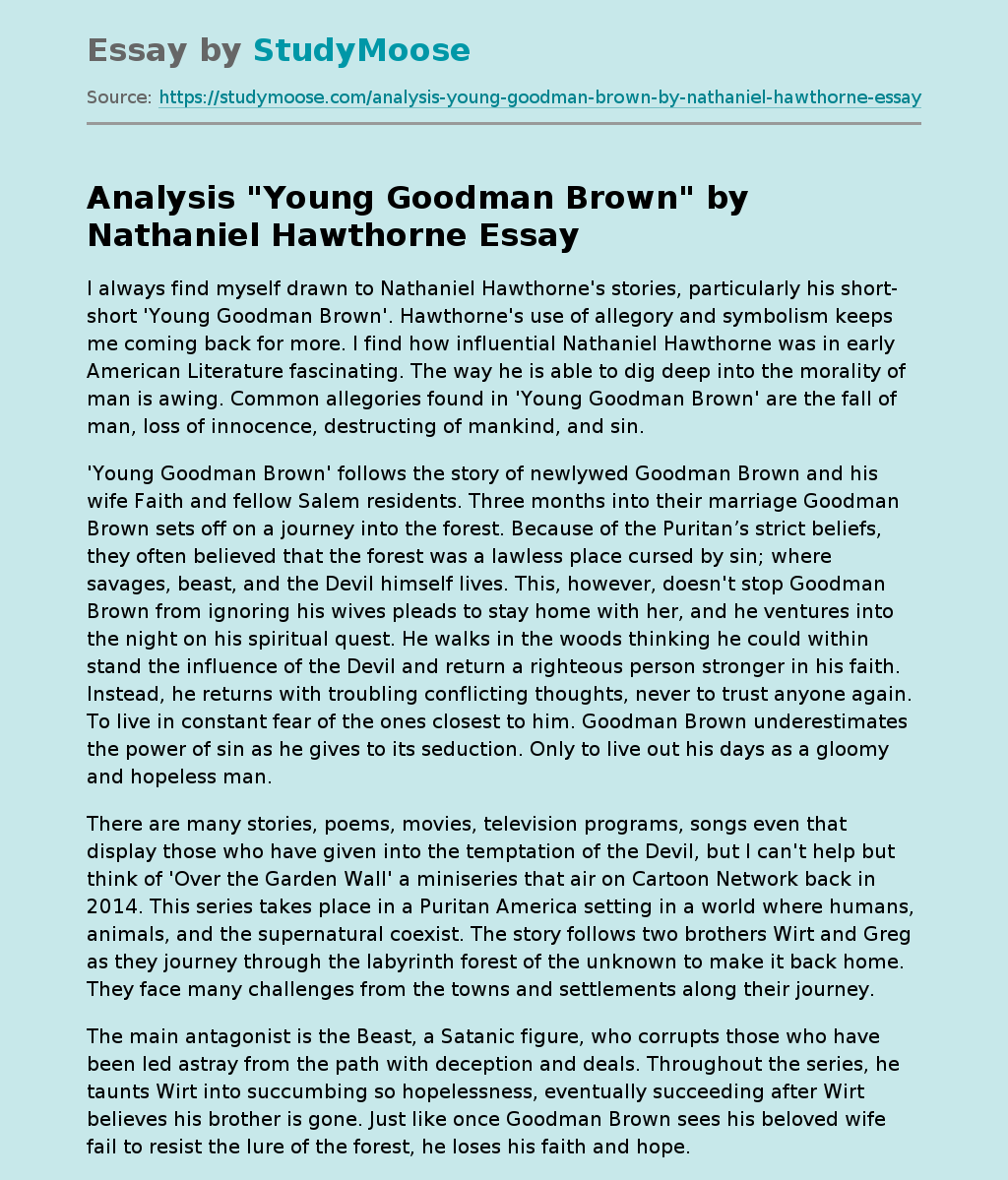