Short term memory (STM) is stored in the brain for approximately 3- 18 seconds, whereas long term memories (LTM) can be stored in the brain from up to a few minutes to a lifetime. STM and LTM have different encoding processes. STM is encoded into the brain mainly by sound (acoustic), the way LTM is encoded into the brain in terms of the word or situations meaning rather than sound (semantically). The capacity of LTM seems unlimited, though research has shown that LTM can change or not be as easy to recall as a person ages.

The capacity of STM is limited; Miller’s Magic Number 7+/- 2 experiments where he investigated the serial digit span proves this. The STM theory was supported by Peterson and Peterson’s study in 1995 when they used their trigram experiment. They asked participants to remember three numbers or letters e.g. RGT or 452. They were then told to count backwards to stop them from rehearsing the trigram.

Their recollect was tested after 3,6,9,12,15 and 18 seconds and they had to recall the trigram in the correct order. They discovered that 80% of the participants recalled the trigrams correctly after 3 seconds but recall dropped to 10% after 18 seconds. This study proved that without rehearsal, information is not held in short term memory for very long. The capacity of STM was shown by Miller in 1956, in his paper ‘The Magic Number 7+/-2’. Jacobs investigated the serial digit span (7+/-2). The participant was given a series of digits, starting with one number or letter which gradually increased by one ate the end of every sequence.

Jacobs found that the average span for recalling numbers was 9.3 and 7.3 for letters. This span increased as participants got older. It is said that this is due to ‘chunking’.

Chunking is a memory trick that groups (chunks) together items in a series in a way that is meaningful. The meaning behind these chunks causes increased memory retention. The LTM theory was supported by Bahrick et al. They used participants from the USA because of their tradition of keeping school yearbooks. The participants were asked to remember as many names of their ex classmates as they could recall (free recall). They were then shown photographs from the yearbook along with others the participants would not have seen. The participants were told to identify those that they recognised (visual recognition). 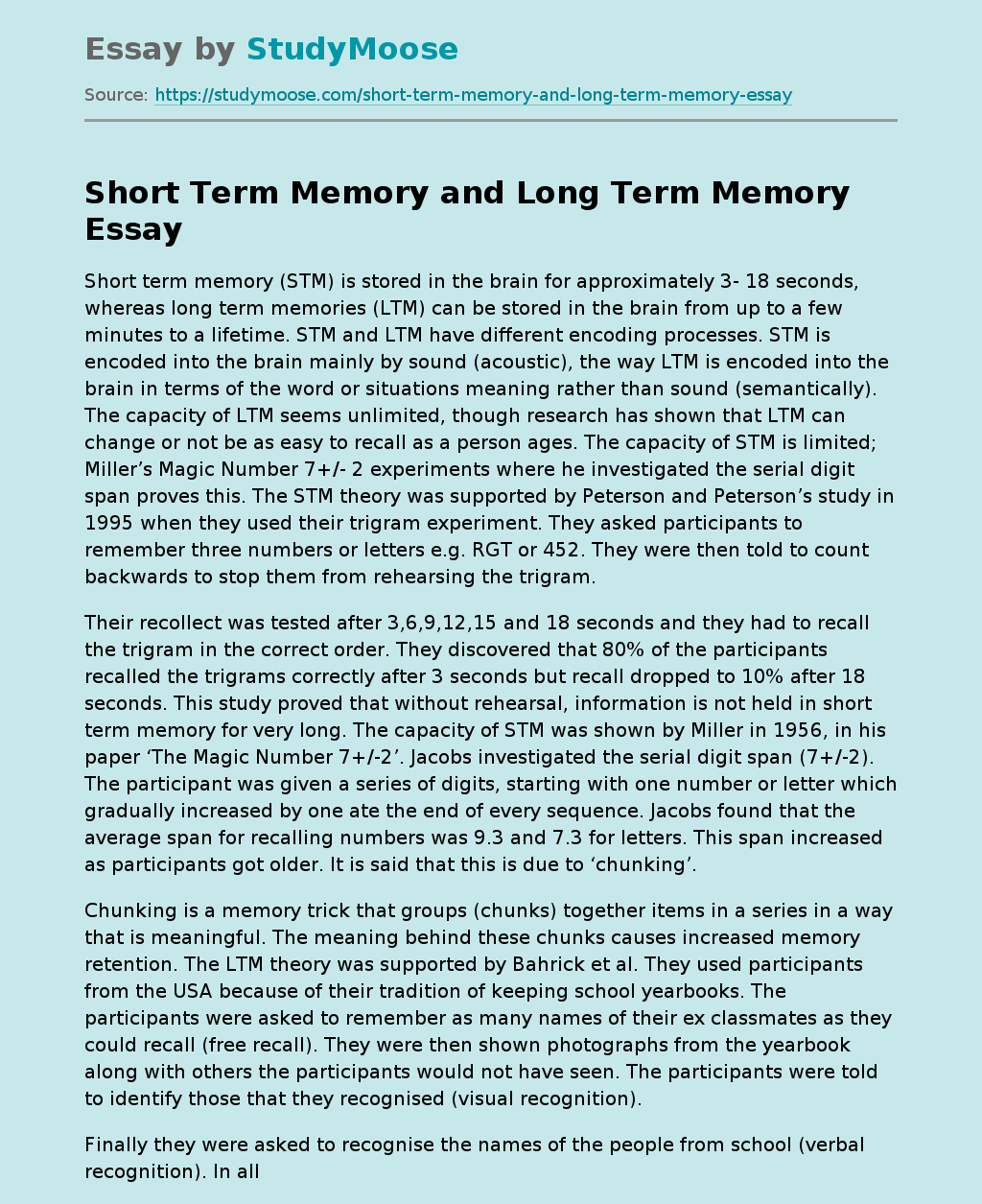