1. Yale University professor William Graham Sumner was an advocate of social Darwinism. Sumner said, “The aggregation of large fortunes is not at all a thing to be regretted, on the contrary, it is a necessary condition of many forms of social advance…. Millionaires are the product of natural selection.”

Don't use plagiarized sources. Get your custom essay on
“ Salvation Army and Darwin ”
Get custom paper
NEW! smart matching with writer

Author Charles M. Sheldon asked his readers to consider “What would Jesus do?” in regard to society’s problems.

Explain the difference between social Darwinism and the Social Gospel.

• What did each school of thought advocate in terms of social policies?

• What actions did each believe the government or individuals should take?

➢ Social Darwinism was basically the rich getting richer. They had no duty to help the poor because they were strong believers of the survival of the fittest. Social Gospel was the people that wanted to apply Christian principles into society such as helping the poor.

➢ The Social Gospel movement is a Protestant intellectual movement that was most prominent in the early 20th century United States and Canada.

The movement applied Christian ethics to social problems, especially issues of justice such as excessive wealth, poverty, alcoholism, crime, racial tensions, slums, bad hygiene, child labor, inadequate labor unions, poor schools, and the danger of war. Whereas the social Darwinists believed that their money was their own and they did not have to give it to anyone. 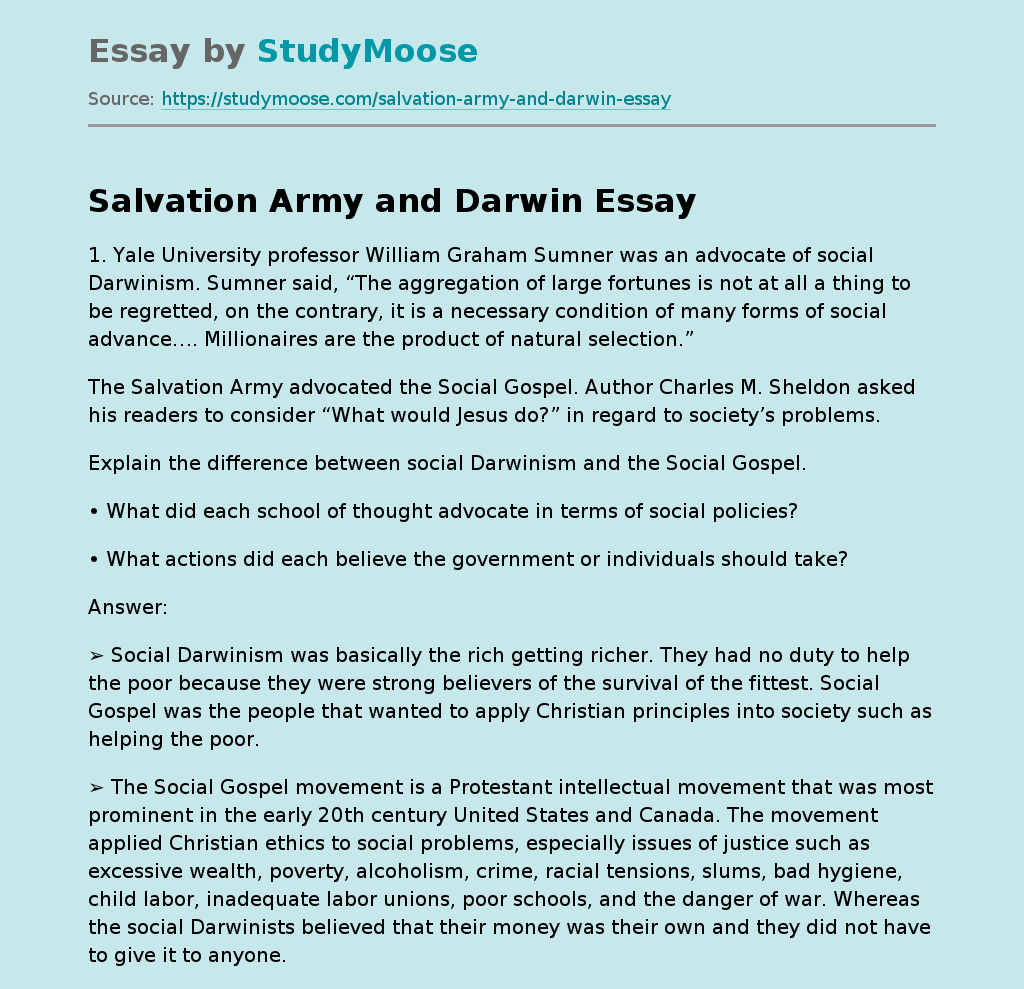