At the start of the movie we are given Molly speaks to us in her traditional language, during this duration we are given beautiful shots of Jigalong, and after them we are shown Molly and her family I believe this was made for background information but also to keep the viewers at their seats at the same time. We are also given close ups o the main characters which obviously communicates to us that the character is the one being spoken about.

Phillip Noyce manages to tell so much information in such a little story. There are also a variety of close ups during this movie for example when the man takes Maud’s children we receive close ups of Molly, Daisy, Gracie, Maud and Maud’s mother. Close ups are generally used for suspense or to change what we should be attended to such as when we are shown Mr Neville at the start we are given a frontal close up obviously to frame a picture of Mr Neville in his personality and also the type of man he is.

We are also shown close ups of Molly when she talks about the ‘Bad people’ that the doesn’t like During the film we are also shown many, many long shots such like when Molly is running early in the morning we are shown a long shot of her running in the morning trying to get to her mother in time. This was used to make a dramatic sequence at the start of the scene, make it feel like there is a chase like something is happening and if you were bored by the movie before you are now.

This is also a transition to let people know that these girls are still in danger.

After watching the film you realise there is one filming technique which people usually leave out, and that is symbolism The use of symbolism in Rabbit Proof Fence is used to explore the concept that the journey matters and not the destination does not really. Symbolism the use of symbols to represent ideas or qualities the spirit birds presence in the story speaks the importance of religion to these girls and the importance of the journey to the girls. The spirit bird in a partial scene of the movie, when the spirit bird appears over an exhausted Molly and Gracie and arouses them from their sleep. This is used to refer to hope and provides in indication that they will make it home, and will have benefited from their journey in a spiritual way. The use of symbolism lends to the notion that it is indeed the journey and not the destination that matters.

Another point in the film worth mentioning is the use of lighting, Different lighting techniques enable the notion of the journey being the thing that matters to be conveyed to the viewer. They use a technique in lighting to create lighting specific to the girls’ moods and this can infer location, time, emotion and the general changing nature of the journey; from a stealthy slow chase to a sprint for their lives; from starvation or unrelenting temperature change to nourishment. After reviewing the film many times I have realised that during the journey there is a punitive brightness throughout most of the journey this could be used to symbolise the unforgiving and harsh conditions of the walk that need to be overwhelmed before the girls can complete their journey. 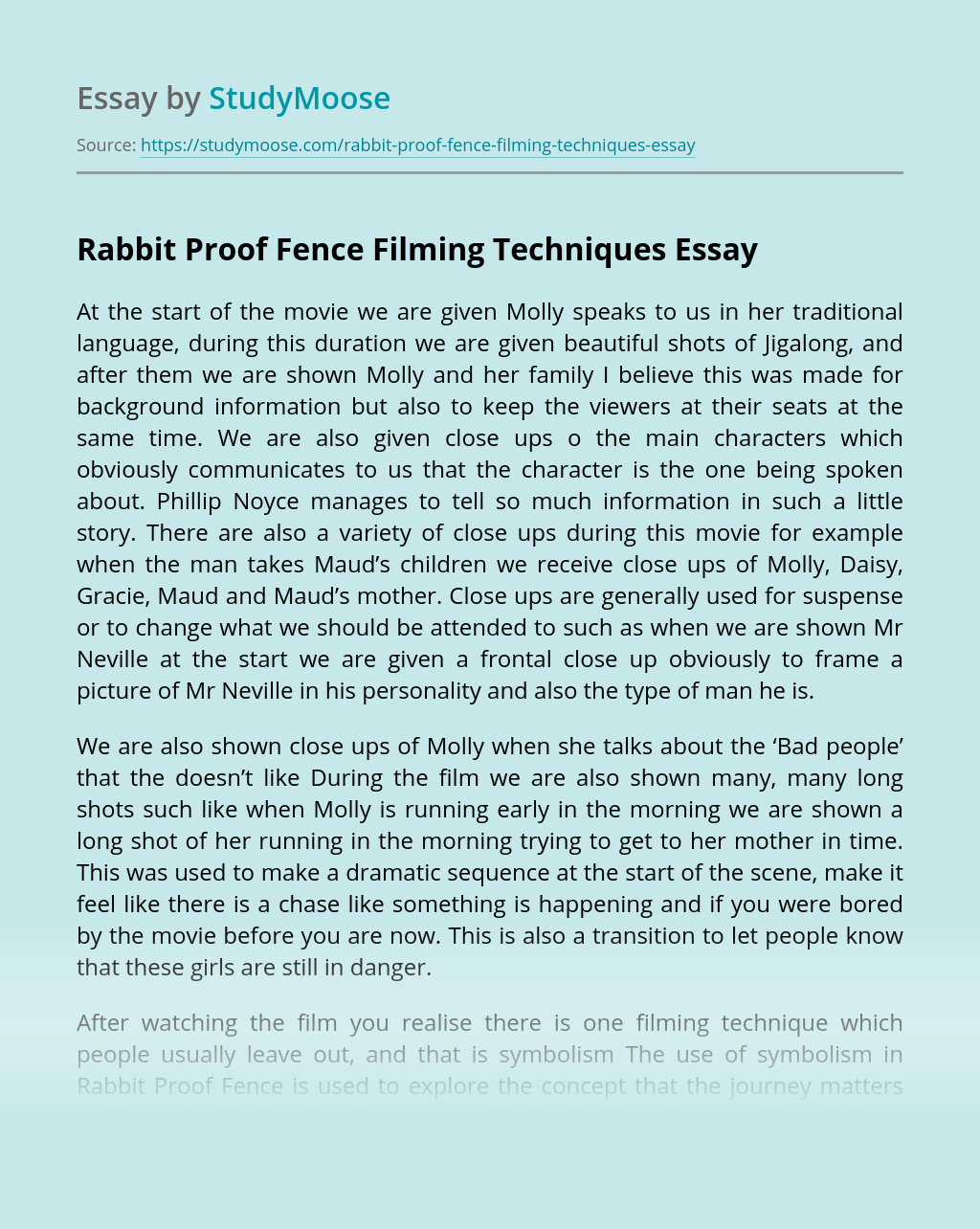