The purpose of this lab was to define what the initial velocity of the ball when it is launched out of the pipe. Our next objective is to determine at what angle that the ball will be ejected at the maximum range. Lastly, we predict and confirm the range before we launch the ball at a certain angle.

Projectile motion according to Dr. James S. Walker is defined as, “the motion of objects that are initially launched –or “projected”- and that then continue moving under the influence of gravity alone” (82).

Don't use plagiarized sources. Get your custom essay on
“ Projectile Motion Experiment ”
Get custom paper
NEW! smart matching with writer

To begin the lab set the launcher to a medium range setting. We used carbon paper on top of white paper to determine where the ball lands on the floor.

We then shot the ball at angles of 30, 35, 40, 45, and 50 degrees. We recorded the distances after each shot and determined that shooting the ball at 40 degrees gave us the maximum range. We kept the launcher at a medium setting and shot the ball straight out 5 times and determined what the average range was at this degree. We used that data to determine that the initial velocity was 4.627 m/s. Next we chose our own angle which was 22 degrees and predicted that the range would be 2.

57 meters. We then shot the ball 5 times and determined the average range of flight was 3.03 meters.

In lab 4 we experimented with projectile motion which is the motion of an object that has been launched into movement by a force such as throwing or using a machine. We used the data we gathered from this experiment to predict an average range for an angle we picked and we were not very far off from the real numbers. Air resistance, percent error, and measurements are things to keep in mind when considering what could have caused errors with our predictions for the range. 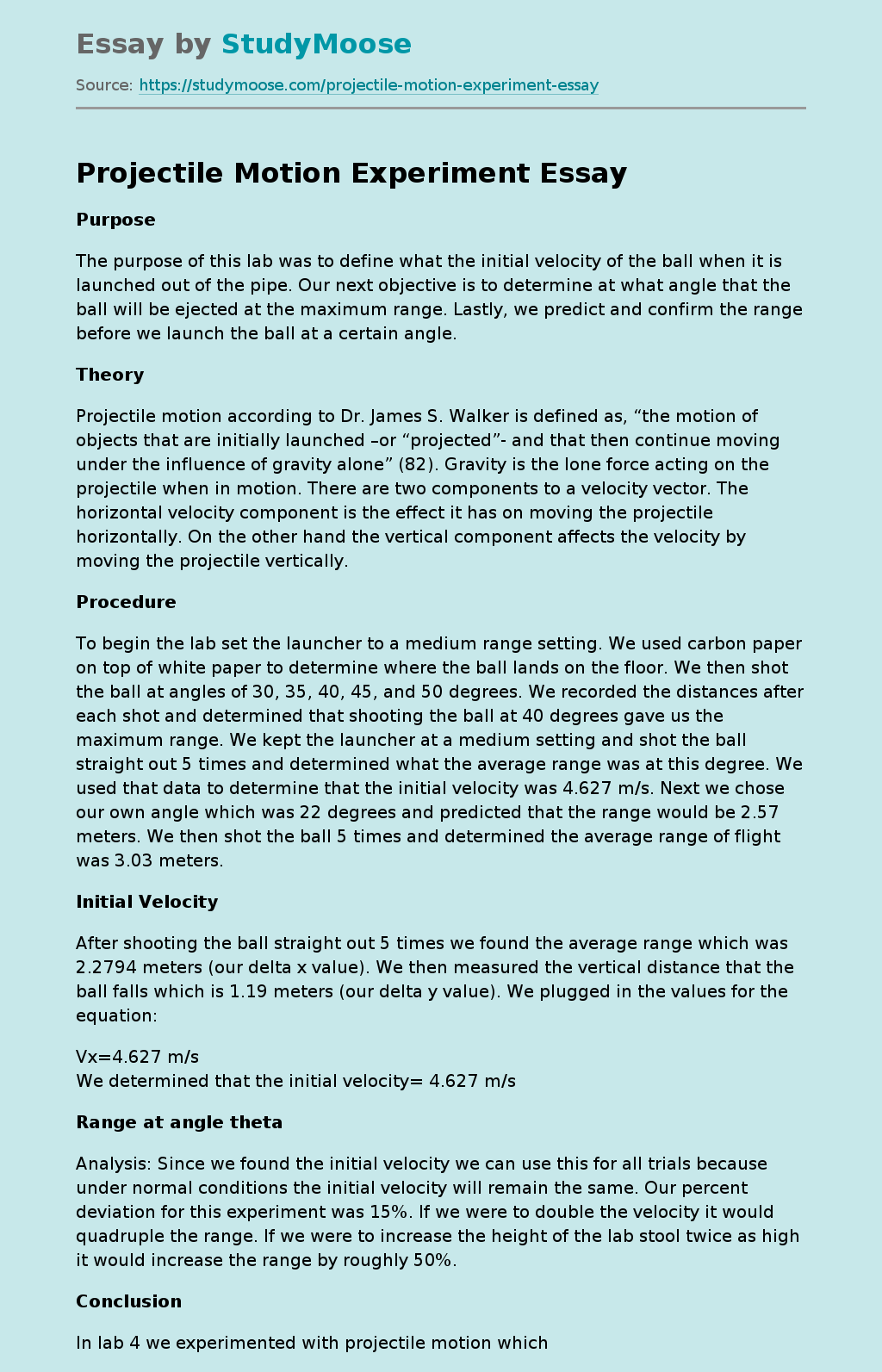