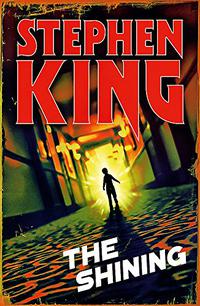 Have you ever thought of why or how our mind often escape reality and start wondering about the most unusual things? That is the beauty of the human brain. No one can expect what one might think or do in different series of events.

Use of psychological effects

In the movie, The Shining, director Stanley Kubrick shows various psychological effects on humans’ sanity. The Shining is a novel adaptation by Stephen King, the world’s most renown horror and supernatural author, that embodies a story based on a family who temporarily lived way up in the mountain at Overlook Hotel. Jack Torrance, the father of the family, was finding a cure for his writer’s block, and he thought that working as a winter caretaker in the secluded hotel would restore his mind. During his job interview, Stuart Ullman, the hotel manager, warned them about the confined location of the hotel after telling a story about the berserk previous hotel caretaker who murdered his entire family inside room 237 in the hotel. Despite the warnings, Jack, being the obstinate man he is, accepted the job nevertheless. Little did he know, the hotel is bedeviled and his son, Danny, who got a telepathic ability, could see unusual things going around in the hotel. The monster(s) in The Shining are signified by the feeling of psychologically isolated in one’s mind because of the lack of companionship that us humans can hardly endure.

Stephen King states, “This inhuman place makes human monsters” (17). Here, King is referring to the isolated location of the hotel that is one of the main themes of this movie. Additionally, the movie focuses on minuscule details such as red clothing, spacious hotel, and positioning of characters to give a better sense of detachment. In “How Signs Work”, Arthur Asa Berger expresses, “Signs are related to objects by resembling them, being casually connected to them, or being conventionally tied to them” (12). Signs play a major role in our lives without us realizing it because we assume a lot of things into different meanings, even though one sign can signify different meanings. Monsters are often generalized in the society as inhumane creatures that possess some unusual qualities, like having wings or monstrous abilities. However, the true meaning of monster is something that creates a sense of fear in one’s mind because people are vulnerable mentally and emotionally. Right after the family moved into the hotel, we could see Danny’s point of view, visualizing a flood of blood pouring out of the hotel’s elevator and blacked out immediately. This is shown at the beginning of the movie to signify the danger that is about to flow onto them in the haunted hotel. Mr. Hallorann, the hotel’s head cook, took Danny to eat ice cream but he found out that they share “shining”, a power that enables both of them to communicate mentally. That being said, Danny’s mind is the key to survival because it allows him to see the past and the future. After a short span of time, the family started to feel isolated from the rest of the world, that they are the only people left on Earth. The feeling of detachment made Jack weaker mentally and physically, which made him inquisitive about room 237.

Role of a monster

Month after month, Jack’s writer’s block remained still, and he did not get any further with his writing. Wendy, Jack’s sensible wife, was worried about his condition. Thus, she kept offering him help but Jack only became defensive and insisted Wendy to stay away from him. This shows how their situation is affecting them mentally, hence, their odd actions. In “Fear of the Monster Is Really a Kind of Desire”, Cohen mentions, “When contained by geographic, generic, or epistemic marginalization, the monster can function as an alter ego, as an alluring projection of (an Other) self” (190). The monster in this movie is defined by the physical actions of the characters due to their mental complications. It is used to symbolize personal fear, troubles, anger, vulnerability, violence, and any other irrational actions. One’s alter ego will be exposed once the “monsters” have passed the limit of their mental capacity. Accordingly, Jack is the affected character in the movie. The fear of isolation has surpassed his limit, thus, losing his mind and letting the monster get control of his actions. In one scene, Jack completely lost his mind in the hotel. He went to a bar inside the hotel and started chattering with Lloyd, a ghost bartender that actually works in the hotel or is just a piece of Jack’s memory. Afterwards, he hallucinated deeper and met more spirits, including the insane room 237 murderer, who then told Jack to reiterate the same murder scheme to his family. This is one of the most notable scenes in the movie as it clearly shows Jack’s perspective after losing his mind. In other words, the fear of isolation has changed Jack’s mentality.

Even though some might consider monsters as living creatures, both nonfiction and fiction, that possess inhumane qualities, it might not be the best definition of a monster. I find the statement, “When we think critically about monsters, we tend to classify them as personifications of what we fear. Frankenstein’s monster illustrated our trepidation about untethered science; Godzilla was spawned from the fear of the atomic age; werewolves feed into an instinctual panic over predation and man’s detachment from nature” (Klosterman 41) very convincing. Monsters are those that people scare, fear, and despise. Hence, some monsters usually overtake the host’s mind, letting them have immoral behaviors or actions. Over time, Jack discovered an axe and searched for Danny and Wendy all over the hotel. Danny, using his telepathic ability, lost control and wrote the word “Redrum” on a mirror while saying it repeatedly. It took a while for Wendy to realize it is the word “Murder” backwards, and when she did, Jack was already there to swing the axe into the door. They escaped from the hotel and went into the infamous maze during a snowstorm. After playing hide and seek for a while, Danny and Wendy escaped using a snowcat machine, leaving Jack to freeze to death. This last scene of the movie illustrates a person who has gone insane. After hearing Grady, he listened to him without hesitation and tried to murder his own family. In “Why We Crave Horror Movies”, Stephen King expresses, “I think that we’re all mentally ill; those of us outside the asylums only hide it a little better – and maybe not all that much better, after all” (16). This represents the theme of psychologically sick in the movie. As we can see, both Jack and Danny clearly are mentally ill, with Jack having lost his mind, and Danny having a telepathic ability. However, as King stated, Jack exposes it too much that he tried to kill his own family, while on the other hand, only a few knows about Danny’s telepathic ability that was used to save Wendy and himself.

Throughout the movie, different psychological aspects of the characters are portrayed to the audiences. The theme of isolation plays a great role in aiding each and every character’s different perspectives. Jack, being the first one to lose his mind and turned insane, depicts someone who does not have any control over themselves anymore. On the other hand, Danny symbolizes someone who has a special ability and tries to help people with it. If we were to define monster as a living creature that possess inhumane qualities, then both Jack and Danny would be considered as monsters. However, if monsters are defined as something that creates a sense of fear in one, only Jack is considered a monster because of his irrational actions. The Shining signifies that not everyone has the same mental capacity to how much they are able to deal with different things going on in their lives. Being isolated, like the family were in the movie, is one factor that almost everyone will experience at least once in a lifetime. Hence, it is important to know our priorities, that there will always be a second chance before doing irrational things.

Save Time On Research and Writing
Hire a Pro to Write You a 100% Plagiarism-Free Paper.
Get My Paper
We've found 6 essay samples about The Shining
Prev
1 of 1
Next
Other books by the author
Misery
Get to Know The Price Estimate For Your Paper
Topic
Number of pages
Email Invalid email