Our group consisted of five members. As we did not know each other that well in the beginning one of the hardest tasks was to estimate how everyone’s attitude towards working in a team was like and how much effort every single member is going to put in our project. My role was to, first of all, suggest and eventually choose a topic upon the agreement of the other team members. Furthermore, I had to clarify what we were going to do, as only two of us had actually read the requirements prior to our first group meeting.

Don't use plagiarized sources. Get your custom essay on
“ Individual Reflective Report on Teamwork ”
Get custom paper
NEW! smart matching with writer

This was quite time consuming regarding the allocation of the tasks. Besides the fact, we were not complete on our agreed-upon time and therefore had to wait until we actually could get started.

The division of the tasks itself went well, as everyone agreed on what he or she would have to do. We clarified what was not clear and each team member started working on his or her task.

We made the decision to distribute the several tasks upon the five of us in order to work individually on a certain part. As there were four main tasks to fulfil and two optional ones we opted for taking one of the optional tasks as well. In order to balance the parts each team member would present, we divided the Pestle framework in two parts. The time taken for the preparation and design stages of the presentation were underestimated. Therefore, the division was a good decision.

Communication was limited to moderate in the group. In the very beginning we created a ‘WhatsApp’ Group in order to have a fast and easy way to communicate, as everyone is reachable on his or her mobile phone almost constantly. Expect if it is about setting a date and time for the team meeting.

The presentation was planned to be put together a couple of days before the actual presentation day. We agreed upon that one of us would be responsible for the merging of the single parts before that last meeting. Moreover, this person suggested taking care of the design, which every team member was fine with.

On our last meeting we wanted to merge the last part of a team member who was not yet done with his or her part. However, it did not happen to be as it was supposed to be: somehow she did not save her presentation correctly and all her work was gone. We helped her re-do her part of the presentation as good as possible and finally added this last part to our whole presentation. Notwithstanding, this group member had other imaginations concerning the design of the presentation. Therefore, she decided on her own to re-do it and consequently changed it completely, which was a bit frustrating and offending my team member who put time and effort in that task. Again, here we can see a weakness of miscommunication in our group.

My recommendation in the very beginning was to decide upon a certain design in order not to have troubles in the end to merge the different powerpoint presentations together. This was unfortunately rejected or only voted for by one person; hence, we did it at very last minute. Here, I see a weakness concerning my own role as a team member. Instead, I should have resisted on taking over the leadership role and basically just implement my idea, but I did not, which turned out to be a minor mistake.

What was admittedly quite creditable in the functioning of the team is the support one offered once in a while to another. One team member once had difficulties with his or her part and communicated it to the group. As a team we tried to help him or her out as good as possible and gave suggestions on what he or she could add or improve in order to solve the problem. Also concerning issues of understanding, no one hesitated to explain a specific topic if he or she noticed a team member did not fully understand a certain part. If we would have the chance to work in the team again, we would have a lot to work on. For instance, time management, team work, co-ordination and individual preparation in order to function as a team member.

In general, I like team work if it is functioning as it is supposed to be: every team member is prepared, knows beforehand what task we have to fulfil, and prepares his or her individual part satisfyingly. Hence, trust and confidence are established and the collaboration is working out. Correspondingly, I favour considering and sharing opinions within the group. Concerning the fact, that we now know each other already and I have developed a feeling of how every team member is performing individually and in team I would work with the same team again.

Nevertheless, I would opt for a change regarding my own role, the co-ordination of the whole group and the time management. Beginning with my role as a team member, I would definitely take over the responsibility concerning co-ordination, design and time management. In the future, I would rather take the risk to have some disagreements and more discussions than letting others take over the responsibility and in the end not being powerful enough to change something, because of time constraints.

Group 4 project was an interesting learning experience. It forced me to work with people that I haven’t worked with before, take into account our team’s different opinions and make the most out of what we had. We started out with an idea, water suspended on a table without a cup, that we spent a whole meeting on, before we realized that it was not possible to do it, which left us with two meetings to decide what we were going to do.

I was then unable to make the two next meetings, and this caused major planning problems, which were reflected during our presentation, added to the fact that I did not talk enough with my team members about what we were going to do, which left our whole group pretty much clueless on our actual presentation. Added to this, we all had different ideas about what we wanted to do with the paper helicopter, what size should it be, how we were going to present it, which led to arguments on the day of the presentation.

I am usually stubborn, and it is hard to make me change my mind when I am set in a direction, but we finally managed to come to a compromise which satisfied everyone. From this, I learned that my idea is not necessarily the only working solution, and that there isn’t always one solution to a problem, although better planning and better communication could have avoided such problem on the actual presentation day. Regarding the actual presentation, it was obvious that our planning was not very good.

Some material was missing, and we had to run around last minute to gather what was left. My teammates were stressing out because they weren’t ready at all, but being used to doing things last minute, I think that managed pretty well to take charge of the group project to get what was needed and to lead the actual presentation, which surprised me. I am not a very good public speakers, in fact I don’t like standing in front of a class and talking, but I found that during this project, not only was I not afraid of going up, but I actually enjoyed it.

I learned that when I put as much effort as I can into something, especially something that I like, my fear of public speaking actually goes away and all the hard work that we put into this project, even last minute, comes out and makes something that can be regarded as good. We did have trouble managing the presentation though, as soon as the class started making their own paper helicopters, it was really hard to get them focused again. Our whole team understood that, and instead we instinctively broke up into small groups to try and help everyone achieve the final design.

To me, my overall opinion of our presentation is that although we lacked preparation, we ended up doing something good. What I learned from this experience is that I am not limited to what I have done in the past. Taking over the presentation was something that really surprised me, and although I know that I talked a bit too much, I am glad that it happened that way, as it showed me that public speaking can actually be one strength instead of my weakness. 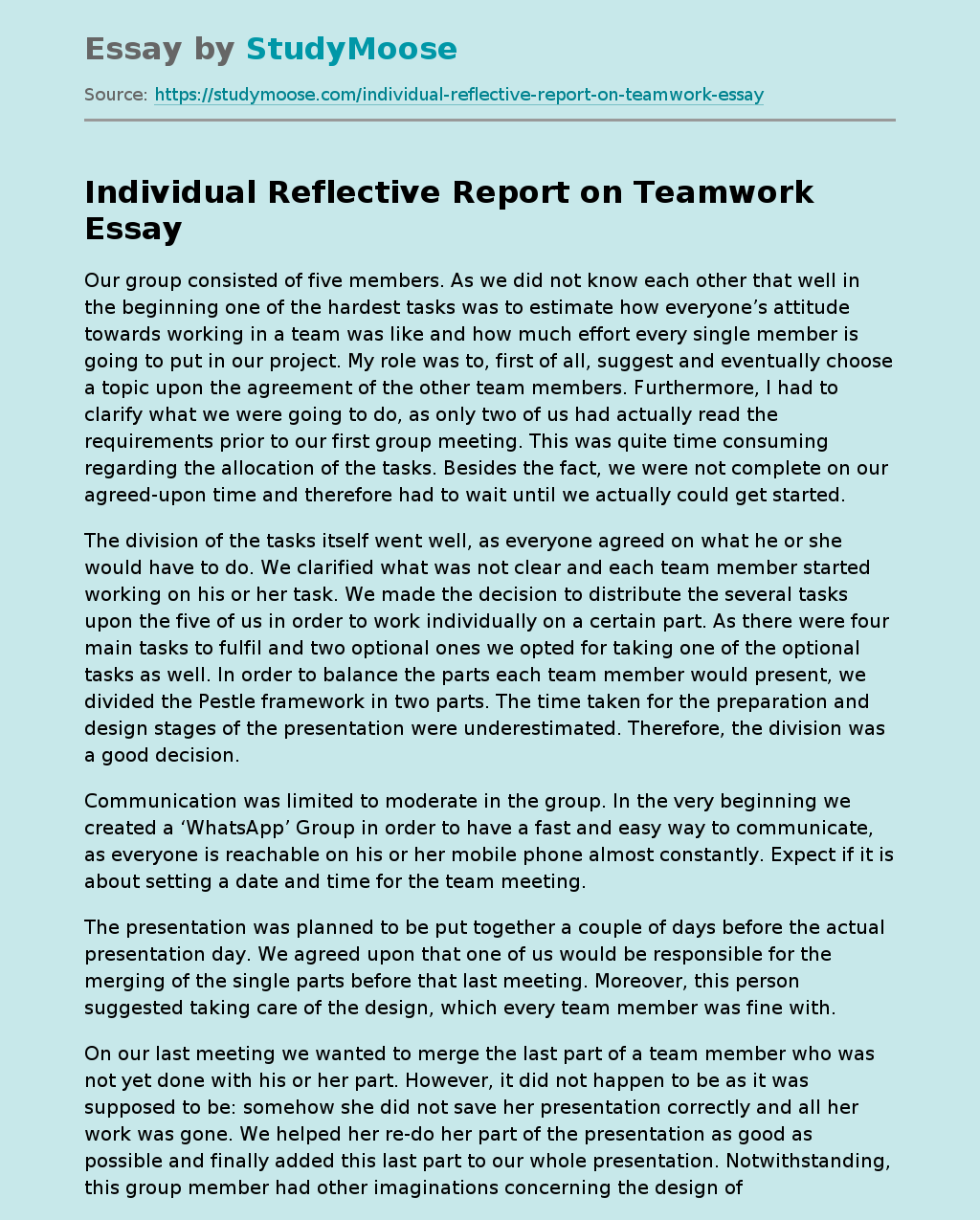