Conduction – the passage of energy, particularly heat or electricity, through something.

Rate of Change – the ratio of the difference in values of a variable during a time period to the length of that time period.

Calorimeter – an apparatus for measuring the amount of heat given out or taken in during a process such as combustion or change of state. The measurements are often made by observing the amount of solid liquefied, or liquid vaporized, under set conditions.

Conservation of Energy – the principle that the amount of energy in an isolated system remains the same, even though the form of energy may change

At the start, the cold cup had the most potential energy.

Turn in your highest-quality paper
Get a qualified writer to help you with
“ Heat Transfer by Conduction Lab ”
Get high-quality paper
NEW! AI matching with writer

The hot cup lost the most energy.

The hot cup was a heat source.

The hot cup was transferring most of its energy into the cold cup.

My graph shows that there is a change in the rate of the heat lost or gained as time passed because it showed the indirect relationship between the cold cup gaining energy as the hot cup lost energy.

The rate of heat loss from the hot cup decreased during the experiment.

If the experiment were left standing for 24 hours, the temperatures of both of the cups will eventually go back to be the temperature of the air in the room.

I would modify the equipment to increase the rate of heat transfer from the hot cup to the cold cup by putting a container over the cups so the heat lost to the air could be decreased and more of that energy could be transferred directly into the cold cup.

There is a change in rate of energy exchange as time passes because at one point the heat from the hot cup can be lost faster than at a different point. 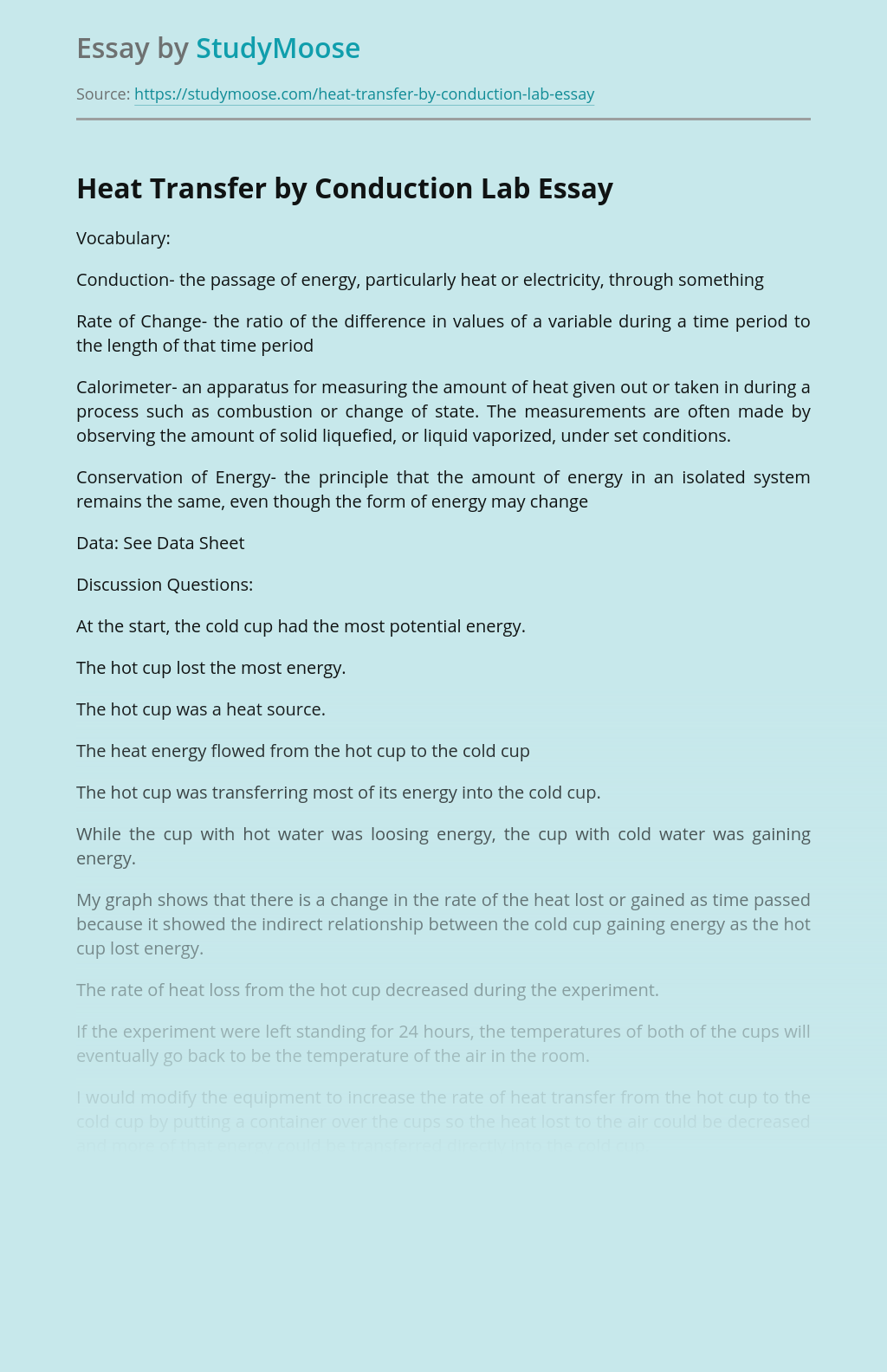 Turn in your highest-quality paper
Get a qualified writer to help you with
“ Heat Transfer by Conduction Lab ”
Get high-quality paper
Helping students since 2015
Stay Safe, Stay Original