The Fundamental Attribution Error (FAE) principle states that man tends to ignore outside pressure and factors when judging the behavior of others. This means that people believe that a certain action or behavior was a cause of an internal motive rather than some influence from external pressure. In simple words, the FAE describes the inability to step inside other people’s shoes.

The name FAE was first coined by Ross in 1977 but the idea has been around for a very long time.

Don't use plagiarized sources. Get your custom essay on
“ Fundamental Attribution Error in Student’s Behavior ”
Get custom paper
NEW! smart matching with writer

Polish psychologist Gustav Ichheiser first identified the phenomenon in 1929 and others began to study it in the following years. One of the most classical demonstrations of the FAE was noted in Edward Jones and Victor Harris’ study in 1967.

Jones and Harris worked with Yale students in order to prove the behavior of the FAE. The participants were given articles which were either pro-Castro or anti-Castro. They first gave the articles and told them that the writers were writing freely and then they asked them to rate the attitude the writer has towards Fidel Castro between positive and negative.

They repeated the same process with other students but this time told them that the author’s position was assigned in a coin-toss.

In the first group, were the articles were “freely” written, most of the students rated the pro-Castro articles as having a very positive attitude towards Fidel.

Unlike the results that Jones and Harris hypothesized, when they reviewed the “coin-toss” group ratings, students still thought the authors of pro-Castro articles had a positive attitude towards Fidel. They had disregarded the fact that the authors were forced to defend a certain position which could have been different from their own.

However, rating essays may not be the best example to compare with real life. The students could have been confused by the instructions and believed they had to rate the author’s position in the essay not the author’s true position. However, the results concluded have not conflicted with any of the results from the multiple variations of the experiment and because the FAE occurs pretty frequently in daily life, there is little doubt that the behavior/theory is false. 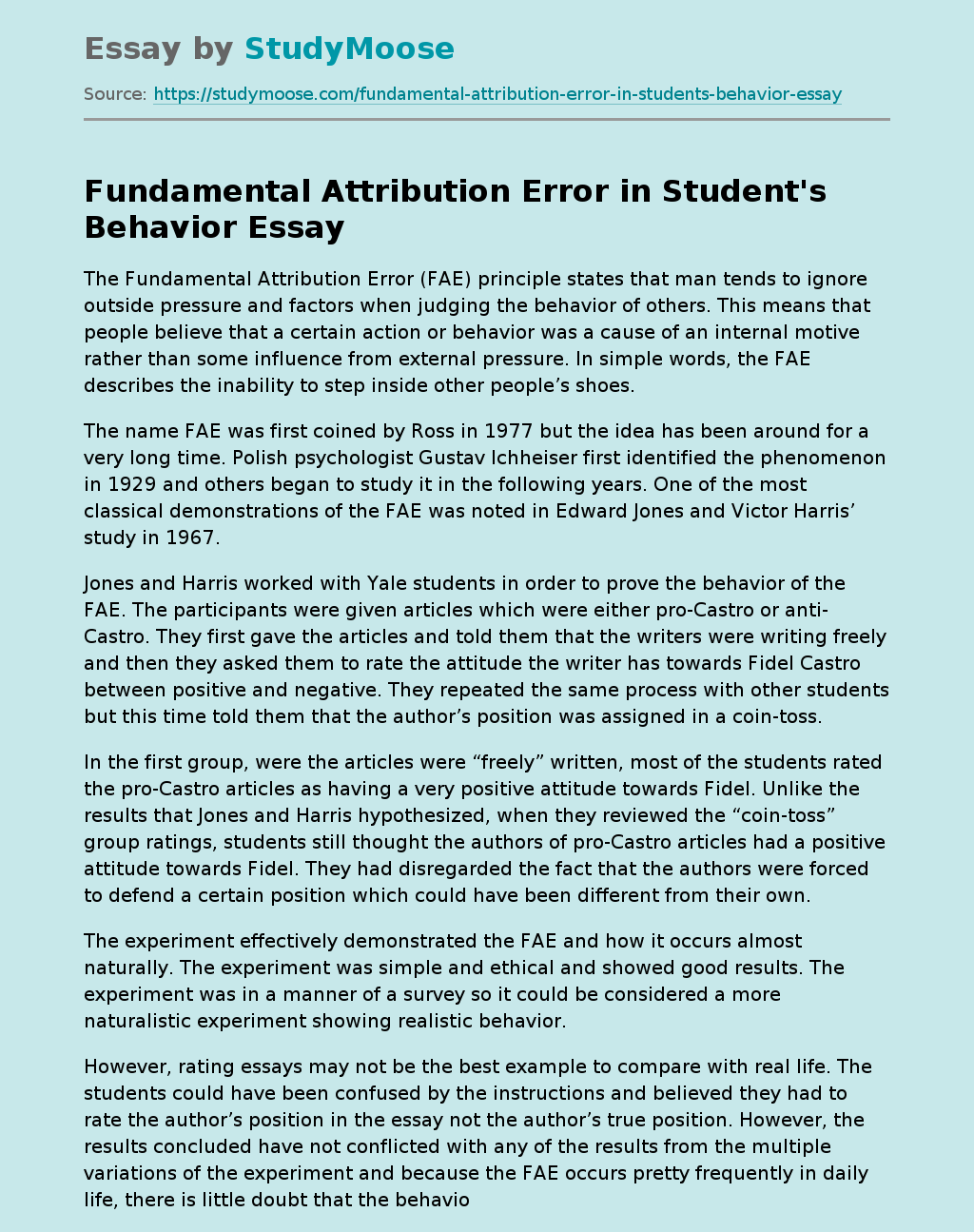