The book I read is called Football Genius by Tim Green. This book was not a Newberry winner but I think it should have been. The main character of this book is named Troy, and he lives in Atlanta, Georgia. His main goal is to help the Falcons go all the way to the Super Bowl this year. One day my mom brought this book home for me to read on my free time and it ended up being the best book I’ve ever read.

Don't use plagiarized sources. Get your custom essay on
“ Football genius ”
Get custom paper
NEW! smart matching with writer

The main character is named Troy. Troy can predict the plays in any football game, if you ask me that is pretty amazing.

Some of Troy’s good qualities are that he is very athletic, and a very smart boy. He plays on a football team and is the best quarterback in the league. He also got all A’s on his report card. One of Troy’s bad qualities is that he never takes no for an answer.

After the NFL star almost gets him arrested for coming to his home after he told him to stay away. Troy still pushes his door open just to prove that he can really predict the plays while they watched Monday night football on TV. One of the problems that Troy had was failing to show coach Krock his talent.

He finally figured out that he could not show the coach because the film that they were watching was of a preseason game. So when he got another chance he proved the coach wrong.

The other problem that Troy faced was standing up to Jamie and trying to prove that his mom really did work for the falcons. Then one day he got a real Falcons football from his mom to prove it to Jamie. This story took place in Atlanta, Georgia in 2007. Troy lives in a small house in the woods. He has a very long dirt drive way.

The house is surrounded by pine trees and he can always smell them. He also goes to the Georgia dome to watch the falcons play almost every Sunday. This was a great book. It might have been the best book that I’ve ever read. I think that this was pretty realistic but I’m not sure that it is possible that anyone could predict every play in a football game. I would definitely recommend this book to all of my friends or teammates. I felt that this was very well written and geared for kids my age. This was an all around great book! 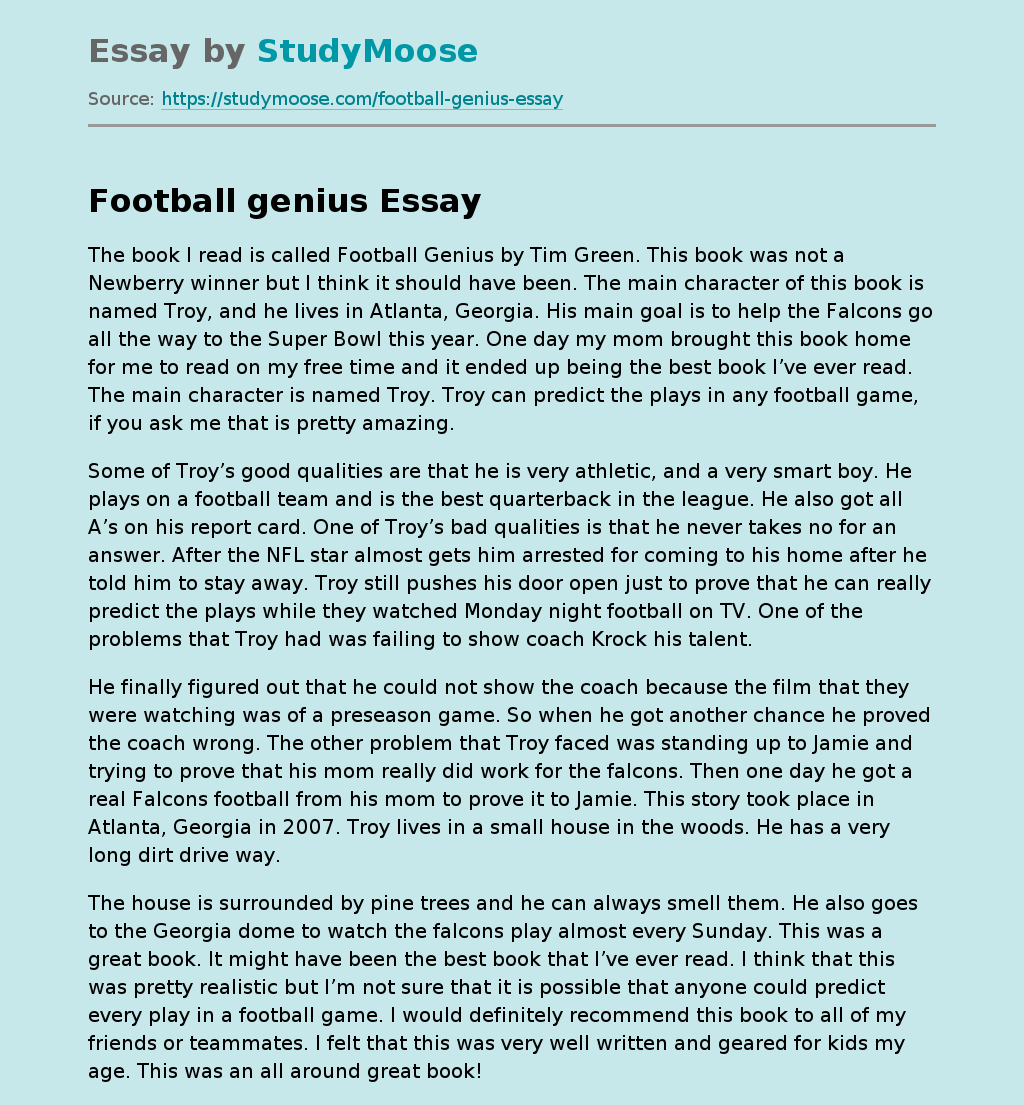