Figurative Language Use and Examples

Don't use plagiarized sources. Get your custom essay on
“ Figurative Language Use and Examples ”
Get custom paper
NEW! smart matching with writer

The first verse of the song sets the tone of respect and the theme of potential. The first lines of the song use multiple metaphors that read “She’s just a girl, and she’s on fire. Hotter than a fantasy, longer like a highway. She’s living in a world, and it’s on fire,” which demonstrate how this girl is just an ordinary girl but she has been able to accomplish great things in this competitive world that we live in.

The following verse also demonstrates how the ordinary girl has “stood her ground” in the competitive world. The verse contains an idiom that reads “Oh, she got both feet on the ground…Oh, she got her head in the clouds and she’s not backing down,” which states that the ordinary girl has ideas that may seem unrealistic but she will strive to make these ideas come to life and not just be a daydream.

Throughout the song “This girl is on fire” is repeated, hence it is the chorus. When the chorus is on, the audience just awaits that powerful note, because throughout the song Alicia Keys puts the most emphasis on these five words. The repetition of that line demonstrates the strength and potential this ordinary girl has. Also the repetition and vibrato behind the chorus, makes the metaphor that much more powerful and believable to the audience; it is able to evoke a sense of hope in the audience for this ordinary girl.

Figurative Language Use and Examples. (2016, Feb 24). Retrieved from https://studymoose.com/figurative-language-use-and-examples-essay 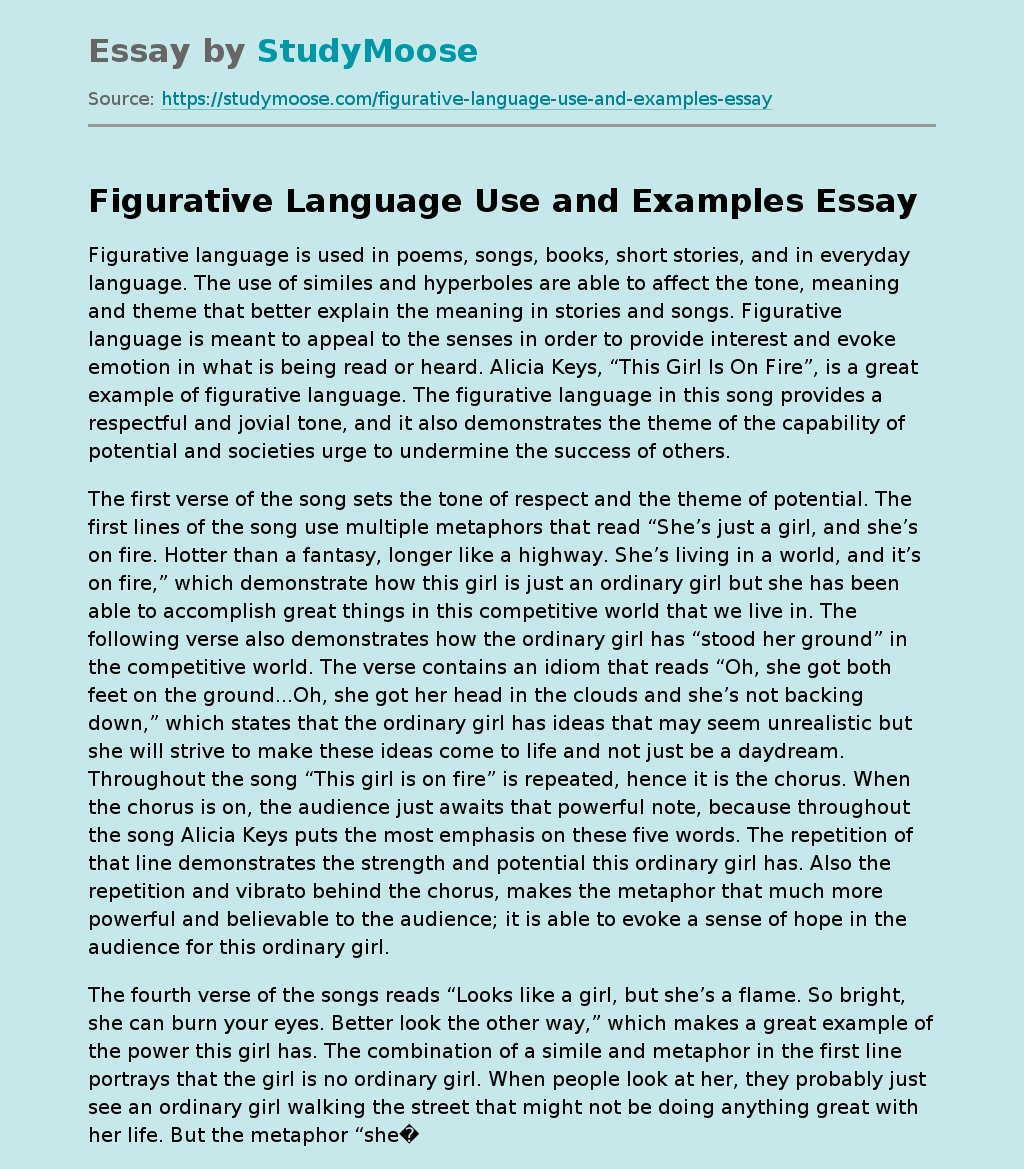