Don't use plagiarized sources. Get your custom essay on
“ Commoners when asked what their favorite Christmas carol is they would give ”
Get custom paper
NEW! smart matching with writer

It was published in the festive season of Christmas back in 1843. It has five staves rather than chapters. Stave is a metaphor used which basically means a simple song, with a beginning and then middle and eventually an end. Dickens uses stave to link the story of his writing to the cheerful and festive season of Christmas such as caroling while at the very same time Dickens also fills the story with the nature of the society at that time with their mindset of politics.

Dickens relates himself with the character in his book, Bob Cratchit. Similar to Cratchit, Dickens was also a husband and a father of quite a big number family. His wife was pregnant while Dickens was writing this book with their fifth child and they were struggling financially as well. Since his earlier writings were not under the spotlight and at the same time their living expenses were too high, he wrote this book desperately in attempt to earn more money to provide for his family.

Commoners when asked what their favorite Christmas carol is they would give. (2019, Aug 20). Retrieved from https://studymoose.com/commoners-when-asked-what-their-favorite-christmas-carol-is-they-would-give-essay 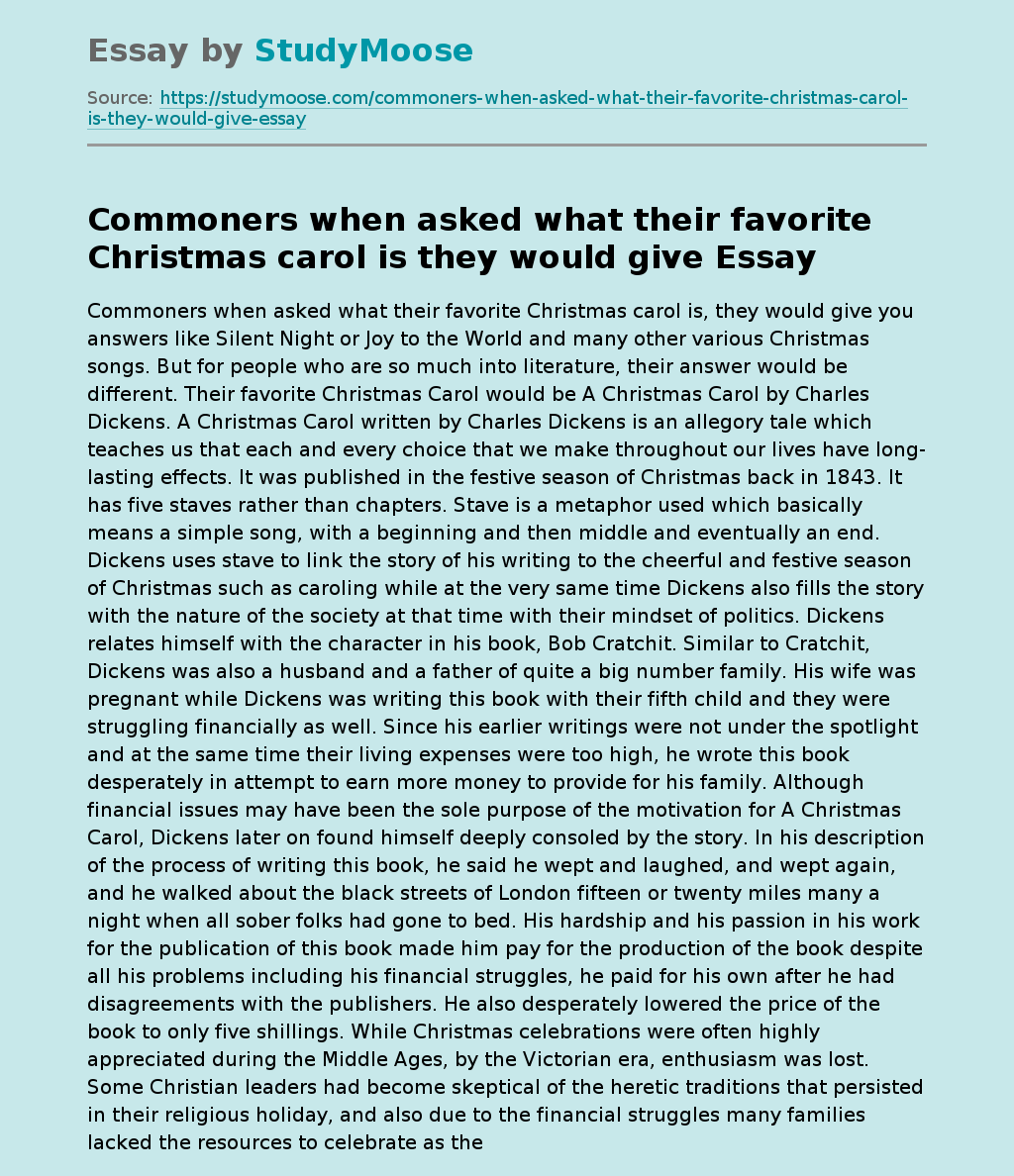