Meredith Grey, M. D. is a fictional character from the medical drama television series Grey’s Anatomy, which airs on the American Broadcasting Company (ABC) in the United States. The character was created by series’ producer Shonda Rhimes, and is portrayed by actress Ellen Pompeo. Meredith is the series’ protagonist, and was introduced as a surgical intern at the fictional Seattle Grace Mercy West Hospital, eventually obtaining the position of resident, and later attending.

As the daughter of world-renowned surgeon Ellis Grey, Meredith struggles with the everyday life of being an attending, maintaining the relationship with her one-night stand and eventual husband Derek Shepherd, her new-found motherhood, and the friendships with her colleagues.

Don't use plagiarized sources. Get your custom essay on
“ Character Analysis of Meredith Grey in Grey’s Anatomy ”
Get custom paper
NEW! smart matching with writer

Meredith is the narrator of the show and serves as the focal point for most episodes. Pompeo’s connection with Patrick Dempsey (Derek Shepherd) is acclaimed as a high point of the series. Rhimes has characterized Meredith as not believing in good or bad, but doing what she thinks is right.

Pompeo has been nominated for several awards, winning many of them, for her performance on the show. Grey has been positively received by television critics, with Alessandra Stanley of The New York Times referring to her as “the heroine of Grey’s Anatomy”. News of Pompeo leaving uprose when it was made clear that her contract ended after the eighth season. Speculation occurred again when Rhimes reported that Grey’s Anatomy will be returning for a ninth season. TVLine reported that Ellen Pompeo has signed on for two more years, along with her fellow cast members. 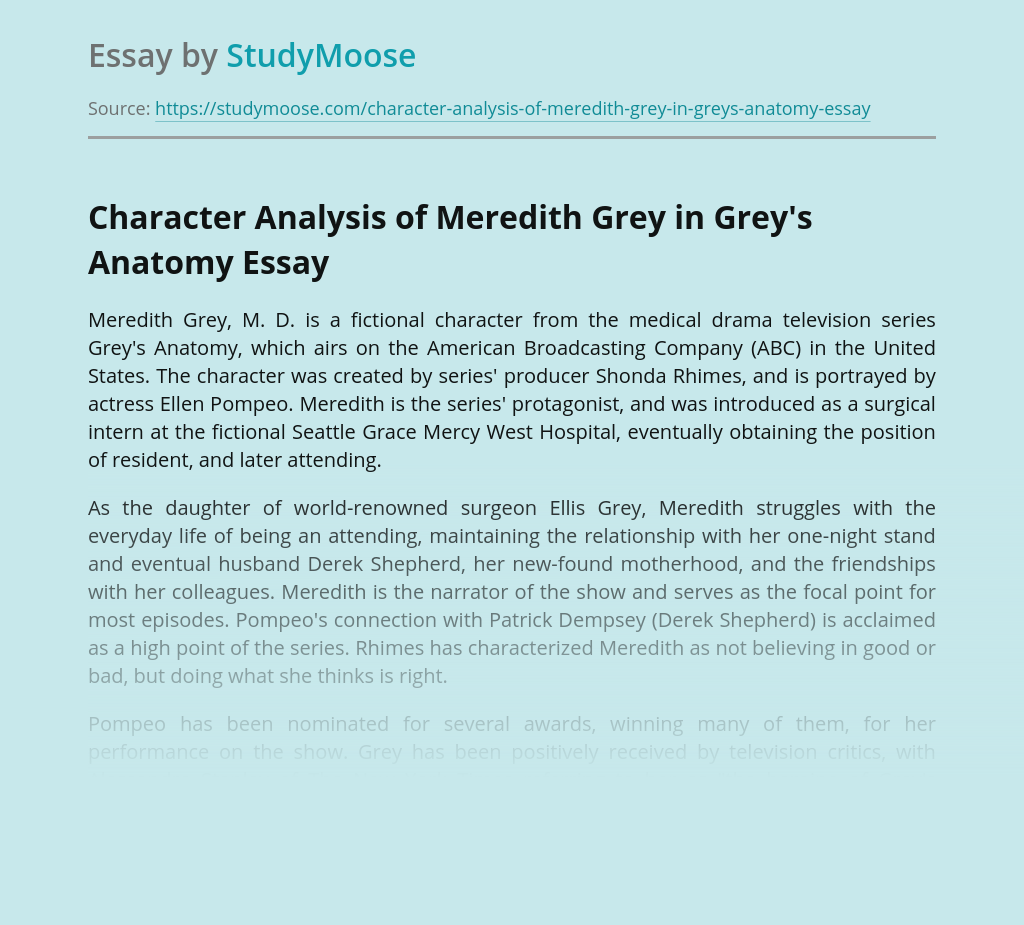