The Konark Temple or The Black Pagoda is one of the most beautiful ornaments in the crown adorning the rich heritage and history of Odisha. It is located in the district of Puri in Odisha.

The reason for choosing this particular site for this assignment was that every time I visited the place, I was left spell bound by the grandeur of this architectural marvel.

The temple was built in the thirteenth century by King Narsimhadeva of the Ganga dynasty. It was designed as a colossal solar chariot with twelve pairs of exquisitely-ornamented wheels dragged by seven rearing horses.

Turn in your highest-quality paper
Get a qualified writer to help you with
“ The Konark Temple ”
Get high-quality paper
NEW! AI matching with writer

As per folklore the temple was constructed by Samba, the son of Lord Krishna. It is said that Samba was afflicted by leprosy, brought about by his father’s curse on him. After 12 years of penance, he was cured by Surya, the Sun God, in whose honor he built the magnificent Konark Sun Temple.

” The main sanctum has fallen off due to strains of time and of invasions. The present day temple site has only the remains of the main temple complex, however the gateway remains. Konark music and dance festival is an annual festival held in the temple premises, which attracts lots of tourists from across the world. The Konark Sun temple is a World heritage site. 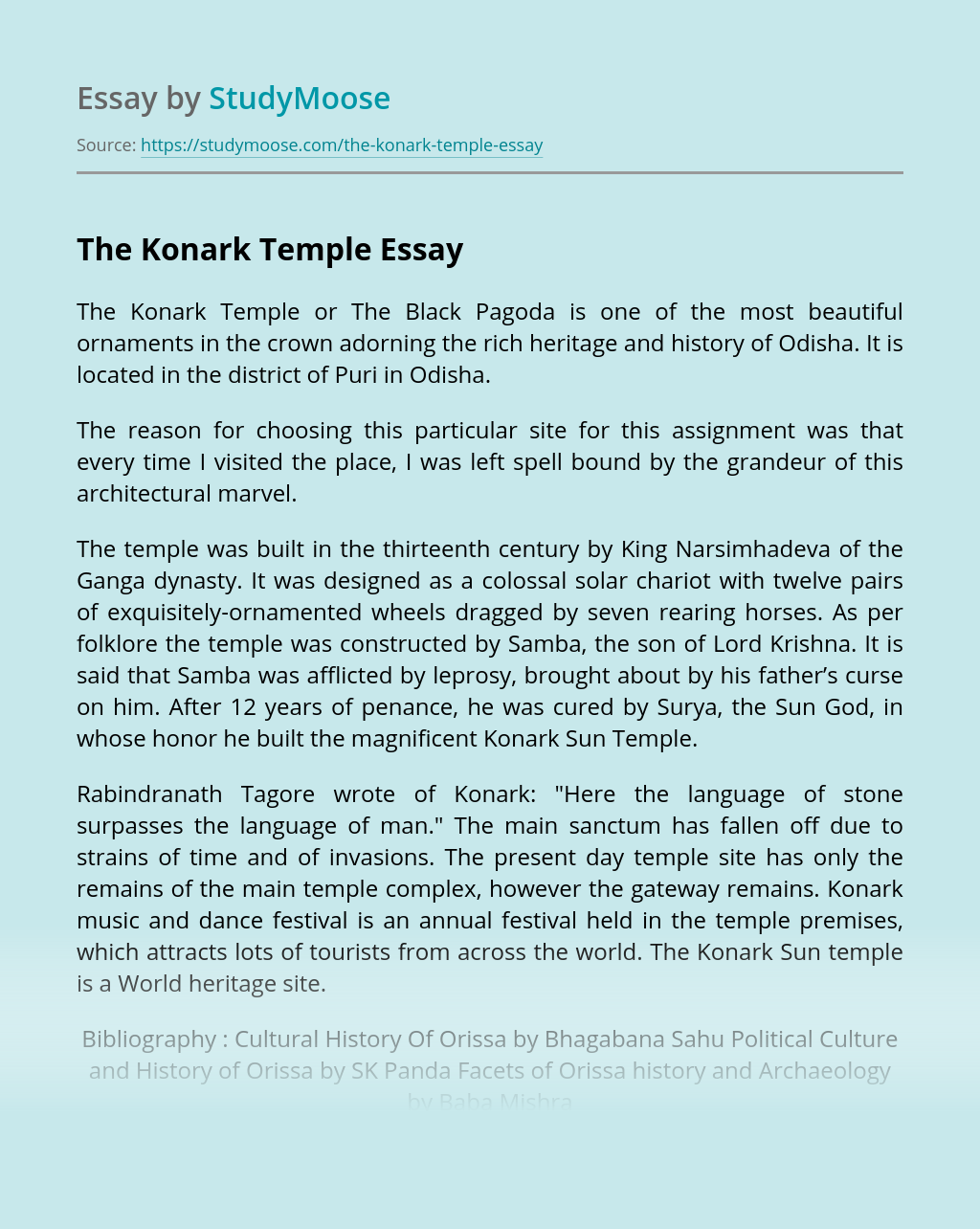 Turn in your highest-quality paper
Get a qualified writer to help you with
“ The Konark Temple ”
Get high-quality paper
Helping students since 2015
Stay Safe, Stay Original