Narrated by Amir, a novelist living in California, The Kite Runner by Khaled Hosseini tells the riveting story of a young friendship destroyed by jealousy, fear, and the kind of ongoing evil that develops at some point during politics.

A parallel joining the loss and redemption in this novel is the story of today’s inhospitable environments in Afghanistan and of Amir’s guilt-ridden relationship with the rundown city of his birth. “If you went from the Shar-e-Nau section to Kerteh-Parwan to buy a carpet, you risked getting shot by a sniper or getting blown up by a rocket-if you got past all the checkpoints, that was.

Don't use plagiarized sources.
Get Your Custom Essay on Kite Runner Reflection Just from $13,9/Page

You practically needed a visa to go from one neighborhood to the other. So people just stayed put, prayed the next rocket wouldn’t hit their home.” (Hosseini 256). In the modern world, Afghanistan is just as it is portrayed in this novel. The climates have not changed and the community acceptance has diminished.

The Kite Runner begins in the final days of an Afghan king’s 40-year reign and traces the country’s fall from a loving community to a tasteless, inhospitable environment controlled by the Russians, followed by the trigger-happy Taliban.

When Amir returns to Kabul to rescue Hassan’s orphaned child, the personal and the political get tangled together.

Today’s laws are based for majority on past ones. Laws and regulations in Afghanistan have merely gotten worse over the past few decades and there doesn’t seem to be any hope for any betterment in the future. It’s very heart wrenching when I see on television pictures of children, much younger than us, that have significantly nothing compared to what we have today. It makes me think and appreciate everything that’s been given to me in my lifetime. I know it is much more than most and I am very appreciative of it.

There are a few similarities between Canada and the Middle East, but very few. There are laws; yes, however the severity of the punishment only worsens. In this novel, we see that when the Taliban are ruling Kabul, they are very persistent when it comes to abiding the law. If you look at them the wrong way, your life could be taken very easily without them thinking twice. They will never regret it. In the novel they are monsters who thrive on the punishment of others. No regrets hang over them. No matter what, it will always be that way. 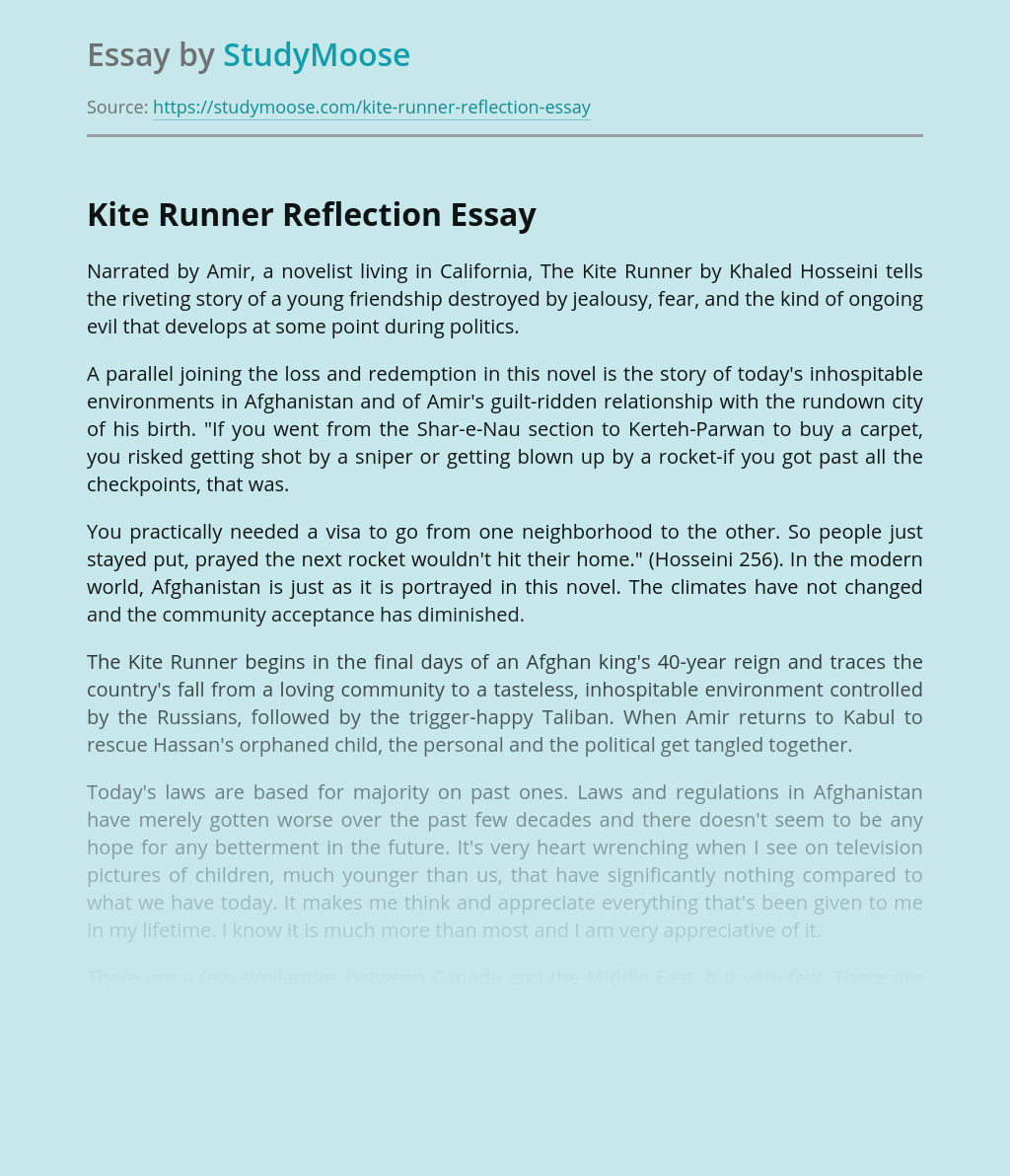 Formalism: The Rocking-Horse Winner by D.H. Lawrence is a wonderful story which consists of suspense and horror. The story takes place in England in the years after the First World War. The places include a home in London (London’s Richmond Park), and the Lincoln Racecourse in Lincoln. Some of the symbols that I felt were...

Blanche is sufficiently self-aware to know that she cannot survive in the world as it is. Reality is too harsh, so she must somehow create illusions that will allow her to maintain her delicate, fragile hold on life. “A woman’s charm is fifty percent illusion” (scene 2) she acknowledges to Stanley. Later in the story...

View sample
Why is Nick Carraway Fascinated in Gatsby?

Throughout “The Fantastic Gatsby”, written by F. Scott Fitzgerald, we witness Nick Carraways compulsive fascination of Gatsby. Nick states at the start of the book that he is ethically warded off by the indecency of all the characters he meets throughout his stay in New York, with the exception of Gatsby. Although Gatsby in some...