Mali tradition was replete with ceremonies that highlighted gracious gift-giving, special deference to their leaders and constant praise of God that were essential and significant parts of their politics and culture. Upon arrival in Mali, Ibn Battuta was met by his host along with “prominent residents” which included the qadi and a court interpreter, Dugha. They brought with them “hospitality gifts. ” Battuta felt most welcomed and by way of thanks asked for “God to reward them for their kindness.

” Their best dish was served Battuta.

He was to meet the sultan, next, who gave a lavish feast to honor Battuta’s late sultan of Morocco. After the prayers he was presented to the sultan who greeted him with “Give thanks to God” and his reply was “Praise be to God. ” He received a hospitality gift from the sultan which included “robes of honor, money, 3 cakes of bread, a piece of beef fried in native oil, and a calabash of sour curds.

” There was pomp and pageantry when the sultan held audience at the courtyard.

The people obeyed his every word and gave him their full attention when he spoke. Dugha was given his turn to show his prowess with the swords. The sultan gifted him with “a purse containing 200 withqals of gold dust. ” The commanders took their turns of gift-giving to Dugha. After his exhibition, it was the sultan’s turn to be exalted in poems. The people began with “The pompi which you occupy …” followed by a recitation of his noble deeds, which they said “memories [of] will outlive you.

Once the sultan was visited by negro cannibals in the company of one of their amirs. The sultan by custom “received them with honor” along with a negress servant as hospitality gift. They devoured the servant and left after they gave thanks to the sultan. At the end of his travels, Battuta came to see the Commander of the Faithful which he wished that “May God strengthen him” when Battuta kissed his hand in greeting. 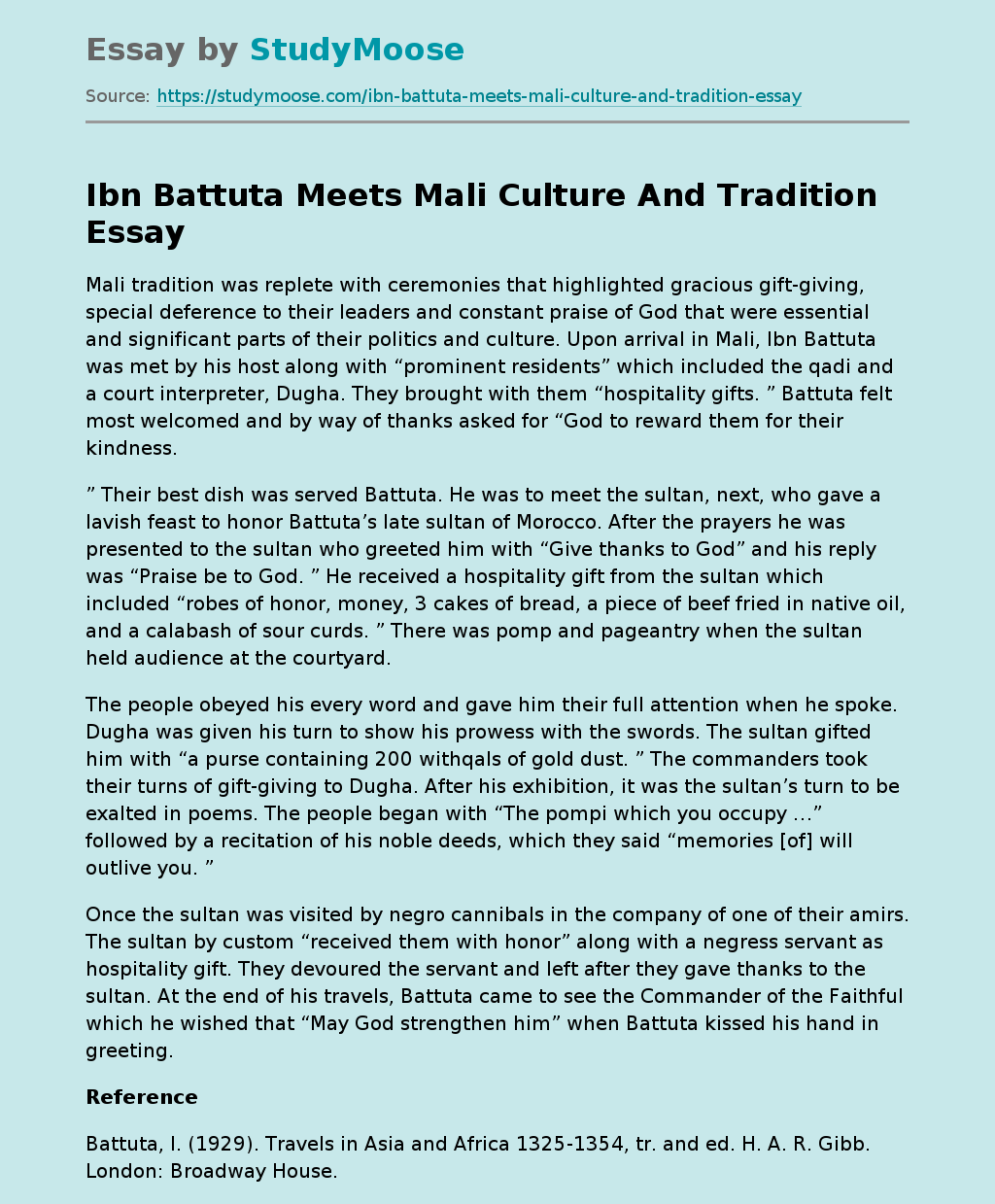