The local communities of Greek Orthodox Churches usually managed Greek Festivals. Generally the center of intellectual activities of the local Greek population is the Greek Orthodox Church which ahead of a spiritual place of reverence. A month long preparation for the group of community volunteers whose duty is to put in order the Greek Festival and as the day of the Greek Festival is very near to come many more volunteers are gathered together. Ladies, because of their skill or expertise in cooking the exclusive home made taste and appearances of traditional Greek food are very much recognized in these festival days.

Don't use plagiarized sources. Get your custom essay on
“ Greek Festival and Florida International Festival ”
Get custom paper
NEW! smart matching with writer

Volunteers make use of recipes originate from their elder. Greek Festival’s common sights of the celebration were the dances performed wearing traditional dresses which are evocative of different parts of Greece in old time.

Hosted by the Church, the youth of the Greek Sunday school present the traditional Greek folk dances or sometimes a dance group formed by the local members of the public which serves as their relaxation.

Merchants were also found whose mission was to go to Greek festivals and sell Greek artifacts such as souvenirs, jewelry, pottery, little statues, posters, pictures, music, etc. that are trade in from Greece. Greek festivals were planned by local people and rely on volunteers who drawn in out love for their culture and traditional morale and all were presented in the distinct management and experience of the general activity. Greek festival was only one of its kind occurrences that at all times encompass a rewarding feeling of pleasure and harmony.

Florida International Festival The Florida International Festival held at Daytona Beach was composed of world-class musical performances, from classical and jazz to world beat and family entertainment that really fit the taste of the viewers and this was incomparably to any other musical festival. The Festival features the London Symphony Orchestra (LSO) since forty years. The well-known performers of the world will also occupy the Festival’s stages jointly with the London Symphony Orchestra (LSO).

Artist who did a magnificent presentation were, the Hungarian-Gypsy violinist Roby Lakatos and Ensemble who opened the night with a magnificent performance, the pianist-composer Ahmad Jamal who astounded the audience with his trio in a concert ,the international superstar Mariza who temporarily deprive of sight audiences across four continents, the famous Catalán gambist Jordi Savall, the foremost analyst of music from the Middle Ages and Renaissance, joined by soprano Monserrat Figueras, present a program of songs and dances from the Sephardic tradition, a fleeting look into her great musical talent as an Italian singer offered by old Chiara Civello, Qantara amazed viewers as they perform everything from traditional Arabic sounds to jazz and Pianist composer Hiromi was on a uncontrollably rollercoaster to success Latin American style, Irish most wanted Solas, and Arabic music master Simon Shaheen.

A once-in-a-lifetime chances for the students of music in the area to talk and be trained by the music masters because the excellent artists took part in the educational outreach program together with the members of the London Symphony Orchestra (LSO).Included in the said program were free concerts.

The very important aspect in Florida International Festival same in the past was education and reaching and this time celebration opened lots of learning for everyone. 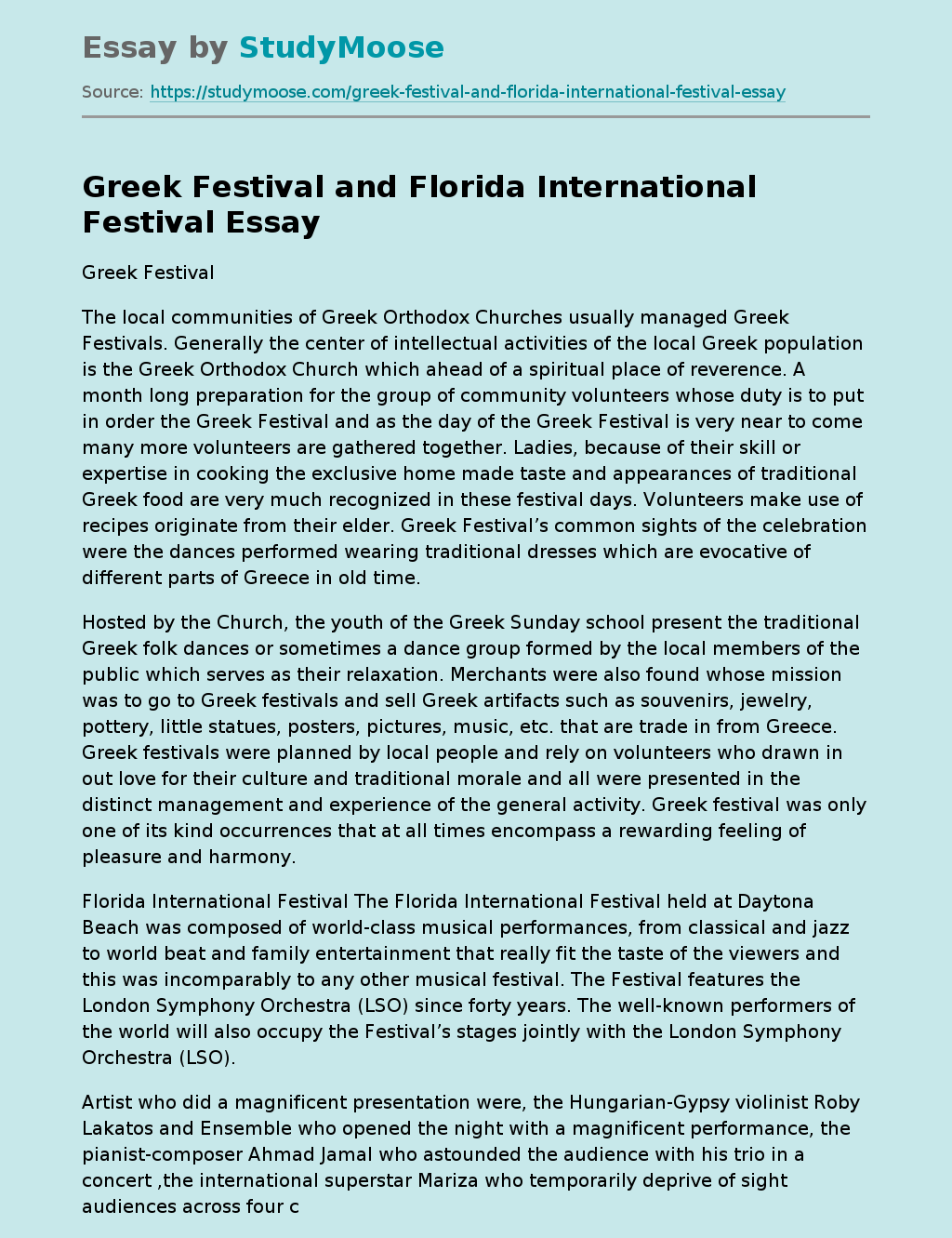