Kurnool District is a district in the state of Andhra Pradesh, India, located in the west-central part of the state on the southern banks of the Tungabhadra and Handri rivers. The town of Kurnool is currently the headquarters of the district. It had a population of 3,529,494 of which 23. 16% were urban as of 2001. In 12th century AD, the Odder, who carted stones for the construction of the temple at Alampur, Mahaboobnagar District, on the left bank of the River Tungabhadra, used the site where the town now stands as a stopping place before crossing the Tungabhadra.

Don't use plagiarized sources. Get your custom essay on
“ City of Kurnool ”
Get custom paper
NEW! smart matching with writer

They greased their cart wheels with oil supplied by local oil merchants and called the place ‘Kandanavolu’ which in course of time came to be known as Kurnool. Of historical interest are the ruins of a royal fort dating back to the medieval kingdom of Vijayanagar, which flourished from the 14th to the 16th century. Several Persian and Arabic inscriptions which throw light on various aspects of historical interests are found here.

In Kurnool there are 52 dargahs (shrines) located around the Tungabhadra and Hundri rivers. A very famous and lengthy K.

C. Canal starts in Kurnool and ends in Cuddapah. It is around 300 kilometers long. In Kurnool city there are a number of ancient temples, churches and mosques. Kurnool city, known as the gateway to the Rayalaseema, on N. H. 7 (Kanyakumari to Varanasi) on the banks of the Rivers Thungabhadra and the Hundri was the capital of the first linguistic state in free India, Andhra State from 1 Oct.

1953 to 31 Oct. 1956. As such it has some historical buildings. Kurnool has freedom fighters like Vuyyalawada Narsimha Reddy, Gadicharla Harisarvothama Rao. 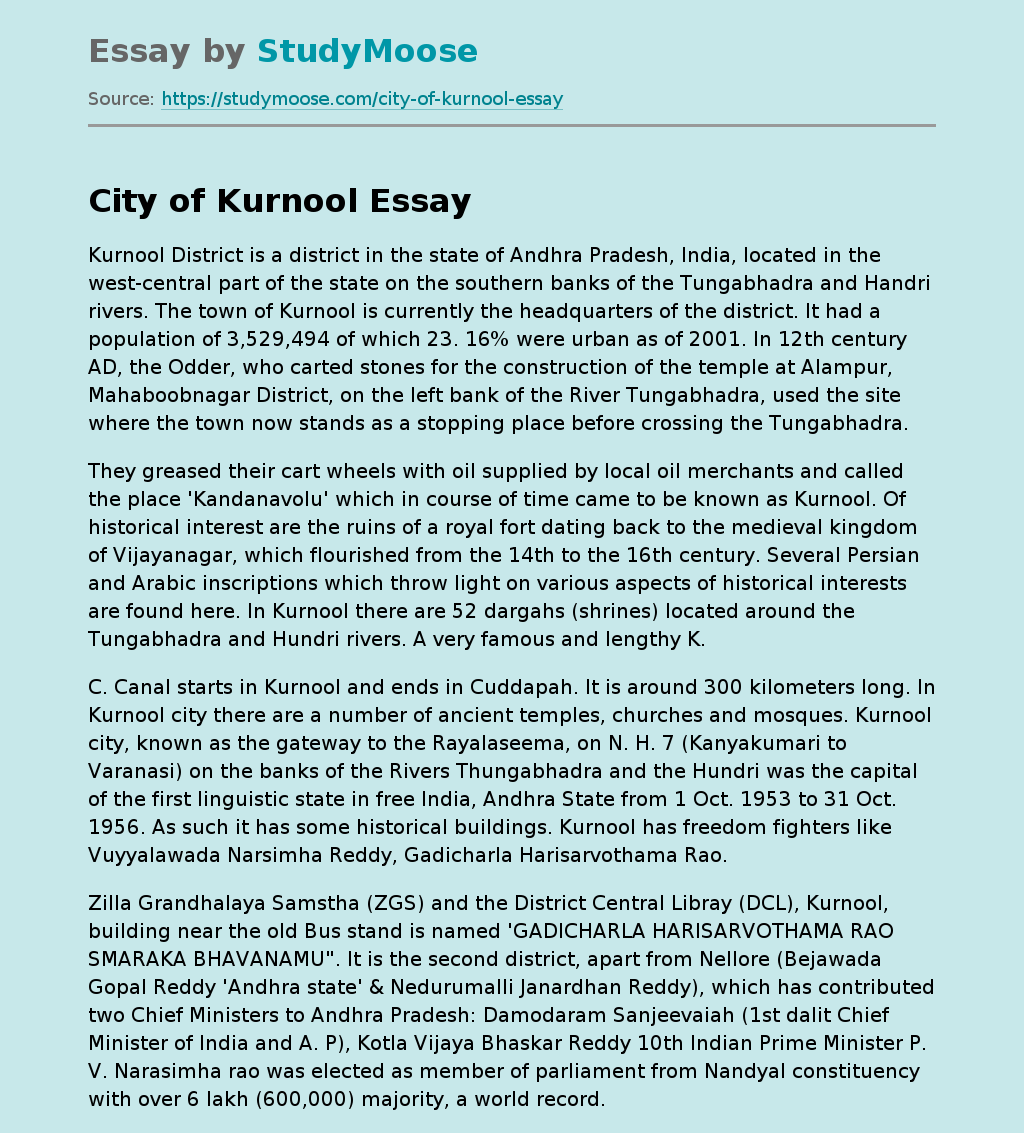