Brazil is a country in South America that is beginning to flourish and demand attention from the rest of the world. Brazil has had a troubled past gaining independence and problems with poverty but in the last few decades has gotten onto its feet and is, in my opinion, beginning their golden age.

Artistic and/or intellectual achievements: The core culture of Brazil is a mixture from Portuguese culture, because of the colonies formed by the Portuguese empire; and other influences like Roman Catholicism and the strong influence by African and cultures and traditions.

The music of Brazil was formed mainly from the fusion of European and African culture. But not only do Brazilians love their music, dancing and art, they are proud of their Brazilian national football team that is ranked among the best in the world and has won the world cup 5 times. medical, technological and/or scientific contributions: Technological research in Brazil are conducted in universities and institutes.

The funding for most of this research comes from the Brazilian government agencies. economics: Brazil is the largest national economy in Latin America and has growing market exchange rates and purchasing power parity.

The Brazilian economy has been predicted to become one of the five largest in the world in the decades to come. Brazil has an employment rate of over a hundred million and the unemployment rate is as small as 6.2% of the population. politics: The main four political parties that stand out in Brazil are the Workers’ Party, Brazilian Social Democracy Party, Brazilian Democratic Movement Party, and Democrats.

Dilma Rousseff is the current Brazilian president. social developments and/or humanitarian efforts: A pole done in 2011said that the literacy rate of the population was 90.4%, meaning 9.6% of people are still illiterate in the country. Every year this can go up if children aren’t reached. As well as a growing education, the cultural diversity is much like a large thriving country. About 92 million described themselves as White, about 83 million claim themselves multiracial, about 13 million are Black from African decent. Many others identify with Asian decent or relation to Amerindians. 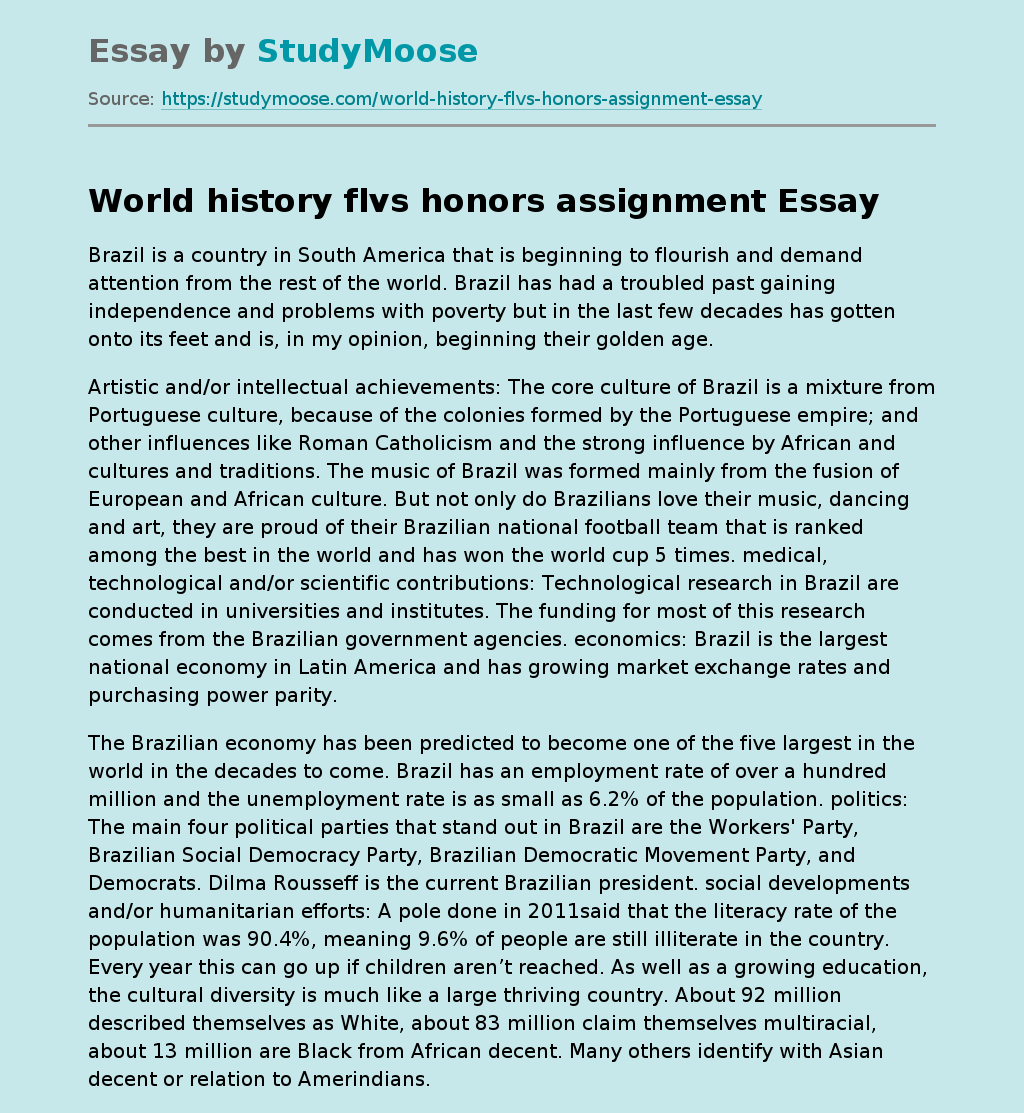