Women's role in revolutionary Russia Even though women have often been

2.2 Women’s role in revolutionary Russia Even though women have often been seen to have taken a backseat position in the Russian Revolution, it was ultimately women who fuelled the it with start of the February Revolution on 23 February 1917 as Thousands of female textile workers and housewives took to the streets of Petrograd, the Russian capital to protest about bread shortage and to mark international women’s day. However both western and soviet historians have said these actions of women to have been due to spontaneity of a food riot rather than for political means.

Don't use plagiarized sources. Get your custom essay on
“ Women’s role in revolutionary Russia Even though women have often been ”
Get custom paper
NEW! smart matching with writer

In this sense, it is questionable as to whether or not these actions were an intentional effort to improve the condition and position of women in the country. In contrast to this, some historians regard this as one of the most important first steps in the revolution as women had hope that their aid in the First World War, of which their participation was heavily relied upon would help bring equality to the nation.

This participation is seen as minor, however without these actions the revolution may not have happened in the way that it did.The political stance of women is a difficult topic to handle, as because most women in the nation during that time were illiterate and were used to the mundane way of domesticity, it seems that they either clung to the chance of a new governmental system and in turn new opportunities as a way of breaking out, or as historian Barbara Evans Clements states most women preferred the time-honored patriarchal forms of the family and village.

Women's role in revolutionary Russia Even though women have often been. (2019, Aug 20). Retrieved from https://studymoose.com/womens-role-in-revolutionary-russia-even-though-women-have-often-been-essay 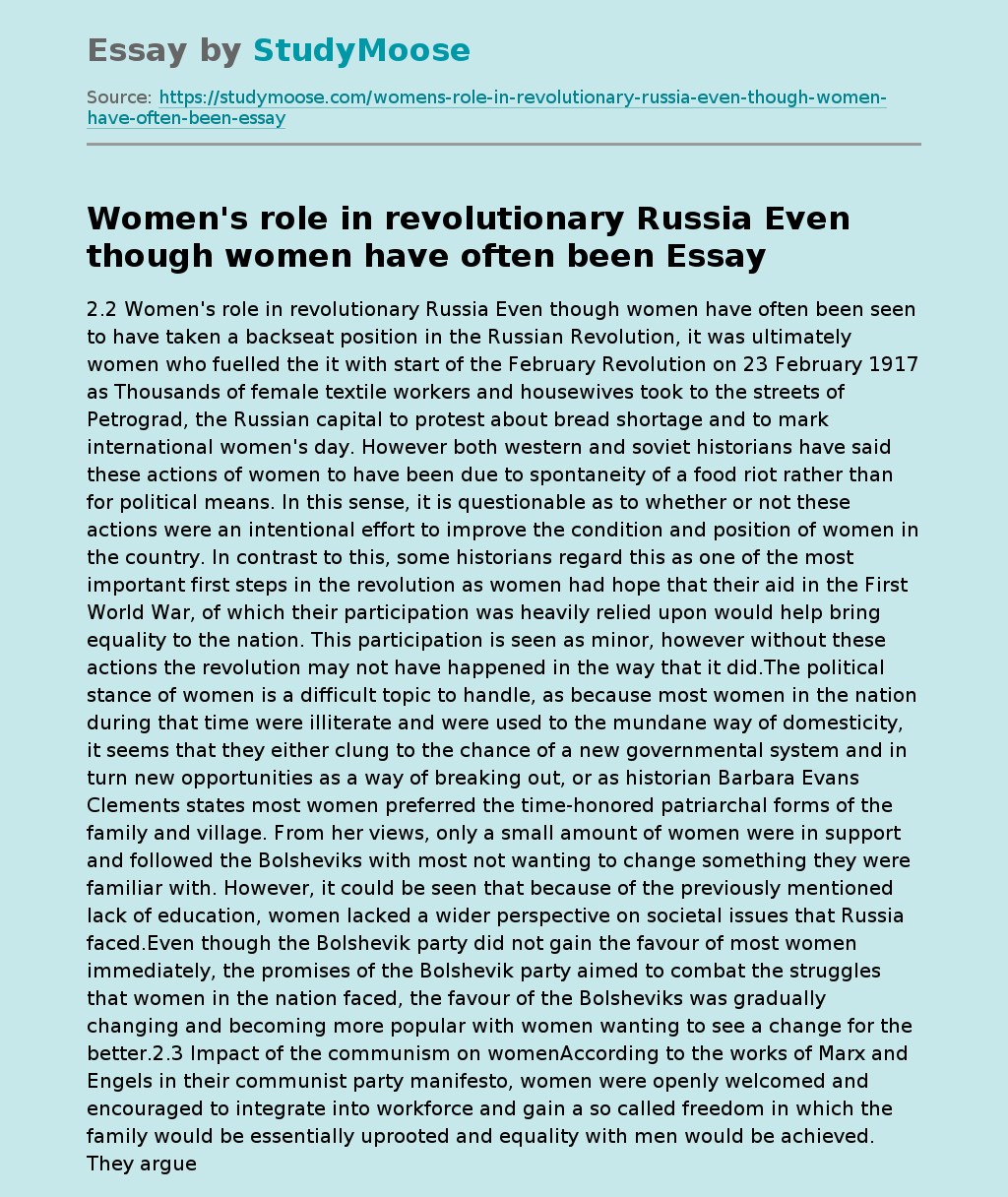