Woman Hollering Creek and Other Stories is a book of short stories published in 1991 by San Antonio-based Mexican-American writer Sandra Cisneros. The collection reflects Cisneros’s experience of being surrounded by American influences while still being familially bound to her Mexican heritage as she grew-up north of the Mexico-US border.

Woman Hollering Creek and Other Stories

These tales focus on the social role of women, and their relationships with the men and other women in their lives. The majority of the characters are stereotypes: men embody machismo while women are naïve and generally weak.

Cisneros focuses on three feminine clichés: the passive virgin, sinful seductress, and traitorous mother.[1] Not properly belonging to either Mexico or America, the Chicana protagonists earnestly search for their identity, only to discover abuse and shattered dreams. Apart from focusing on these issues of struggling females, Cisneros simultaneously develops the readers’ sensitivity towards the lives of immigrants.

The vignettes are quite short on average; the longest is 29 pages, while the shortest is fewer than five paragraphs.

Despite such limited space, Cisneros experiments with daring poetic prose in her storytelling; for example, each story presents a new character with a distinct literary voice and style. Such writing has earned her the title of an accomplished Chicana poet, with the added credentials of her published books of poetry My Wicked Wicked Ways (1987) and Loose Woman (1994).[2] 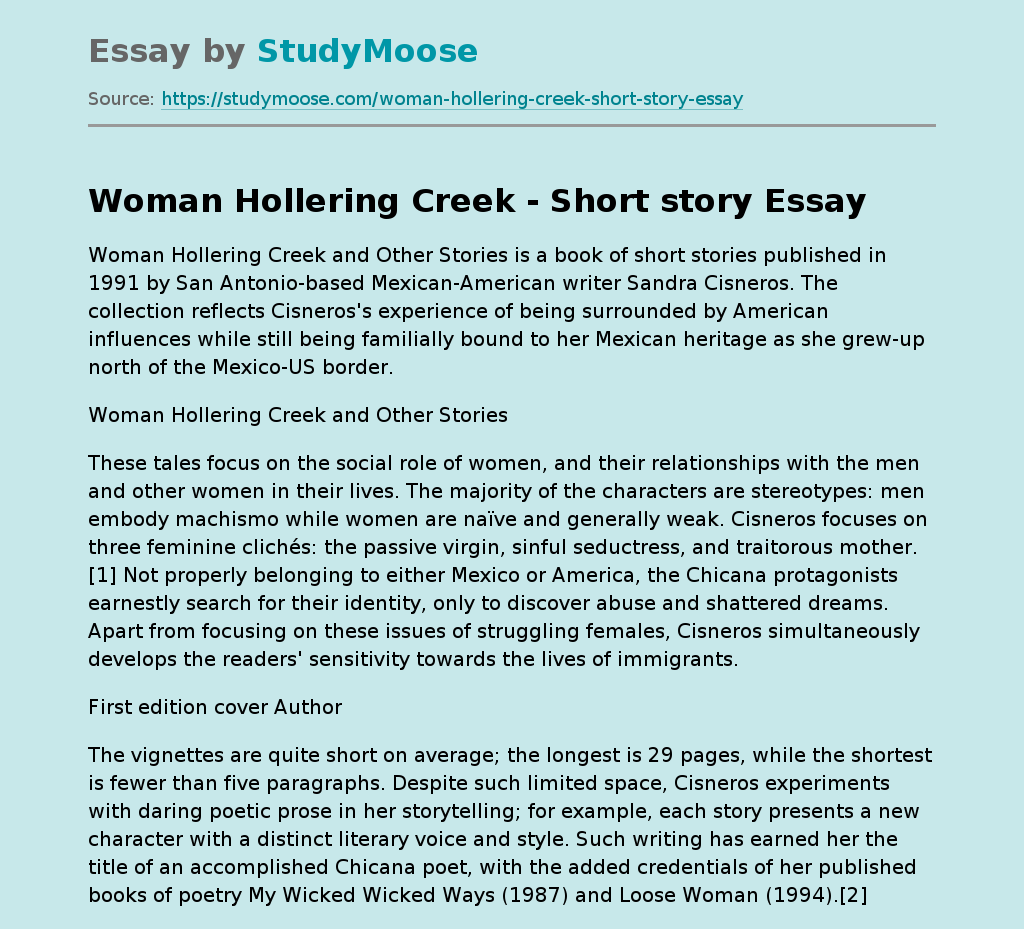