Foreshadowing is frequently utilized by an author to heighten the interest in the story. The author of “A Rose for Emily” foreshadows the discovery of Homer Barron’s body in a couple of different methods. The smell that establishes around Emily’s home, and Homer never returning to Emily’s home are both foreshadowing what happens later on in the story. When Emily entered into the drug store stating “‘ I want the finest you have. I don’t care what kind'”,(William Faulkner) and bought rat toxin, it immediately informed the reader that someone is the story was going to die.

Don't use plagiarized sources. Get your custom essay on
“ William Faulkner’s Short Story A Rose For Emily ”
Get custom paper
NEW! smart matching with writer

While reading this story, I believed that Emily bought the rat poison in order to kill herself, not Homer Barron. Right at the end of the story, when the door to the home gets opened, the Negro immediately leaves, which shows that he has actually got something to hide. We soon discover that he indeed had something to hide, Homer Barron’s body.

Emily Grierson’s portrayal of truth is completely different from the reality surrounding her.

Emily doesn’t allow the mayor to put up a mailbox in front of her house, and refuses to accept the fact that there might be mail coming to her house. She believes that since she doesn’t have any actual friends, there will be no mail getting delivered to her house. She believes that since nobody is friends with her, she should have no mail. Emily refuses to accept a lot of things.

She also refuses to pay taxes because she has “‘no taxes in Jefferson (William Faulkner). After her father’s death Emily had been dismissed of paying taxes and had still not realized that time had gone by and things had changed. Emily also refused to accept her father’s death and follow the rules at the pharmacy when asked to identify the reason she that she needs rat poison. Emily Grierson does not seem to understand that things change as time passes by. Homer may have changed his mind about being with Emily, but Emily did not want to accept this fact. This may have caused her to keep Homer with her forever, in her own, sick, twisted way. 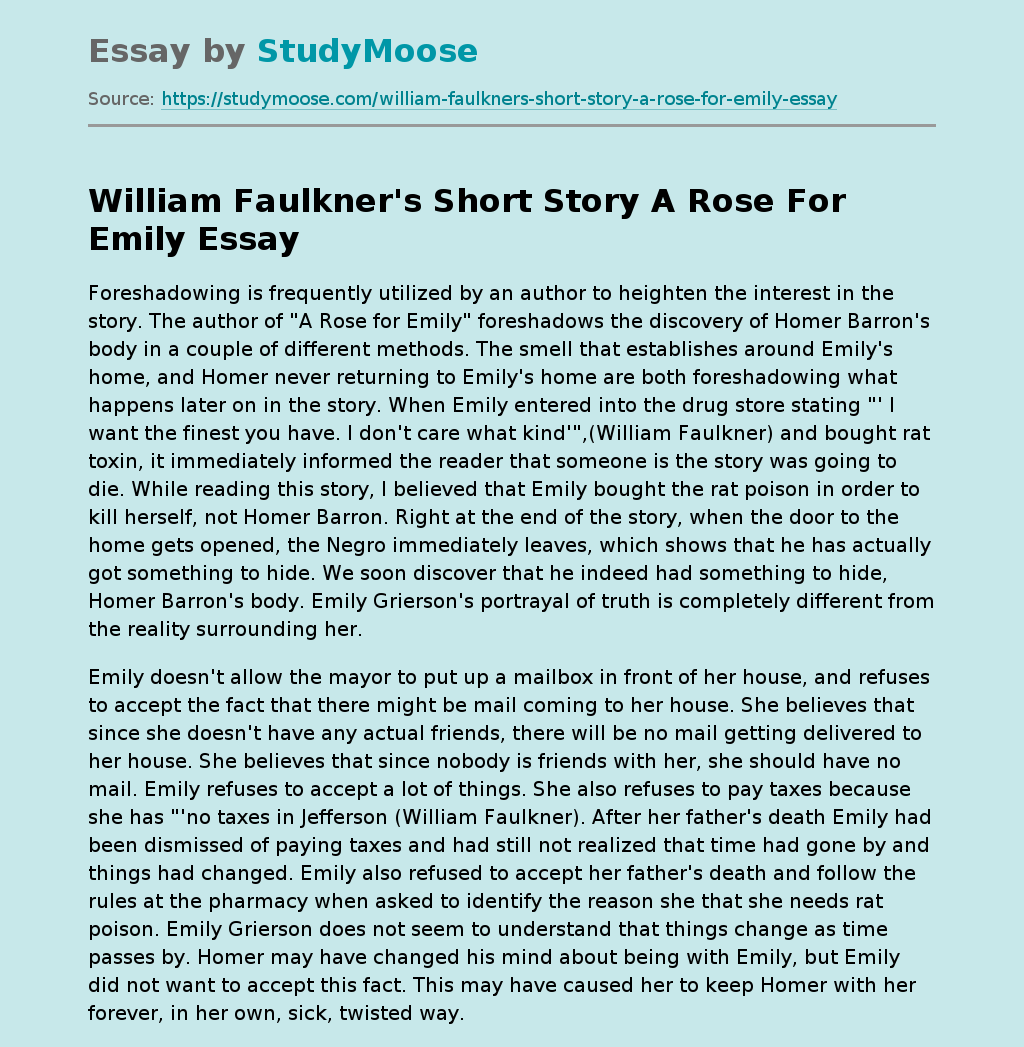