In 1982, Stephen King, a renowned horror author, published a very brief essay titled, “Why We Crave Horror Movies” and then submitted it to the Playboy Magazine. Around that time, a few year prior, a mass murder and serial killer named Ted Bundy, who was at his prime between 1784 and 1778, was found connected to at least 36 murders. Ted Bundy proclaimed that his reason behind his mass murders were due to pornography, which can be found in any Playboy magazine. Knowing this information, Stephen King could have published this essay in Playboy to address that horror movies could be used as a release to discard any insane emotions rather than eventually leading up to killing an innocent human being.

Don't use plagiarized sources. Get your custom essay on
“ Why We Crave Horror Movies:1982 Essay Analysis? ”
Get custom paper
NEW! smart matching with writer

As a result of this essay, men will go see horror movies so they can prove that they are too afraid to watch those types of movies. Stephan King uses allusion to persuade men that they crave horror movies.

For example, “…if your insanity leads to you carve up women like Jack the Ripper or the Cleveland Torso Murderer, we clap you away in the funny farm…” This makes men think about their insanity levels, what causes their insanity and whether it leads them to wanting to kill or rape women like the alluded mass murderers: Jack the Ripper and Cleveland Torso Murderer. This strategy appeals to men because many men in our society get and have a violent side to them, whether it is very large or miniscule.

Why We Crave Horror Movies:1982 Essay Analysis?. (2016, May 26). Retrieved from https://studymoose.com/why-we-crave-horror-movies1982-essay-analysis-essay 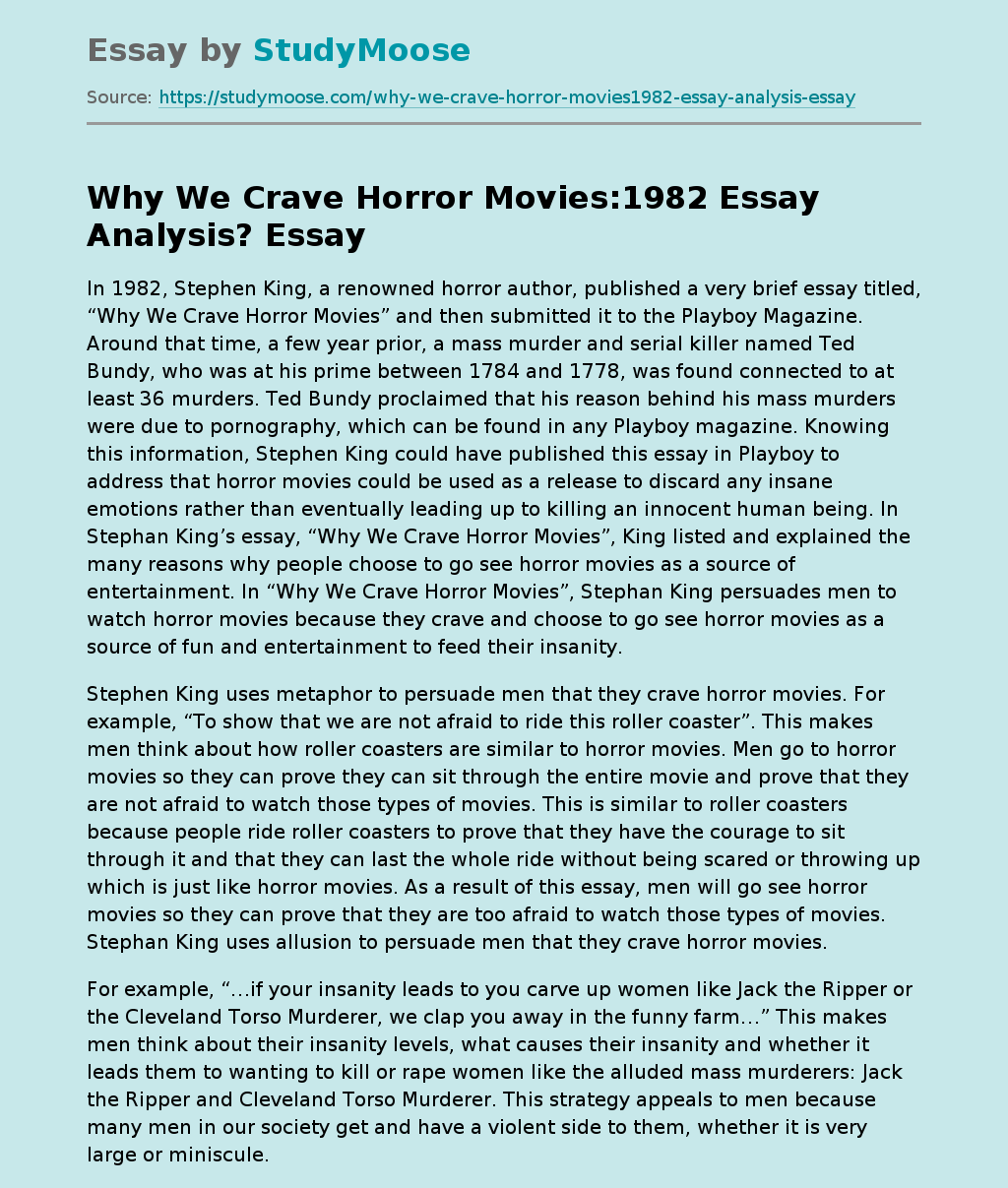