There are many reasons why guns should be banned. Nowadays we live in a fast world full of stress in which one a simple gesture, look or opinion can put end at your life in a second, just for a bad interpretation or a madness people. Gun control is simply not an option. It is a real issue that we have to face and as soon as we do it the better results that we can have.

Our world is in constant change every day and wanted or not guns are part of it.

Don't use plagiarized sources. Get your custom essay on
“ Why Banning Handguns Makes Sense? ”
Get custom paper
NEW! smart matching with writer

No guns around us means less murders and that is a good reason to get rid of guns completely. No other developed country has such a high rate of gun violence like USA. At this moment there are many countries that have outright banned the sale, use and ownership of guns, in those countries the murders and accidental death rate is far lower than in the USA.

The possibly to have a gun today is as simple as wanted. Nobody care if the person that go to the store and buy a gun have any mental disorder like psychotic or delusional, in which one the person pulls the trigger without real consciousness of what she or he is doing.

As a matter of fact, the gun industry is bigger and bigger every day. It is a big monster that it seems no stop to grow never. It is incredible to see how Federals law offer an extraordinary protection for gun manufactures.

In 2005, Congress passed the Protection of Lawful Commerce in Arms Act, which shields gun manufactures and sellers from civil claims brought by victims of gun violence. However, research overwhelming concludes than more guns equal more death. If we put a gun in the wrong hands is just a matter of time that some innocent people can be hurt or what it is worse the result ends in death.

However, guns are necessary in a violent world. They provide protection for muggings, home invasions, terrorist incidents and mass shooting. Furthermore, if the people have the possibility to possess guns in the worst-case scenario, they can use them against the tyranny. Should it ever come to insurrection, then the people would have the means to rise in armed revolt against the authorities and overthrow them. Even if it never comes to that, the threat of armed rebellion will help preserve government from tyranny.

In other words, guns are an incredible invention made for the men to defend themself in case necessary. Do not misunderstand the original purpose for which one was created with the different use that we are giving to them nowadays. Violence generate more violence. We need to give ourselves the opportunity to be better persons and humans being. It is imperative that we wake up for this nightmare that we are having right now as soon as possible, if we do not reconsider the way that we are acting fast, the final consequences will not be only for us but for the entire humanity. Because as P.G said “The fascination of shooting as a sport depends almost wholly on whether you are at the right or wrong end of the gun.” 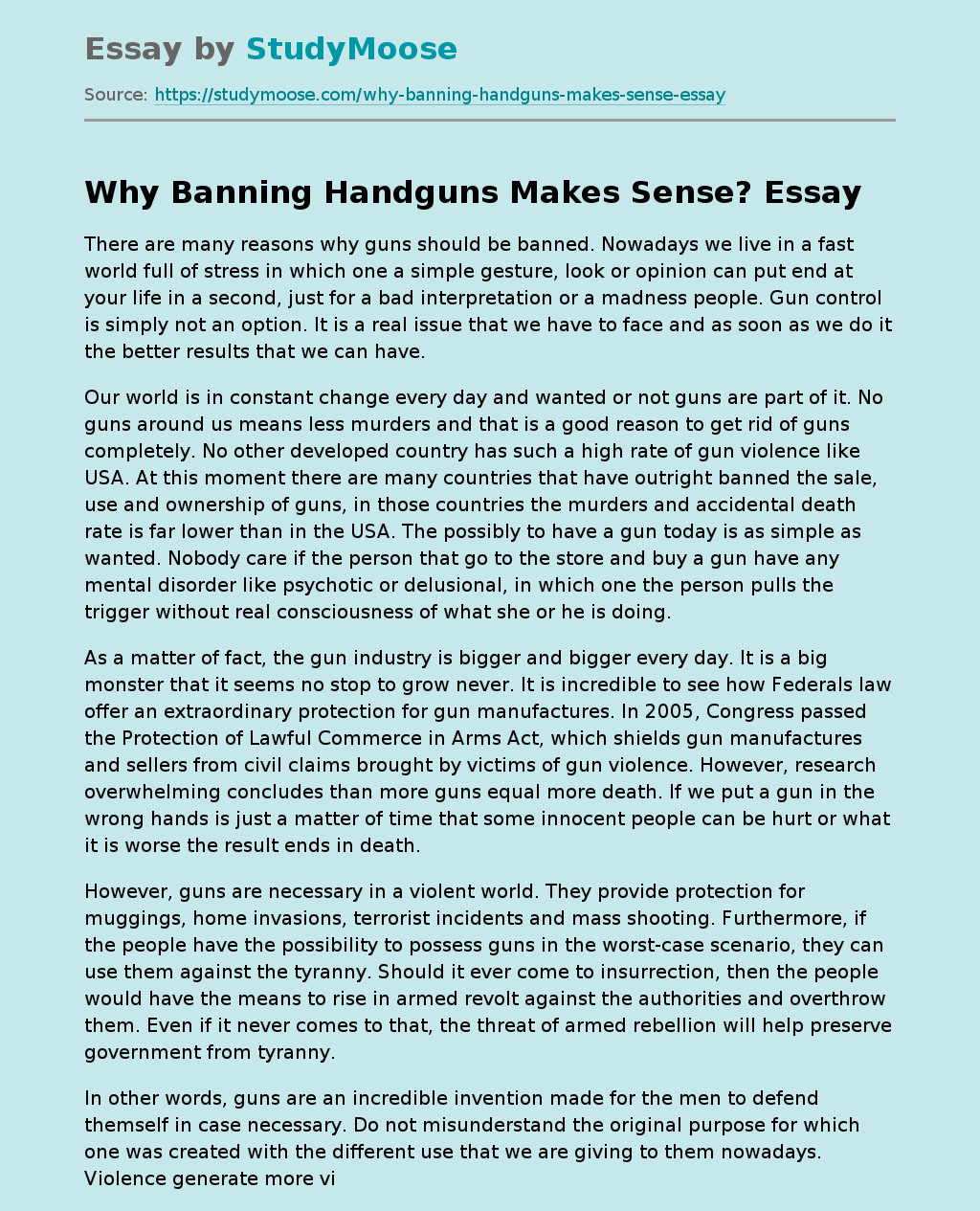