WHY AND HOW THE COLD WAR WAS FOUGHT AND ITS EFFECTS?

Don't use plagiarized sources. Get your custom essay on
“ WHY AND HOW THE COLD WAR WAS FOUGHT AND ITS EFFECTS? ”
Get custom paper
NEW! smart matching with writer

The conflict was majorly based on the competing economic and political systems between the two nations. The Communist system employed by the Soviet Union together with its allies and democratic Capitalism used by the United States together with its allies. This period featured intense economic and political rivalry as well as military and diplomatic posturing between these nations. These years were also host to dramatic military spending increases, hyperbolic rhetoric among leaders from both leaders, high tensions, and thousands and millions of casualties of proxy wars such as the Korean war, the bay of pigs invasion, Cuban missile crisis, the Vietnam war and the Soviet-Afghan war across Africa, Latin America and Asia.

The parties involved considered their political and economic systems to be superior to their rivals and viewed almost every event taking places globally as to be part of the ongoing confrontation in an effort to determine which between Communism and Capitalism would emerge as the prevailing ideology across the globe.

WHY AND HOW THE COLD WAR WAS FOUGHT AND ITS EFFECTS?. (2021, May 19). Retrieved from https://studymoose.com/why-and-how-the-cold-war-was-fought-and-its-effects-essay 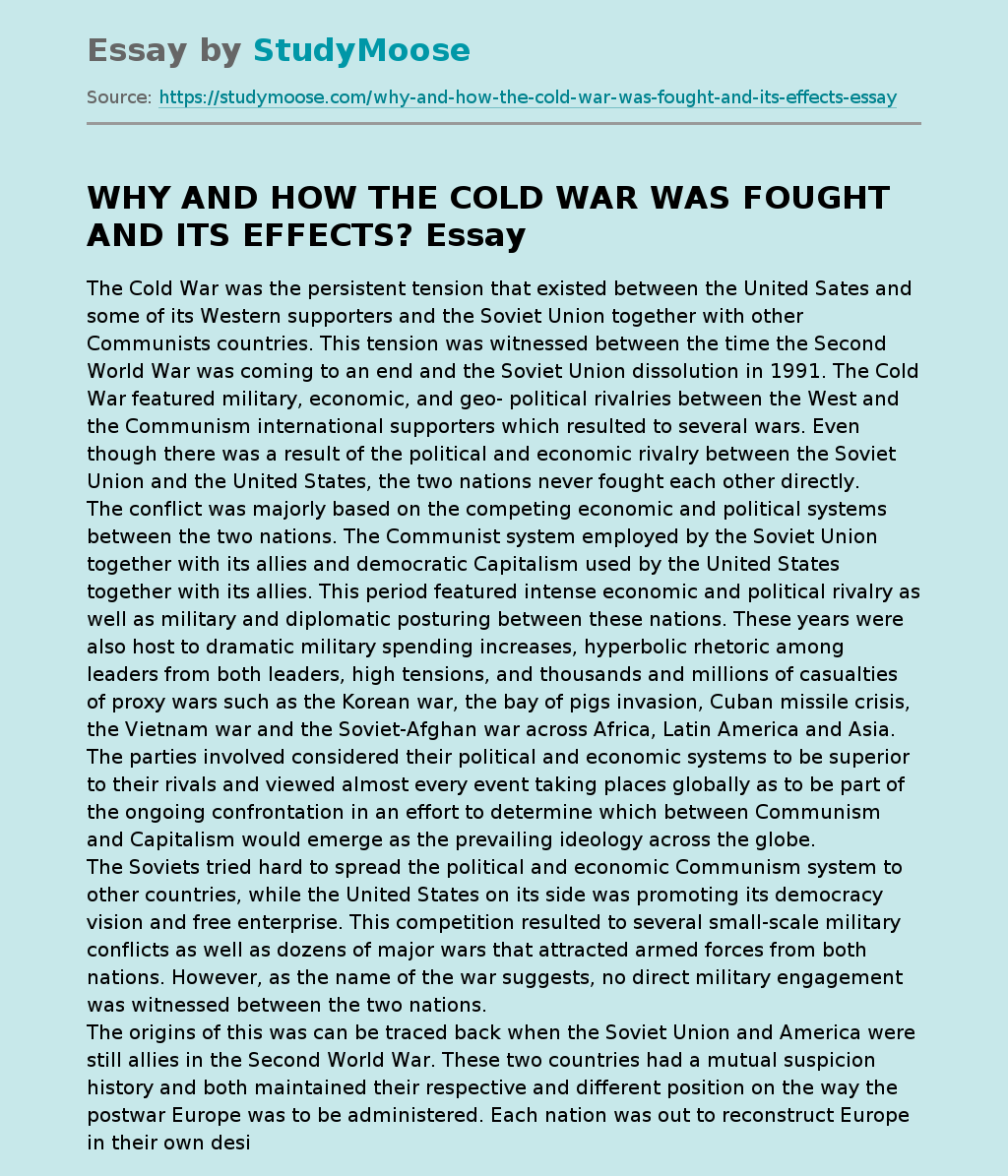