Abstract This paper is about my reflection of White Privilege in the United States. I got my information from four resources. The first resource was the handout provided for this assignment; White Privilege: Unpacking the Invisible Knapsack, by Peggy McIntosh. The second resource was the website, www. jstor. com. Access is provided via Northeastern State University as a resource for peer-reviewed articles. Thirdly, the textbook, Cultural Diversity, by Jerry Diller was used as a resource. The fourth resource is the most important, in my opinion.

That resource is my mind.

This is an opinion/reflection paper; therefore the mind of the author is most definitely significant. The paper is a reflection of how I feel after reading Peggy McIntosh’s handout. White Privilege: Reflection Paper Race is obviously still a huge issue within the United States. Not only do we have racism against people of color, but white people are coming into more racism and hate than ever before. The reason for this is because the rapid changes in what race is the majority and what race is the minority.

Minorities, classified as those of any race other than non-Hispanic, single-race whites, currently constitute about a third of the U.

S. population, according to Census figures. But by 2042, they are projected to become the majority, making up more than half the population. By 2050, 54 percent of the population will be minorities. (CNN, 2008) Racism is thought to only be white people, because of power, against all other races. Now days, you see racism against whites as well.

I would have to disagree with the thought of white privilege. In this day in age, we all get our certain privileges. It’s true that fifty or sixty years ago there was an issue with white privilege, but I honestly think that there is no such thing now.

We live in a country where everyone has the same chances. Some have harder roads to travel down, and I’m not going to say that some don’t have it easier than others. I however do not feel that it is mostly whites that have it easier than colored people. I know many white people who have struggled their entire life with hate, society, economics, etc. I know many colored people who have had a great privileged life. It goes hand in hand. Due to the lives that our families before us lead, we will be given different paths to success. Although they are different, we all can achieve the same goals.

I am a huge supporter of helping out people who truly need help, but I am also a huge supporter of getting off of handouts and helping your own self. It’s really hard to see our country turning to be a welfare nation. The struggling is true for all races, so no one should feel obliged to be taken care of, or given things just because they are a minority. “Few white are aware of the benefits they receive simply from being white and that their actions, without malicious intent, may undermine the well-being of people of color. ” (Puldio, 2000) What about the other way around?

There are many privileges that people of color get that white people have no chance at getting. For instance, when I was nineteen, I had to have pre-cancerous lesions removed from me. I had no medical insurance, so the hospital forced me to apply for a medical card. I called to see what I needed to do. The lady on the phone was rude, impatient, and uncaring. She asked me three simple questions. First questions was, are you a minority? Second question was, are you pregnant? Third question was, are you a single mother? My answer, to all three questions, was no.

She responded with a laugh stating that I definitely did not qualify for one, and I didn’t qualify for any other assistance either. So even though I was nineteen, a full-time above average college student, a full-time worker, and had pre-cancerous lesions I didn’t qualify because I wasn’t a minority, pregnant or a single mother. That is terrible. If anyone deserved it, it was me. I had worked since sixteen, and had paid money into the systems that were now denying me assistance. Although the minority, pregnant, uneducated people of the world could get all the free help they applied for.

Like I said, I do agree with helping those in true need of assistance. However, there are too many people who are cradle to grave welfare recipients, and that just isn’t right. Somewhere in the system there needs to be a program in assisting those to get off of the system. According to Peggy McIntosh, her reasons for feeling that whites have privileges were legitimate reason, like I said, fifty or sixty years ago. For instance, “I can turn on the television or open to the front page of the paper and see people of my race widely represented.

” (McIntosh) This is a true statement for all races. The United States has done a good job at trying to display all races equally in public broadcasting and publishing. She also says that if she was to move, her neighbors would more than likely be pleasant with her. This also isn’t true for white people. I lived in a predominately white small town, and my neighbor legitimately hated my family. I never knew why, but she would do things that were dangerous to my family. The only thing we could think of was because we were Catholic. That’s the only thing that was different about us.

We even had African American neighbors also, and this lady was nice to them. One time she even lit a match and threw it in a pile of mulch that was five feet from our front door. These types of things happen to everyone, and everywhere. The one that gets me the most, from the article, was “I can worry about racism without being seen as self-interested or self-seeking. ” (McIntosh) This statement is so untrue for white people. Anytime we talk about anything that has to do with embracing our white culture, we are setting back other races.

If white people had an organization similar to the NCAAP, it would be racists, and politically incorrect. Jesse Jackson and Reverend Al Sharpton have made racism against blacks and whites a more prevalent issue, because they make every little thing about race. Even politics is all about racism. “The effects of growing up in a racist system embed racist thought and behavioral patterns deep inside. ” (Eichstedt, 2001) Although I do not agree that white privilege is an issue, I do believe that racism, among all races, is very much still an issue.

These black people would go around using white derogatory names with no consequences due to fear. As with everything, there are always exceptions, but for the most part that was what went on in the town that I lived in, while growing up. This power by fear can come in all shapes and sizes. Racism comes from all races against all races. It is not something that only white people can be. As previously mentioned, race is, and unfortunately, probably will always be an issue in the United States. “Human beings go to great lengths to avoid new evidence that is contrary to existing beliefs and prejudices.

” (Diller, 2011) The differences in other cultures tend to disgust or scare others that do not understand it. My solution, with most issues that society faces, is education. The more people can learn about others, the better we can start to not fear differences. One way to help this problem might be to make high school curriculums include two or three culture diversity classes. All in all, if we were more open to knowing what it meant by others actions and behaviors, we would more than likely become more accepting of it. 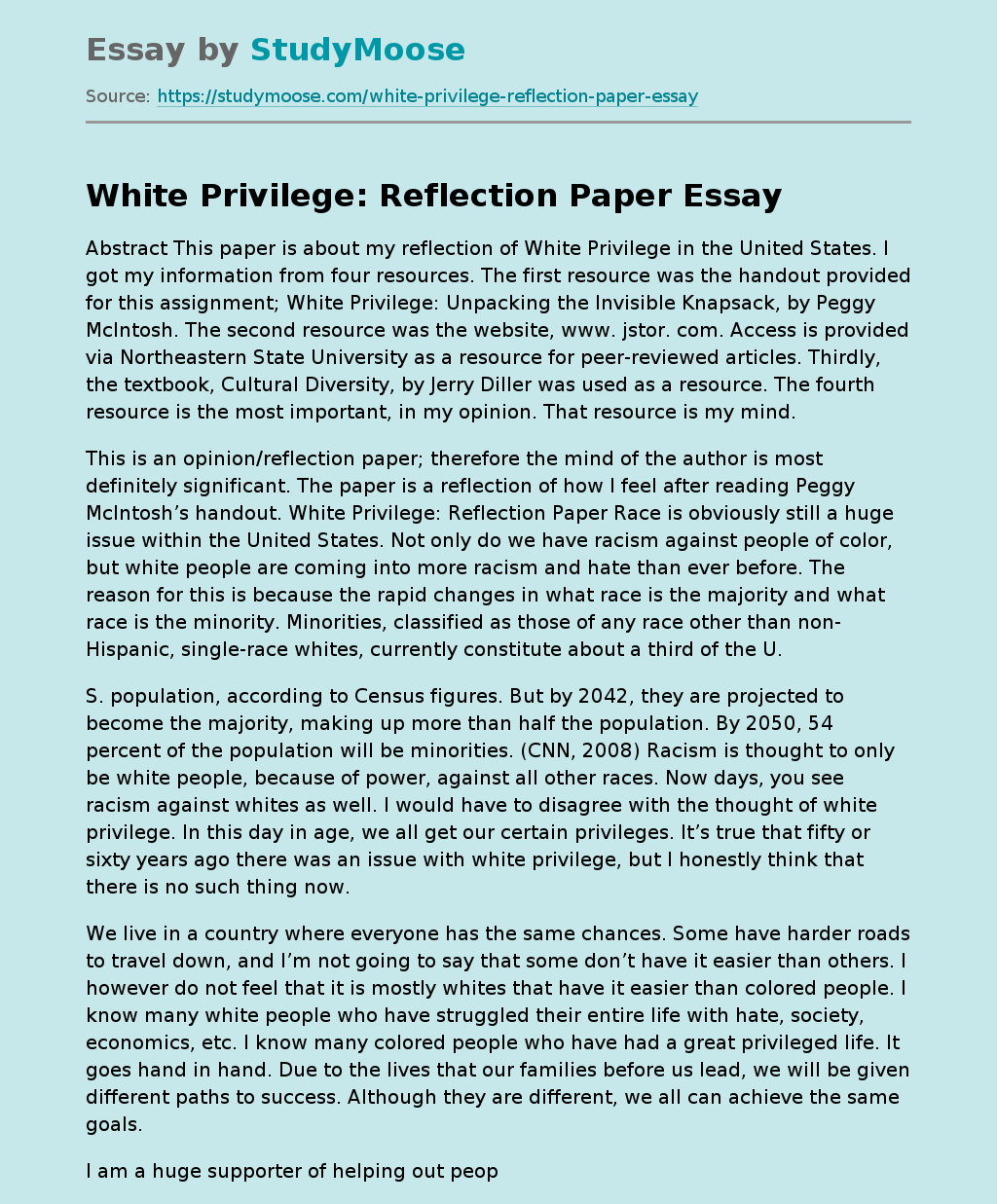